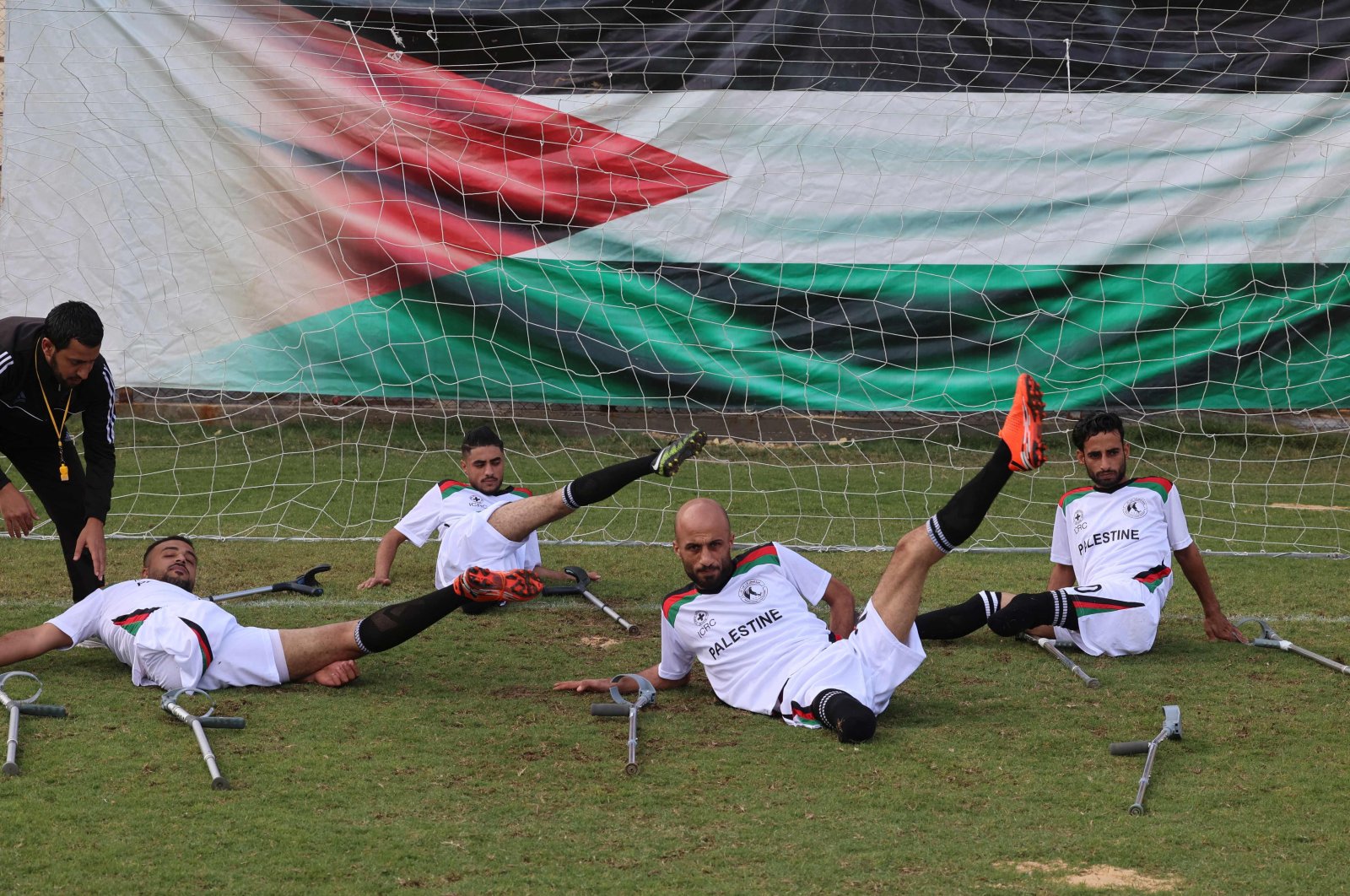 Palestinian players with disabilities, part of a football team organized by the International Committee of the Red Cross (ICRC), take part in a training session in Gaza City, the Gaza Strip, Palestine, Dec. 2, 2021. (AFP Photo)
by Daily Sabah with AFP Dec 02, 2021 10:14 pm
RECOMMENDED

Standing on prosthetic legs and holding crutches, the squad of 20 amputees ran and dribbled on Thursday while training in the Gaza Strip to qualify for the Amputee Football World Cup.

The first-ever Palestinian national football team for amputees has been practicing for the big game at the Palestine Stadium in Gaza City under the supervision of the International Committee of the Red Cross.

The players on the team were picked from five Gaza clubs meant for players who lost limbs.

Player Hassan Abu Kareem, 38, said his leg was amputated after he was injured in an Israeli raid on the al-Maghazi refugee camp in 2006.

"From the moment of injury, my life has not changed," he told Agence France-Presse (AFP).

"I continued with my ambition and great goal in life, and my goal is to represent Palestine and to make an achievement for myself in the field of sports."

Red Cross spokesperson Suhair Zakkout said the players were setting a new Palestinian standard after the first local team began in 2019 with several players. "Today, these players make history by forming the first national football team for amputees," she said.

Zakkout said the players were training for qualifying matches to be held in March 2022 in Iran. If the team succeeds, they will go on to play the Amputee Football World Cup, slated to be held in Turkey in late 2022.

Fuad Abu Ghaliun, chairperson of the Palestine Amputee Football Association, said his group applied to join the World Amputee Football Federation in 2019. Their candidacy was accepted earlier this year.