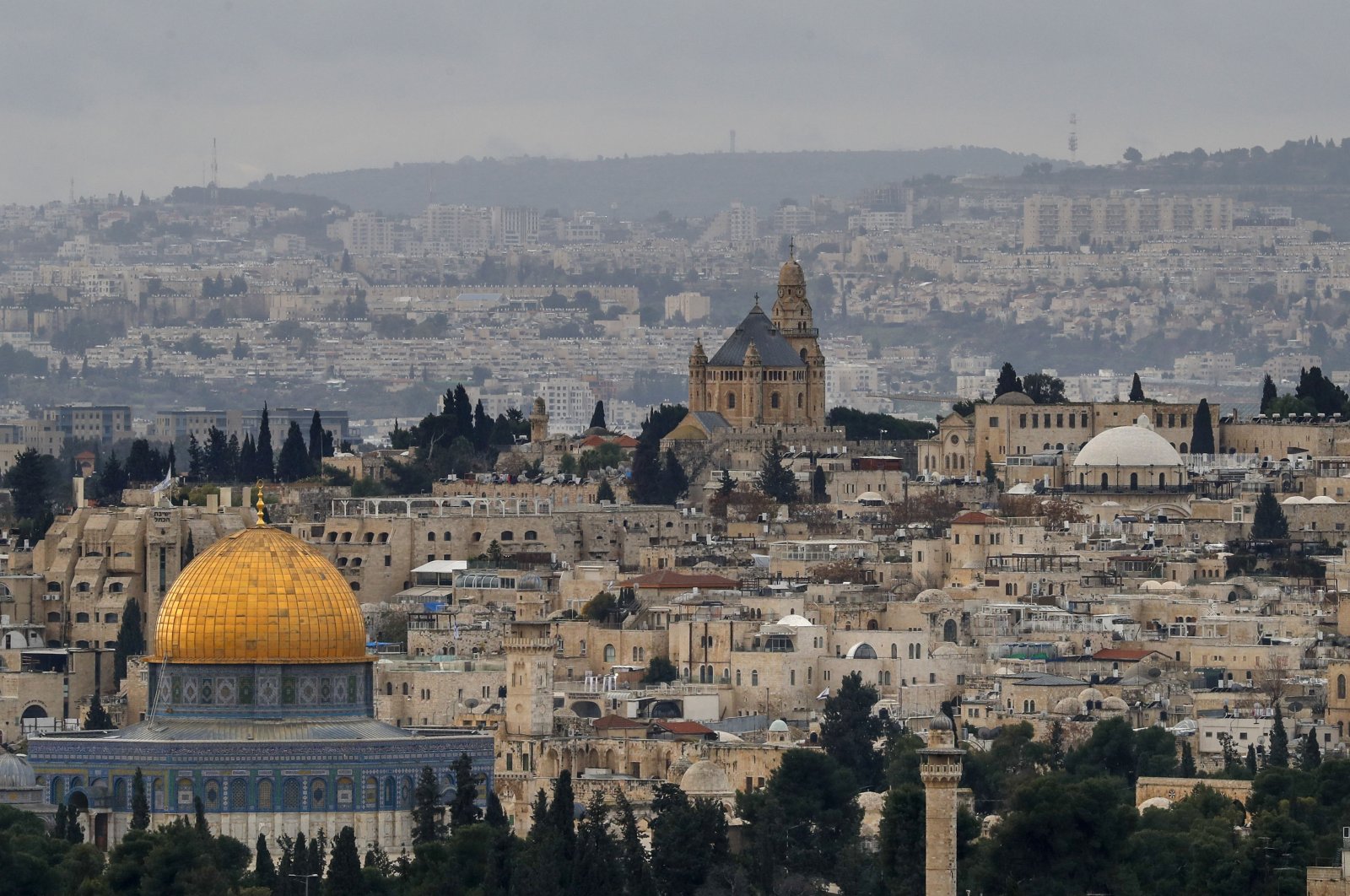 The Dome of the Rock (L), in the Al-Aqsa mosques compound and the Abbey of the Dormition (C) on Mount Zion, a Benedictine Basilica, built over the site where the Virgin Mary is said to have fallen asleep for the last time, in the Old City of Jerusalem, Jan. 15, 2021. (AFP Photo)
by REUTERS Jan 15, 2021 9:39 pm

Palestinian President Mahmoud Abbas announced parliamentary and presidential elections on Friday, the first in 15 years, in an effort to heal long-standing internal divisions.

The move is widely seen as a response to criticism of the democratic legitimacy of Palestinian political institutions, including Abbas's presidency.

It also comes days before the inauguration of U.S. President-elect Joe Biden, with whom the Palestinians want to reset relations after they reached a low under President Donald Trump.

According to a decree issued by Abbas's office, the Palestinian Authority, which has limited self-rule in the Israeli-occupied West Bank, will hold legislative elections on May 22 and a presidential vote on July 31.

"The President instructed the election committee and all state apparatuses to launch a democratic election process in all cities of the homeland," the decree said, referring to the West Bank, Gaza and East Jerusalem.

The Palestinians' last parliamentary ballot in 2006 resulted in a surprise win by Hamas, widening an internal political rift that led to the group's military seizure of the Gaza Strip in 2007.

There was no immediate comment from Hamas on Abbas's announcement.