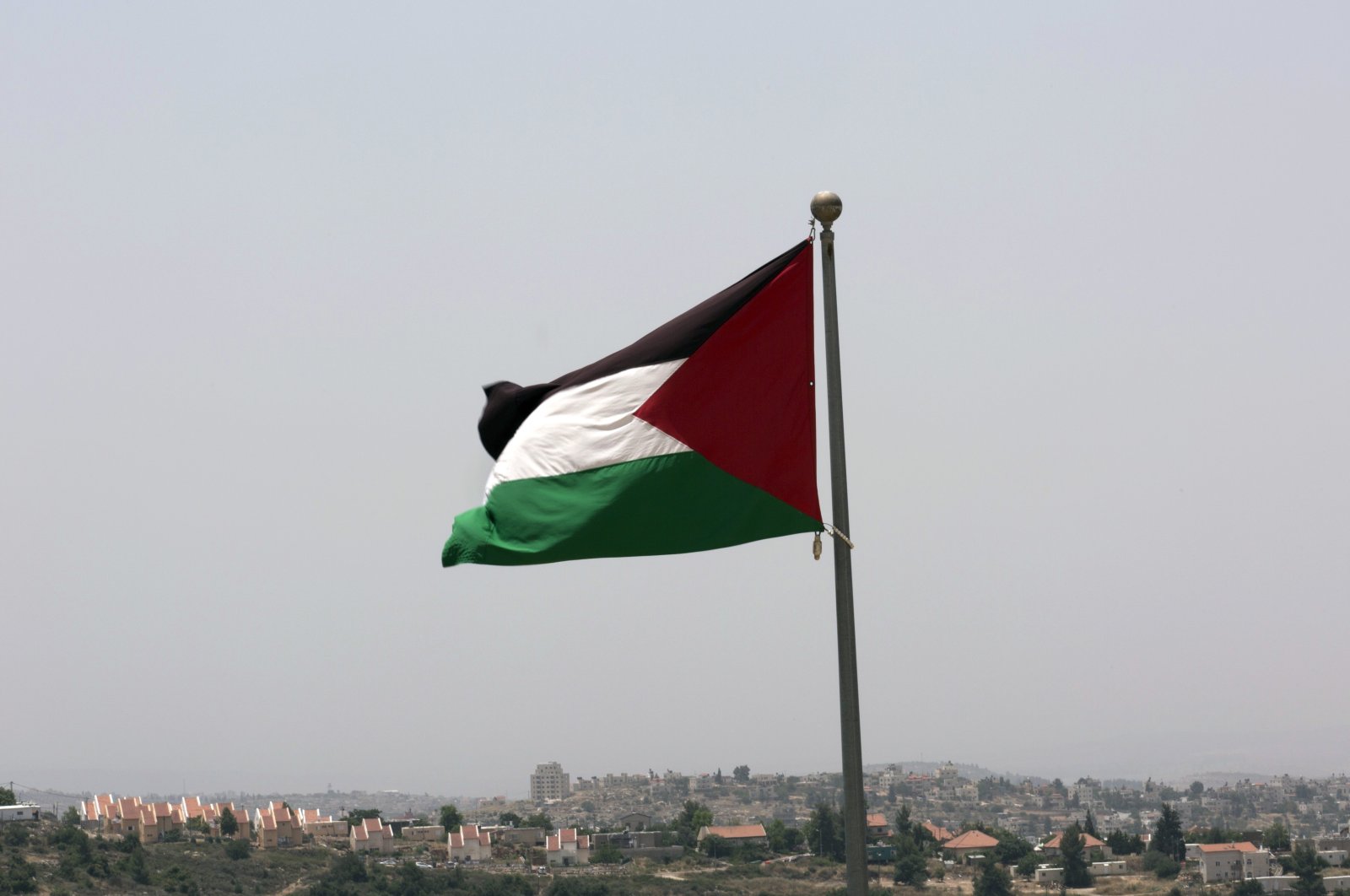 The Israeli settlement of Ateret is seen in the background as the Palestinian national flag flies from the highest point of the occupied West Bank city of Rawabi, north of Ramallah, Palestine, June 4, 2016. (AP Photo)
by Anadolu Agency Sep 24, 2020 1:54 pm
RECOMMENDED

In an exclusive interview with Anadolu Agency (AA), Azzam al-Ahmad, a member of the Fatah's Central Committee, said, "It was agreed to hold legislative elections, followed by presidential elections, then elections for the National Council," referring to the parliament of the Palestine Liberation Organization (PLO).

He stressed that after the full picture of the talks' outcome is conveyed to Palestinian President Mahmoud Abbas, Abbas will issue decrees for its implementation.

Al-Ahmad stressed the Palestinian leadership's declared position that neither Jerusalem nor the Gaza Strip should be excluded from the elections.

"Without Jerusalem, there will be no elections," he added.

The last Palestinian parliamentary elections were held in 2006 when Hamas won an unexpected landslide.

There was no immediate comment from Hamas regarding the results of the talks in Istanbul.

Earlier Thursday, a top member of Fatah called the ongoing talks in Turkey with Hamas "positive, fruitful and productive."

"The dialogue is an important step toward reconciliation and partnership, and unifying the Palestinian stance in the light of the consensus on rejecting all the liquidation projects against the Palestinian cause," Hussein al-Sheikh, a member of Fatah's Central Committee, wrote on Twitter.

Al-Jaghoub added that the delegation will discuss several issues with leaders in both countries, including Palestinian reconciliation, the recent normalization deals by Gulf states and Israel, and other political developments.

Hamas and Fatah have been bitter rivals since 2007 when the former wrested the Gaza Strip from the latter after days of street fighting.

The United Arab Emirates (UAE) and Bahrain recently signed controversial agreements to establish diplomatic relations with Israel, amid strong condemnations from the Palestinians, who called the pacts a betrayal of their cause.