Palestinian man paralyzed after being shot by Israeli forces 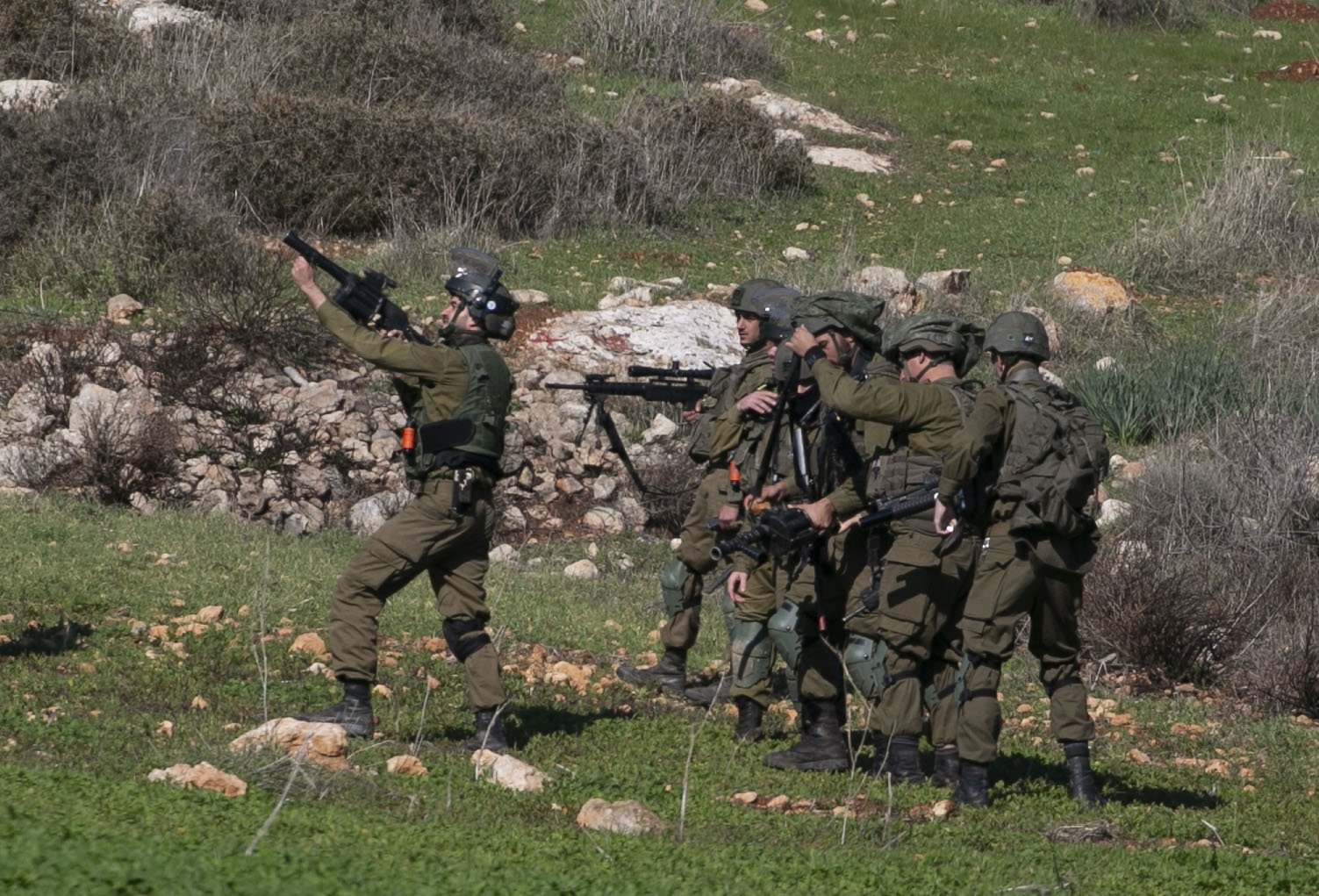 Israeli soldiers take aim to disperse Palestinians protesting the expansion of settlements near the village of Beit Dajan, east of Nablus, in the occupied West Bank, on Dec. 25, 2020. (AFP Photo)
by ASSOCIATED PRESS Jan 02, 2021 1:51 pm
RECOMMENDED

The Palestinian Health Ministry said Saturday a youth is suffering from paralysis a day after he was shot in the neck by Israeli forces in the occupied West Bank.

Witnesses said the incident was triggered when Israeli forces tried to stop Palestinians from building a house in a village in southern Hebron and seized an electricity generator belonging to Abu Aram.

Israel prevents Palestinians from building houses on areas under its control in the West Bank without hard-to-obtain building permits.

The Israeli military said, “a violent riot” was instigated when the troops were evacuating “an illegal building” in the At-Tuwani village. The military said Palestinians attacked the forces with “massive amount of rocks.”

“We are aware of a report regarding a Palestinian who was injured by live fire during the incident. The incident is being investigated," the Israeli military told The Associated Press (AP) on Saturday.

The video showed a group of Palestinians trying to recover the generators from the hands of the soldiers before a gunshot is heard and Abu Aram appears on the ground.

In 2020, Israeli has demolished the homes of more than 900 Palestinians in the West Bank and East Jerusalem, according to the Israeli rights group B’Tselem.

The Palestinians claim the West Bank and the Gaza Strip, with capital in East Jerusalem, for a future state. They say the growing settler population, approaching 500,000 in the West Bank, has made it increasingly difficult to achieve their dream of independence.