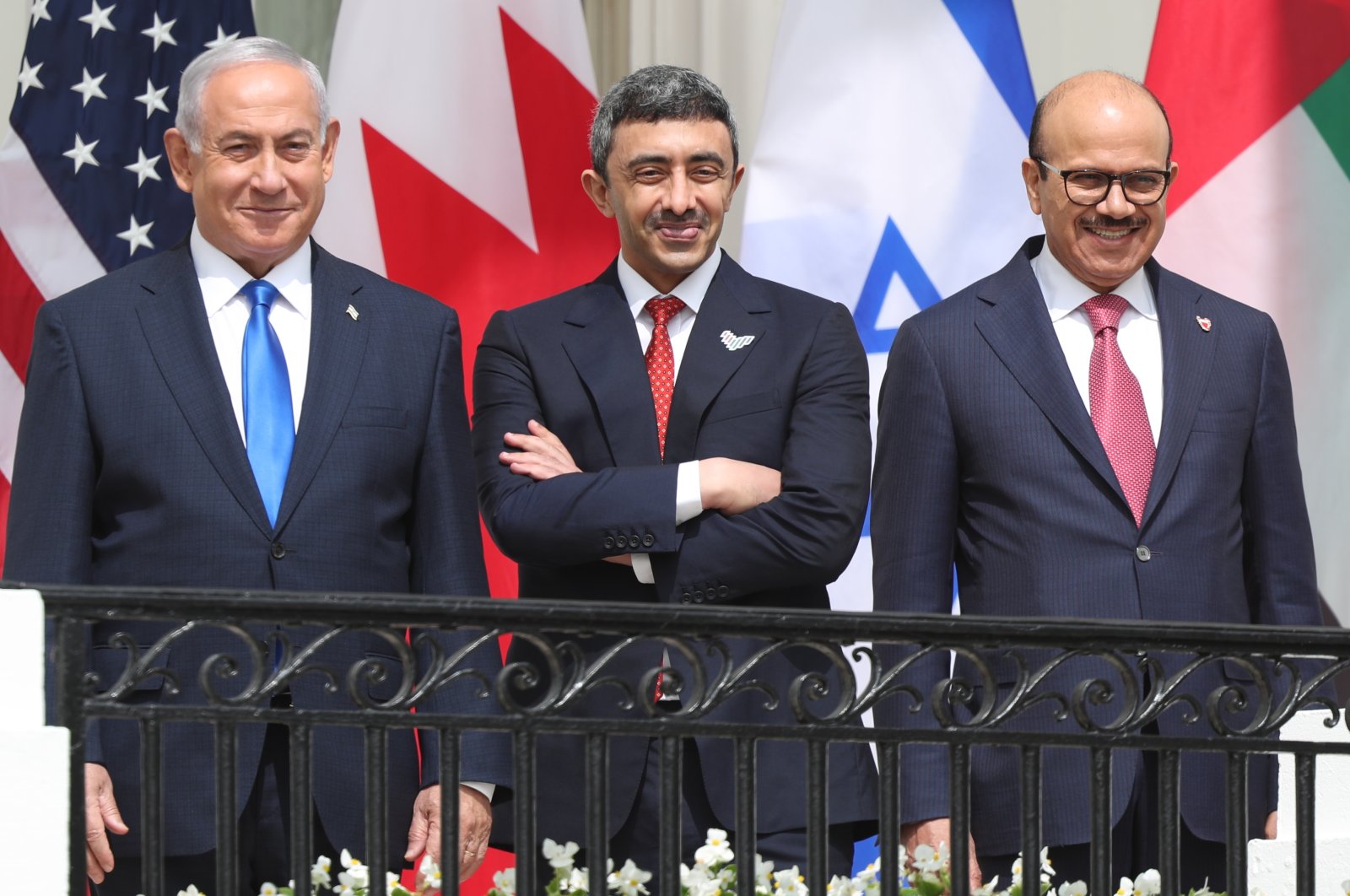 Palestinians removed a United Arab Emirates (UAE) delegation from the Al-Aqsa Mosque in Jerusalem, the world's third-holiest site for Muslims, over Abu Dhabi's normalization deal with Tel Aviv, which is regarded by many as a betrayal of the Palestinians.

A record posted on the Facebook page of the Palestinian Wadi Hilweh Information Center shows the moment the UAE delegation is dismissed after they entered the site with Israeli police protection.

In the footage, a Palestinian man accuses the UAE delegation about the deal and asks them to leave immediately. After a short squabble, the group is seen leaving the mosque.

The visit came as Bahrain and Israel signed a deal on Sunday formalizing their diplomatic relations. Palestinian Prime Minister Muhammad Shtayyeh described the deal as a "free reward to the Israeli occupation to encourage it to confiscate more Palestinian land and build more settlements."

The UAE and Bahrain signed U.S.-sponsored agreements on Sept. 15 to establish diplomatic relations with Israel. Palestinian groups have denounced the deal, saying it ignores the rights of Palestinians and does not serve the Palestinian cause. The deals broke with decades of Arab consensus that there would be no normalization of relations with Israel until it had made peace with the Palestinians and drew accusations of "betrayal" against the Western-backed Gulf states.

The Palestinian Authority (PA) maintains the validity of the so-called "Arab consensus." That consensus has long held that Arab states will only normalize ties if Israel meets a number of conditions. One demand is for Israel to withdraw from the territories it occupied in the Six-Day War of 1967. Another is to agree to a Palestinian state with east Jerusalem as its capital, and the third is to find a just solution for the millions of Palestinian refugees and their descendants.