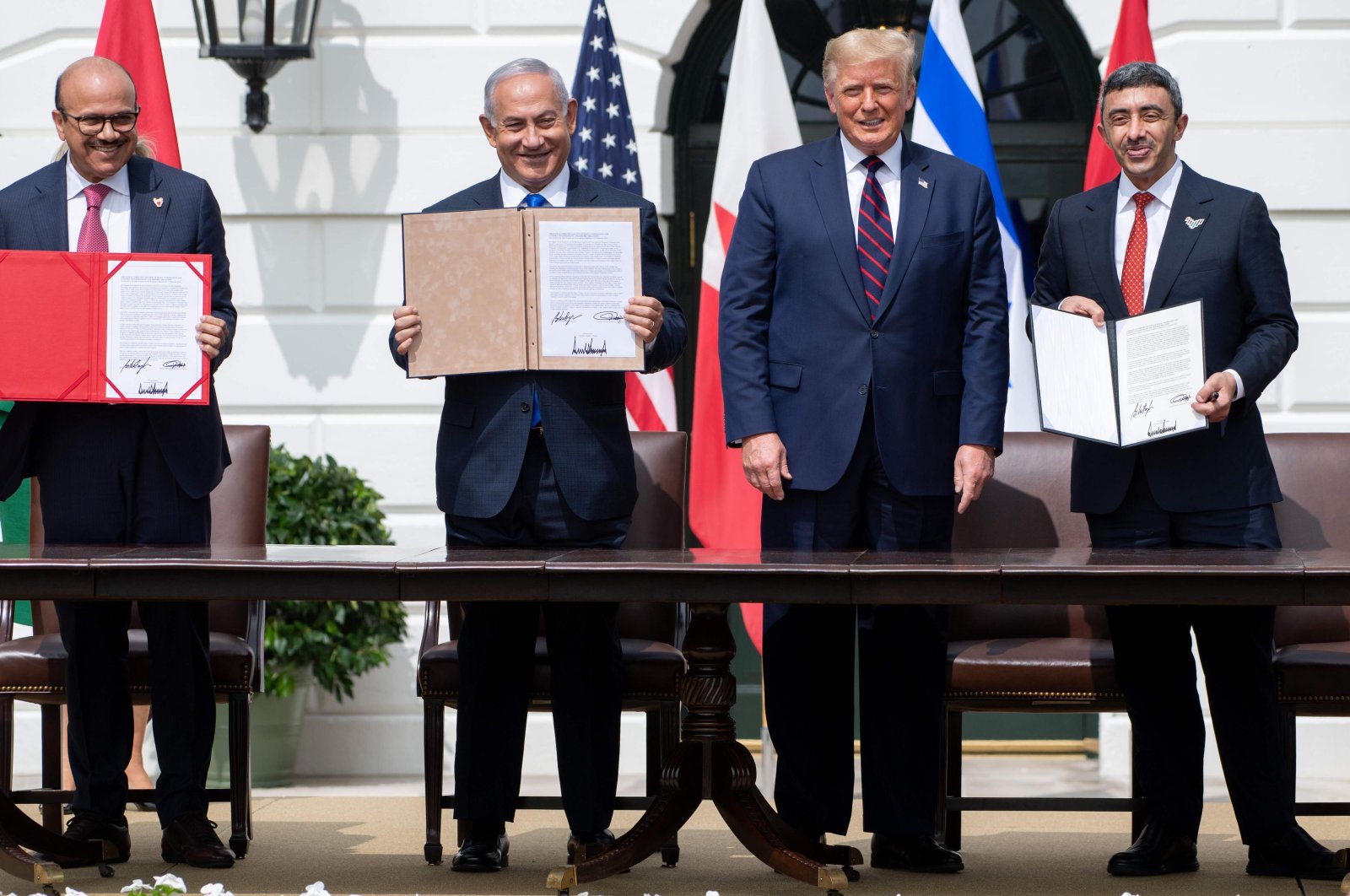 In a statement issued by the Palestinian National and Islamic Forces Committee, Palestinian factions said the meeting between Bahrain's FM Alzayani, the U.S. Secretary of State Mike Pompeo and Israeli Prime Minister Benjamin Netanyahu, is a "clear attack" on the rights of the Palestinian people, the Anadolu Agency (AA) reported. The joint committee includes representatives of the Palestinian resistance groups Hamas, Islamic Jihad and the PLO along with a handful of smaller factions. The statement reiterated that Palestinians reject the normalization process between some Arab states and Israel.

Alzayani landed at Israel's Ben Gurion Airport on Wednesday morning for the first high-level visit since his country established diplomatic ties with Tel Aviv in September. He was welcomed on the tarmac by his Israeli counterpart, Gabi Ashkenazi, and other U.S. and Israeli officials.

Alzayani said the visit is “a strategic start to enhancing joint cooperation” between the countries, the state-run Bahrain News Agency reported, as quoted by the Associated Press (AP). “The Middle East has witnessed conflicts and instability over the past decades,” he said. “The time has come for us to pursue other policies to reach a comprehensive solution.”

Bahrain followed the United Arab Emirates (UAE) in agreeing to establish full diplomatic ties with Israel earlier this year. The breakthrough reflects a changing Middle East in which Israel and the Gulf countries view Iran as a shared threat that eclipses the decades-old conflict with the Palestinians.

Sudan also agreed to establish ties with Israel as part of a larger agreement with the United States that will pave the way for much-needed foreign aid following last year's overthrow of longtime President Omar al-Bashir.

The Trump administration hailed all three agreements as historic breakthroughs in the lead-up to the election. President-elect Joe Biden also welcomed the agreements and is expected to build on them as he presses Israel and the Palestinians to return to peace negotiations.

Before this year's accords, only Egypt and Jordan had recognized Israel, as part of peace treaties negotiated more than 25 years ago. Israel hopes to cultivate much warmer ties with the Gulf countries, aiming for cooperation across various fields, including tourism and public health.

In normalizing ties with Israel, the three nations broke with a longstanding Arab consensus that recognition should only be granted in return for concessions in the peace process. The Palestinians condemned the normalization accords as a betrayal of their cause.