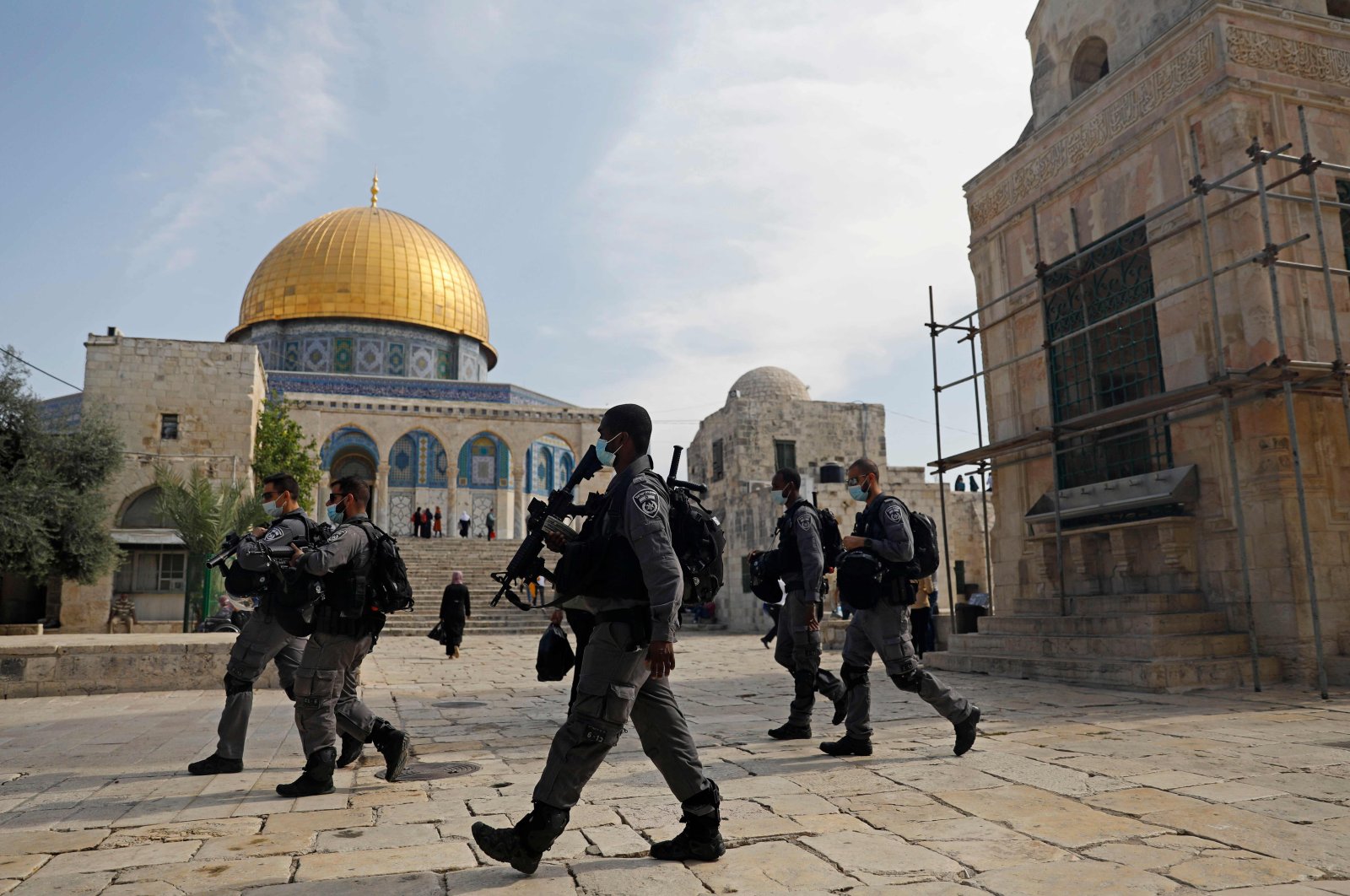 After normalization in Israel-United Arab Emirates relations, the Jewish state is targeting tourists from the predominantly Muslim country. But this raises questions regarding Israel's commitment to the status quo on Jerusalem, an ancient city holy for adherents to both religions

When the United Arab Emirates (UAE) agreed to normalize relations with Israel, the Palestinians decried the move as a "betrayal" of both Jerusalem, where they hope to establish the capital of their future state, and the Al-Aqsa mosque compound, the city's holiest Muslim site.

But with Israel now courting wealthy Gulf tourists and establishing new air links to the major travel hubs of Dubai and Abu Dhabi, Palestinians in east Jerusalem could soon see a tourism boon after months in which the coronavirus transformed the Holy City into a ghost town.

"There will be some benefits for the Palestinian sector of tourism, and this is what I’m hoping for," said Sami Abu-Dayyeh, a Palestinian businessman in east Jerusalem who owns four hotels and a tourism agency.

"Forget about politics, we have to survive."

Palestinian leaders have sharply rejected the recent decisions by the UAE, Bahrain and Sudan to establish ties with Israel because they severely weakened a longstanding Arab consensus that recognition can only be extended in return for Palestinian statehood.

The Palestinians hope to establish a state including east Jerusalem and the West Bank, territories illegally occupied by Israel after the 1967 war. Arab support, seen as a key form of leverage in decades of on-again, off-again peace negotiations, now appears to be evaporating, leaving the Palestinians arguably weaker and more isolated than at any point in recent history.

In a striking development last week, a delegation of Israeli settlers visited the Emirates to discuss business opportunities.

Most of the international community considers settlements in the West Bank and east Jerusalem as illegal and view them as the main obstacle to peace.

In defiance of international law, Israel claims sovereignty over Jerusalem as its capital, and its Jerusalem Municipality is organizing conferences and seminars to help tourism operators market the city to Gulf travelers.

"I’m very excited because I think it opens us up to a new era of Muslim tourism that we never really had," said Fleur Hassan-Nahoum, the deputy mayor of Jerusalem.

"Even though we have peace with Jordan and Egypt, I’ve never really seen any Egyptian tourists or Jordanian tourists because the peace wasn't a warm peace." Hassan-Nahoum, who recently visited the Emirates and is a co-founder of the UAE-Israel Business Council, said the municipality is reaching out to local Arab tour operators to ensure the benefits extend to all. "You have mixed feelings," she said.

"Some of them are a little bit suspicious, (but) most of them understand that this is going to be incredibly prosperous for them because ultimately they’re Arab speaking and so they have, I think, a unique advantage." Abu-Dayyeh expects up to 28 flights a day arriving in Tel Aviv from Dubai and Abu Dhabi, global travel hubs for long-haul carriers Emirates and Etihad, making it easier for travelers from the Far East and South America to reach the Holy Land. He's confident Palestinian operators will be able to compete.

"We’re on the ground here, and we’ve been giving this service for many years, for hundreds of years," he said. Other Palestinians appear to be more skeptical. More than a dozen Palestinian shop owners in Jerusalem's Old City, which is largely shut down because of the coronavirus, declined to comment on the push for Gulf tourism, saying it was too politically sensitive.

There are also concerns that an Israeli push to promote tourism to Al-Aqsa could heighten tensions, as the Jewish state does not have sovereignty on the holy shrine, which is governed by the Jordanian Islamic Waqf and under a status quo. The hilltop esplanade in the Old City, home to the Al-Aqsa mosque and the iconic Dome of the Rock shrine, is the third holiest site in Islam. It is also the holiest site for Jews, who refer to it as the Temple Mount because it was the location of the two biblical temples in ancient times.

The site is a raw nerve in the Israeli-Palestinian conflict, and tensions have soared in recent years as religious and nationalist Jews have visited in ever-larger numbers, escorted by the Israeli police. Last month a delegation of Emirati officials visited the site, entering through a gate normally used by Israelis and under an Israeli security escort.

A small group of Palestinians heckled them. In August, Palestinian demonstrators burned a portrait of Abu Dhabi Crown Prince Sheikh Mohammed bin Zayed Al Nahyan near the Dome of the Rock. Officials from the Waqf, the Jordanian religious body that oversees the mosque compound, declined to comment on Israel's efforts to promote Gulf tourism to the site, underscoring the political sensitivities.

Ikrema Sabri, the imam who leads Friday prayers at Al-Aqsa, said any visits must be coordinated with the Waqf so that they do not advance any Israeli claim to sovereignty over the site. The Palestinians have long feared that Israel intends to take over the site or partition it.

The Israeli government says it is committed to the status quo. "Any visitor from outside Palestine must coordinate with the Waqf," Sabri said. "But any visitor from the side of the occupation, we do not welcome or accept them." He acknowledged that the visiting Emiratis may have been unaware of the complex arrangement and said the heckling was a "reaction" by individuals to them entering with Israeli security.

"If they come to do business with the occupation, they are free. But when they come to Al-Aqsa, they must come in coordination with the Islamic Waqf," he said.

Hassan-Nahoum, the deputy mayor, said authorities are currently seeking recommendations from security companies to ensure that Emirati and other pilgrims can visit the site safely. "I don’t think it’s going to raise too many tensions," she said.

"What I want is for the average Emirati tourist to have a pleasant experience of going and praying at Al-Aqsa for the first time."

Israel captured the West Bank during the 1967 Middle East war, better known as the Six-Day War. Since then, more than 700,000 Israelis have moved into settlements in the West Bank and east Jerusalem.

The Palestinians seek all of the West Bank and east Jerusalem as part of an independent state. The annexation of West Bank settlements would infuriate the Palestinians and Israel's Arab neighbors and eliminate any lingering hopes of establishing a viable Palestinian state.