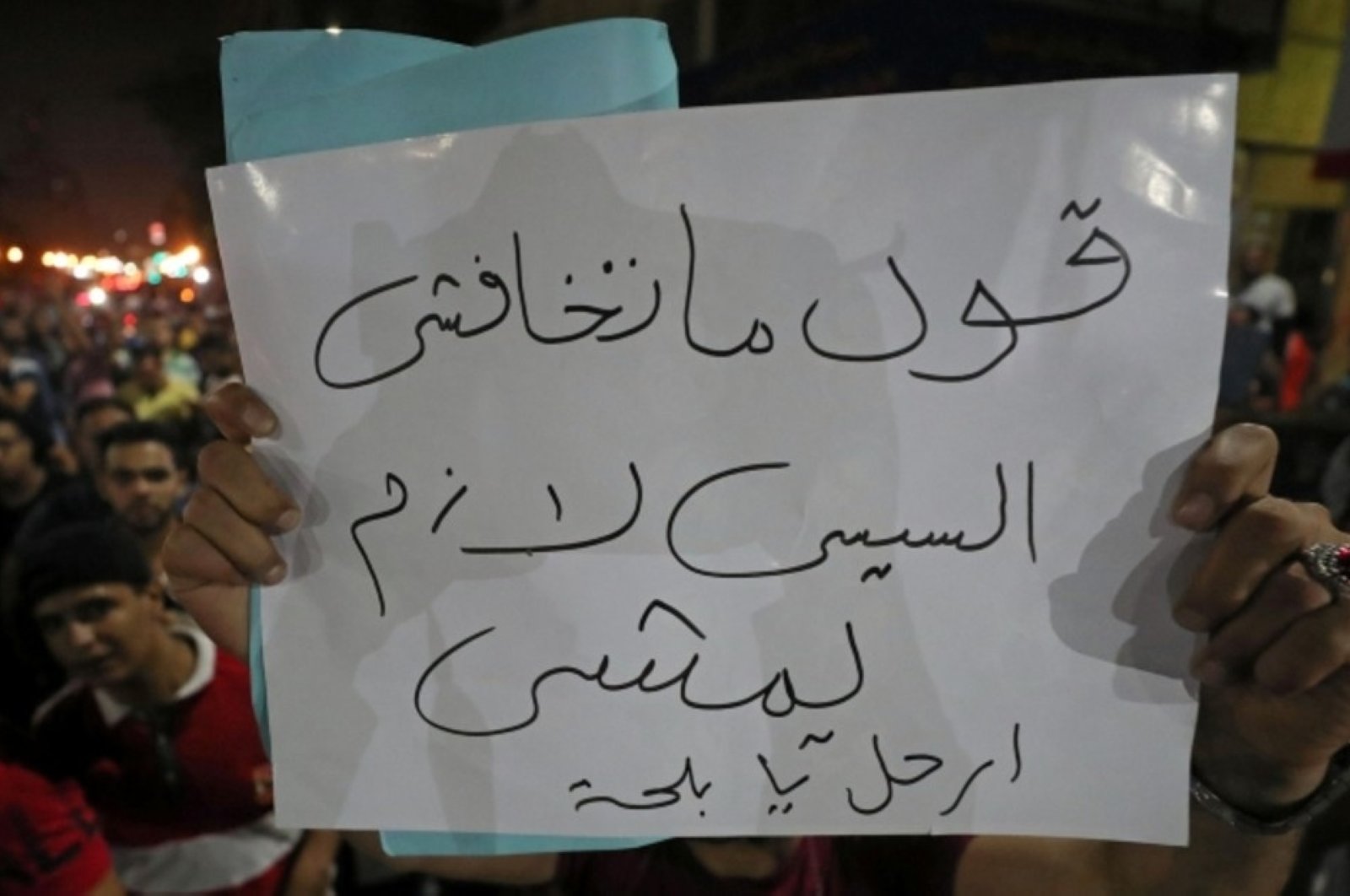 Protests are continuing to shake the Egyptian regime of President Abdel-Fattah el-Sissi as anti-government protesters took to the streets at least 16 different sites on Sunday amid heightened security in the country in advance of anticipated demonstrations.

Videos circulating on social media showed the demonstrators holding banners and chanting slogans calling on el-Sissi to step down. Others were seen setting a police car on fire and throwing stones at security forces. Dozens demonstrated in the al-Basateen district, a large neighborhood in southern Cairo, and in several surrounding areas. Protesters marched in Maadi, another large district that houses embassies and foreigners and in Madinat Nasr, a Cairo suburb.

The country has tightened security after former army contractor Mohamed Ali called for anti-government protests to commemorate the anniversary of the 2019 mass protests. During the 2019 protests, Egyptian security forces arrested people arbitrarily and even killed some on the grounds that they were armed. More than six people were killed by security forces. The people were allegedly members of the Muslim Brotherhood. Labeling the group as a terrorist organization, el-Sissi's regime has detained, tortured and killed thousands of people with the claim that they were linked to the group. According to Egyptian media, more than 1,200 people were arrested during the protests. However, Egyptian activists claim that the number is much higher since there were hundreds of detained people who were not registered by the police.

El-Sissi ascended to power through external aid and support after leading a bloody military coup in 2013 against Mohammed Morsi, the country's first freely elected president who died suspiciously in June during a trial. Thousands of people rejected the army's move and demonstrated in the streets. Thousands were killed in Rabaa Square in one night on the grounds that the army had to disperse the protesters to preserve order. Since then, a harsh crackdown on dissidents, not only the Muslim Brotherhood but anyone who opposed el-Sissi, has commenced.

Following the bloody coup, Saudi Arabia and the United Arab Emirates (UAE) financed the new regime generously. Moreover, the U.S. has not refrained from pledging support despite the explicit human rights violations. U.S. President Donald Trump, who previously called el-Sissi "his favorite dictator," continues to back him. He also declared that el-Sissi was a "great leader" and "highly respected." Other Western countries were also silent over the mass human rights violations and the oppression of civil society.

Egypt has long been criticized for its violations of human rights, silencing dissidents and putting thousands in prison. Since 2015, the number of executions in Egypt has surged to an unprecedented level, according to rights activists who are concerned that more innocent Egyptians, many of them members of the Muslim Brotherhood, will be subjected to unfair executions.