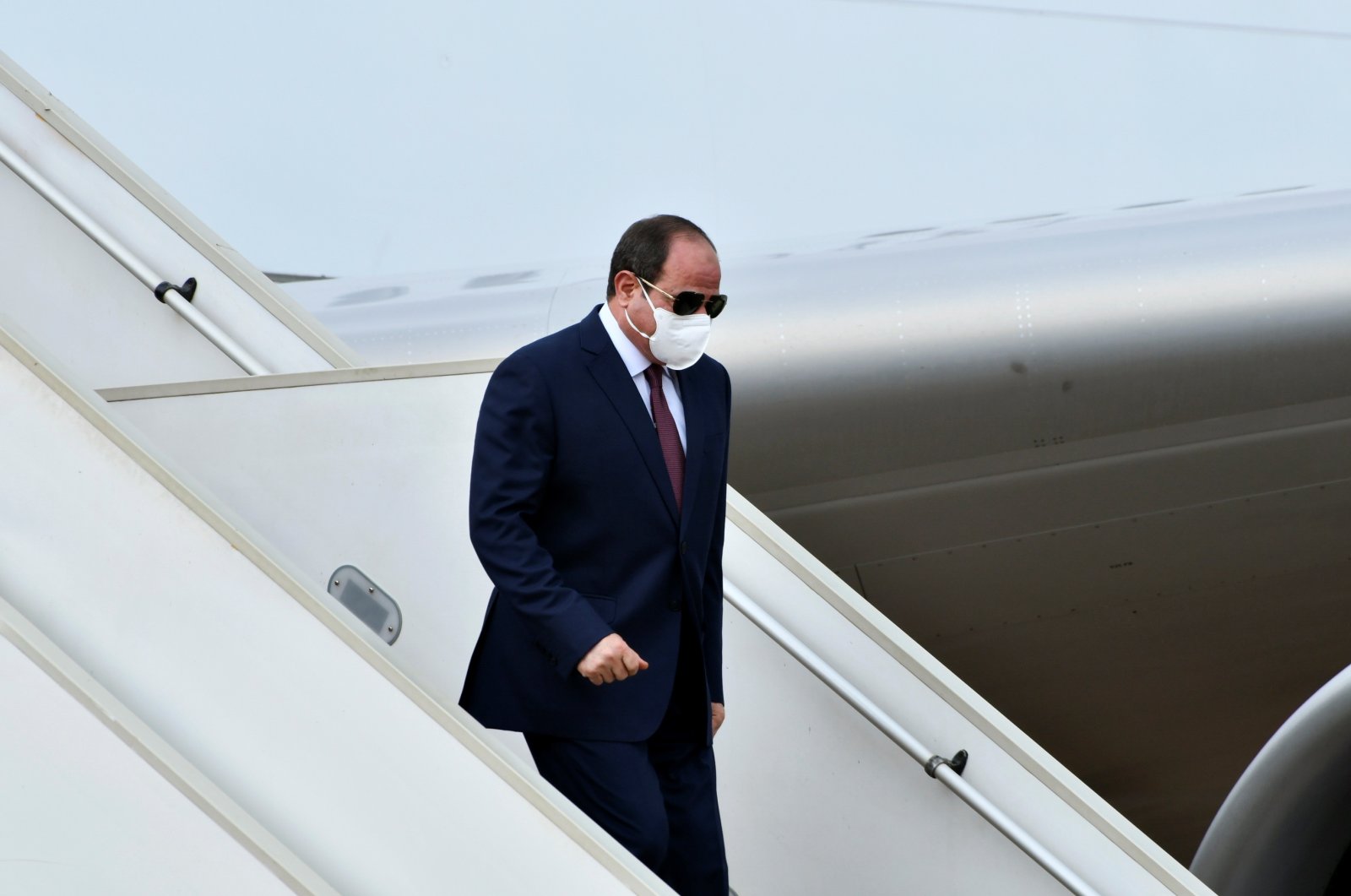 French President Emmanuel Macron hosts Egyptian counterpart Abdel Fattah el-Sissi from Sunday for a three-day state visit with France facing calls from activists that Egypt should not be "indulged" despite the close alliance between Cairo and Paris.

Egypt and France have enjoyed an increasingly close relationship under the rule of el-Sissi, former chief of general staff who toppled the country's first democratically-elected President Mohammad Morsi in a bloody coup in 2013. Both countries enjoy common interests in Libya and the Mediterranean, along with their common rivalry against Turkish President Recep Tayyip Erdoğan.

El-Sissi will dine with French Foreign Minister Jean-Yves Le Drian on Sunday evening before holding talks with Macron at the Elysee on Monday. Meetings with other political leaders are due to stretch into Tuesday.

France's close relationship with Egypt at a time when Cairo stands accused of serial human rights violations has concerned activists, who want Macron to make the issue central to the discussions.

"French diplomacy has, at the highest levels, long indulged President el-Sissi's brutal repression of any form of dissent," a dozen human rights groups including Human Rights Watch, Amnesty International and the International Federation for Human Rights (FIDH) said in a joint statement ahead of his visit.

"It is now or never for President Macron to stand up for his self-declared commitment to promote human rights in Egypt."

The statement said that as well as being Egypt's main arms supplier by selling warships and fighter jets, the French government has also allowed French companies to provide Cairo with surveillance and crowd control tools.

"We are amazed that France is rolling out the red carpet for a dictator when there are more than 60,000 prisoners of conscience today in Egypt," Antoine Madelin, international advocacy director of the FIDH, told AFP.

Meanwhile at home, the embattled French president himself is battling with increasing anger over police brutality against minority groups, a controversial security bill, and an equally controversial discriminatory policy targeting the country's Muslims.

Concern over el-Sissi's visit to Paris was amplified when three Egyptian activists were arrested last month following a meeting with foreign ambassadors.

However, following an international campaign backed by celebrities such as Scarlett Johansson, all three campaigners from the Egyptian Initiative for Personal Rights have been freed.

Rights NGOs are set to hold a protest outside the French parliament on Tuesday denouncing the "strategic partnership" between France and Egypt.

A French presidential official, who asked not to be named, described the release of the trio as a "positive signal" and emphasized that rights issues would be brought up by Macron.

Macron had raised human rights concerns during a visit to Cairo in January 2018, saying "respect for individual freedoms, dignity of everyone and the rule of law."

The French leader had been criticized by rights groups after saying in October 2017 during a visit by Sisi to Paris that he would not "lecture" Egypt on liberties.

Those jailed in Egypt include Palestinian-Egyptian activist Ramy Shaath, husband of French national Celine Lebrun, and held since July 2019 on accusations of acting against the state.

"His case is completely empty and the accusations are devoid of any proof," Lebrun told AFP, saying she had only been able to speak to her husband twice by phone.

Morsi, who died in June 2019 during a trial, was a close ally of Erdoğan and the Turkish president has repeatedly expressed dismay over his ousting.

Tensions between Ankara and Paris grew further in the run-up to the visit with Erdoğan saying that France should "get rid of" Macron "as soon as possible."

France's priority is the reinforcement of the "strategic partnership" with the most populous country in the Arab world which is considered a center of "stability" in a volatile region, said the French official.