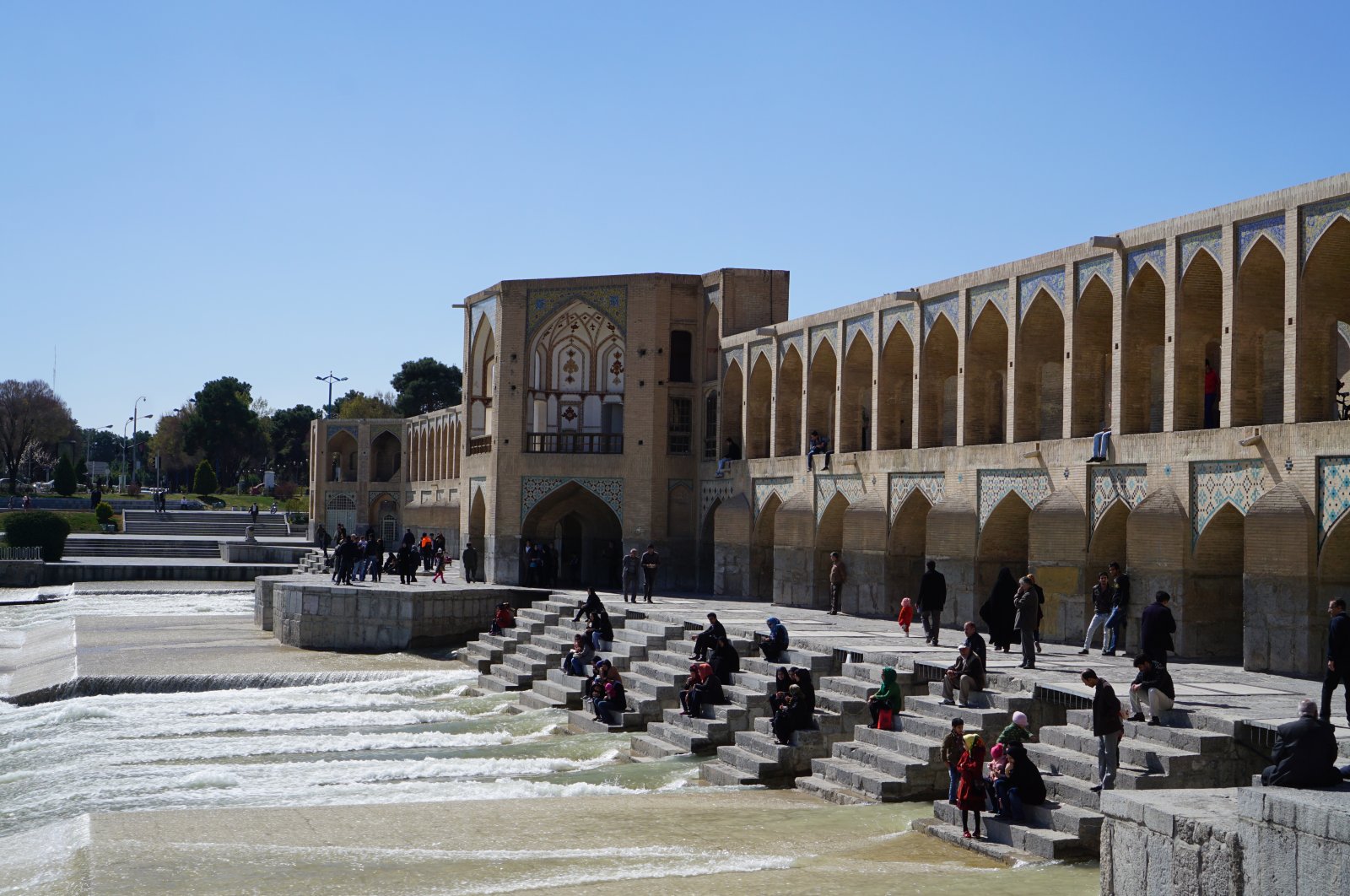 Riot police were deployed Saturday following a number of arrests in the Iranian city of Isfahan, witnesses and state media said, a day after violent protests were held over the drying up of a lifeblood river.

Security forces fired tear gas during clashes Friday with stone-throwers at the protest of around 500 people in the bed of the Zayadneh Rood river that crosses the central city, Fars and ISNA news agencies said.

Security forces made "a limited number of arrests," according to the province's police chief.

"The situation is calm in the Zayandeh Roud riverbed and the streets are empty, but I heard riot police were deployed on the Khajou bridge," said a resident who works in the area.

The demonstration on Friday was the latest in a series in Isfahan, a tourist magnet due to its majestic mosques and heritage sites, including a historic bridge that crosses the dried-up river.

But it was the first to turn violent.

The riverbed has been the gathering spot for farmers and other people from across Isfahan province protesting the lack of water since Nov. 9.

Drought is a cause, but they also accuse the authorities of diverting water from the city to supply the neighboring province of Yazd, which is also desperately short on supplies.

"I used to walk along the riverbed with friends, but today the riot police are deployed in large numbers near the Khajou bridge and they are asking people to avoid the area," said a woman in her 50s who was contacted by phone.

During the clashes on Friday, some people set fire to objects in the city, Fars and ISNA reported.

"After the farmers left, the opportunists and counter-revolutionaries were left behind, which made it easy for the security apparatus, especially the police, to identify and arrest those who destroyed public and state property," Isfahan police chief Mohammad-Reza Mirheidari said on television.

A Fars journalist said two bulldozers were used to destroy a pipeline taking water from Isfahan province to Yazd.

"Among the injured demonstrators, two are in a serious condition," Nourodin Soltanian, spokesman for Isfahan University of Medical Sciences said Saturday, quoted by Mehr news agency.

There have been almost daily protests in the region of Isfahan, which has been particularly hard-hit by drought.

Thousands of people converged on Isfahan on Nov. 19 to vent their anger.

Last Sunday, more than 1,000 people marched towards the governor's office in the western province of Chahar-Mahal Bakhtiari to demand a solution to water shortages, state media reported.

President Ebrahim Raisi met with representatives from the provinces of Isfahan, Yazd and Semnan earlier this month and vowed to resolve water issues.

Iran's supreme leader Ayatollah Ali Khamenei has said the topic is the country's top problem, without making reference to the protests.