Saudi Arabia to allow 'all countries' to fly over its skies 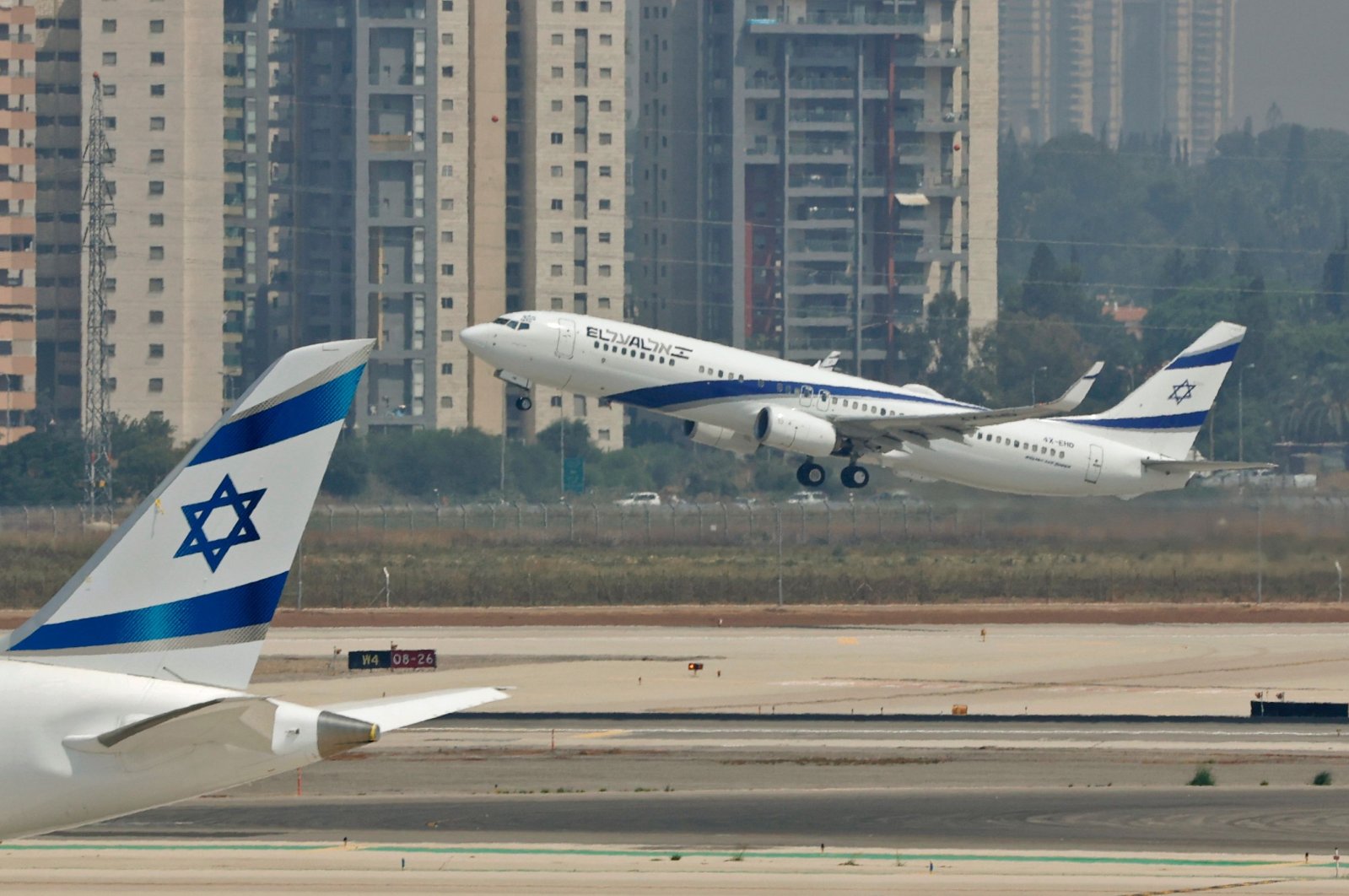 El Al's airliner, which is carrying a U.S.-Israeli delegation to the UAE following a normalization accord, takes off for the first-ever commercial flight from Israel to the UAE at the Ben Gurion Airport near Tel Aviv, Aug. 31, 2020. (AFP Photo)
by ASSOCIATED PRESS Sep 02, 2020 2:04 pm
RECOMMENDED

Saudi Arabia announced on Wednesday that it will now allow flights “from all countries” to cross its skies to reach the United Arab Emirates (UAE), a historic first that comes just days after the kingdom let the first direct Israeli commercial passenger flight use its airspace to reach the UAE.

The statement makes no mention of the kingdom’s rival, Iran, nor Qatar, which Saudi Arabia is currently boycotting. It is apparently a reference to the start of commercial flights from Israel to the UAE, as any direct flight between the two nations would need to use Saudi airspace to be commercially viable.

The Saudi Press Agency said the move comes in response to a “request by the UAE” for flights to and from the country.

Earlier this week, Jared Kushner, the U.S. president’s son-in-law and senior adviser, flew with a high-level Israeli delegation to the UAE on the first direct commercial passenger flight between the two countries, a Star of David emblazoned on the jet’s tail. The flight traversed Saudi airspace, signaling at least acquiescence for a breakthrough U.S.-brokered deal by the UAE to normalize relations with Israel.

Shortly after the Saudi statement, Israeli Prime Minister Benjamin Netanyahu said Israeli planes and flights from all other countries can fly directly from Israel to Abu Dhabi and Dubai. He made no mention of Saudi Arabia but a direct flight from Israel involves crossing Saudi skies.

“This will reduce the cost of flights, it will shorten the time, this will greatly develop tourism, it will develop our economy,” Netanyahu said in a video statement released by his office.

“These are the fruits of real peace,” he added.