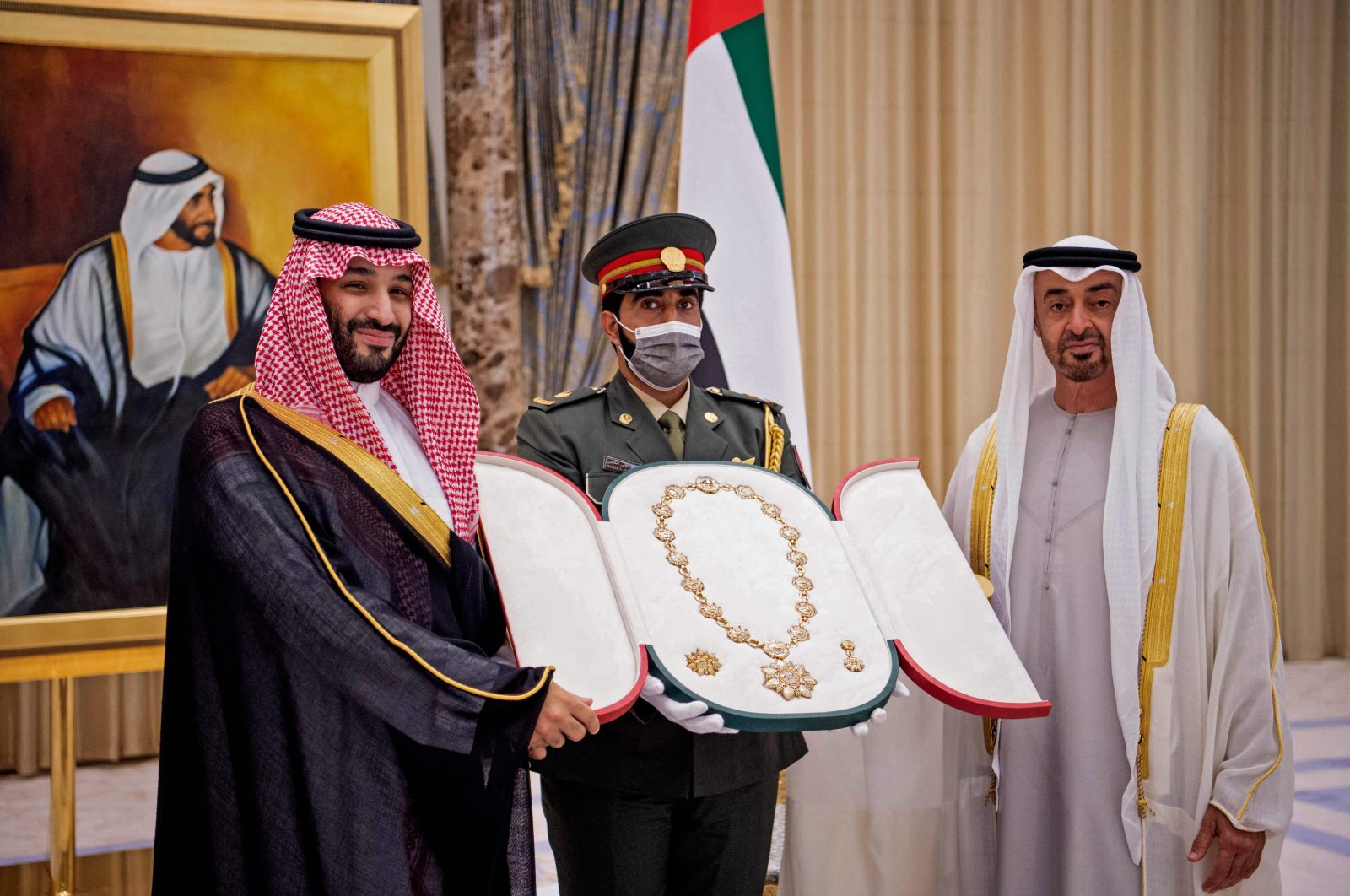 The two leaders talked about development opportunities in different fields, as well as regional developments and bilateral relations in the capital Abu Dhabi, according to the state-run Emirates News Agency (WAM).

MBS and MBZ also emphasized the importance of bolstering the pillars of regional stability, which serve as the foundation for development, construction and progress.

Meanwhile, MBZ conferred on the Saudi crown prince the country's highest civilian award, the Order of Zayed, a prestigious medal given to kings, presidents and country leaders, according to the Saudi Press Agency.

MBS was also given the country's highest civilian award during his visit to Muscat, Oman's capital, which was the first stop of his Gulf tour.

Before the 42nd Gulf Cooperation Council (GCC) Summit, which is planned to be held in Riyadh on Dec. 14, the Saudi crown prince embarked on a Gulf tour on Dec. 6 starting from Oman. He is also expected to visit Qatar, Bahrain and Kuwait.