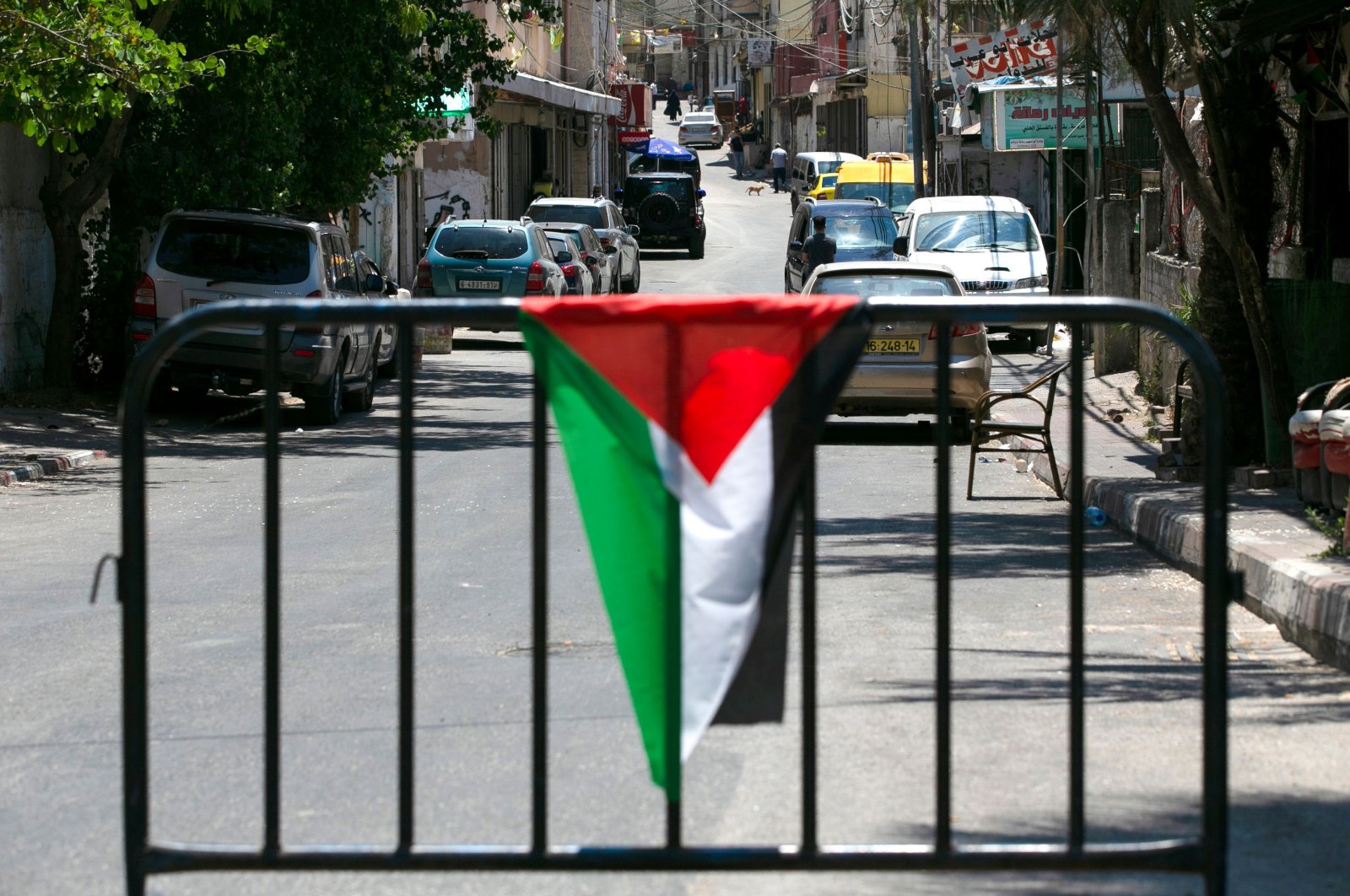 A Palestinian flag is draped over a metal barrier at a checkpoint at the entrance of Amari refugee camp near Ramallah, occupied West Bank, July 24, 2020. (AFP Photo)
by REUTERS Aug 21, 2020 1:06 pm
RECOMMENDED

Saudi Arabia's price for normalizing relations with Israel is the creation of a sovereign Palestinian state with Jerusalem as its capital, a senior member of the Saudi royal family reaffirmed Friday.

The UAE is only the third Arab state in more than 70 years to forge full relations with Israel. Under the U.S.-brokered deal, Israel shelved plans to annex settlements in the occupied West Bank, which Palestinians seek as part of a future state.

The UAE said Israel's commitment had kept alive the possibility of a two-state solution to the Israeli-Palestinian conflict.

Israel hitherto had no formal ties with Gulf Arab states but shared concerns with the UAE about Iran's regional influence and actions, along with the UAE's role as a regional business hub, led to a limited thaw and discreet contact in recent years.

The deal raised speculation that other U.S.-backed Gulf Arab countries might follow. But Prince Turki said Saudi Arabia, the biggest Gulf Arab power which has traditionally guided policy toward Israel, expected a higher return from Israel.

"Any Arab state that is considering following the UAE should demand in return a price, and it should be an expensive price," he wrote in the Saudi newspaper Asharq al-Awsat.

"The Kingdom of Saudi Arabia has set a price for concluding peace between Israel and the Arabs – it is the creation of a sovereign Palestinian state with Jerusalem as capital, as provided for by the initiative of the late King Abdullah."

That 2002 Arab League plan offered Israel normalized ties in return for Israeli withdrawal from all territories – the West Bank, Gaza and East Jerusalem – captured in the 1967 Middle East war, and putting a Palestinian state there.

But Prince Turki also voiced understanding for the UAE's decision, noting that Riyadh's close ally had secured a key condition – a halt to Israeli annexation plans.

Prince Turki, a former ambassador to Washington and ex-intelligence chief, holds no government office now but remains influential as the current chairman of the King Faisal Center for Research and Islamic Studies.