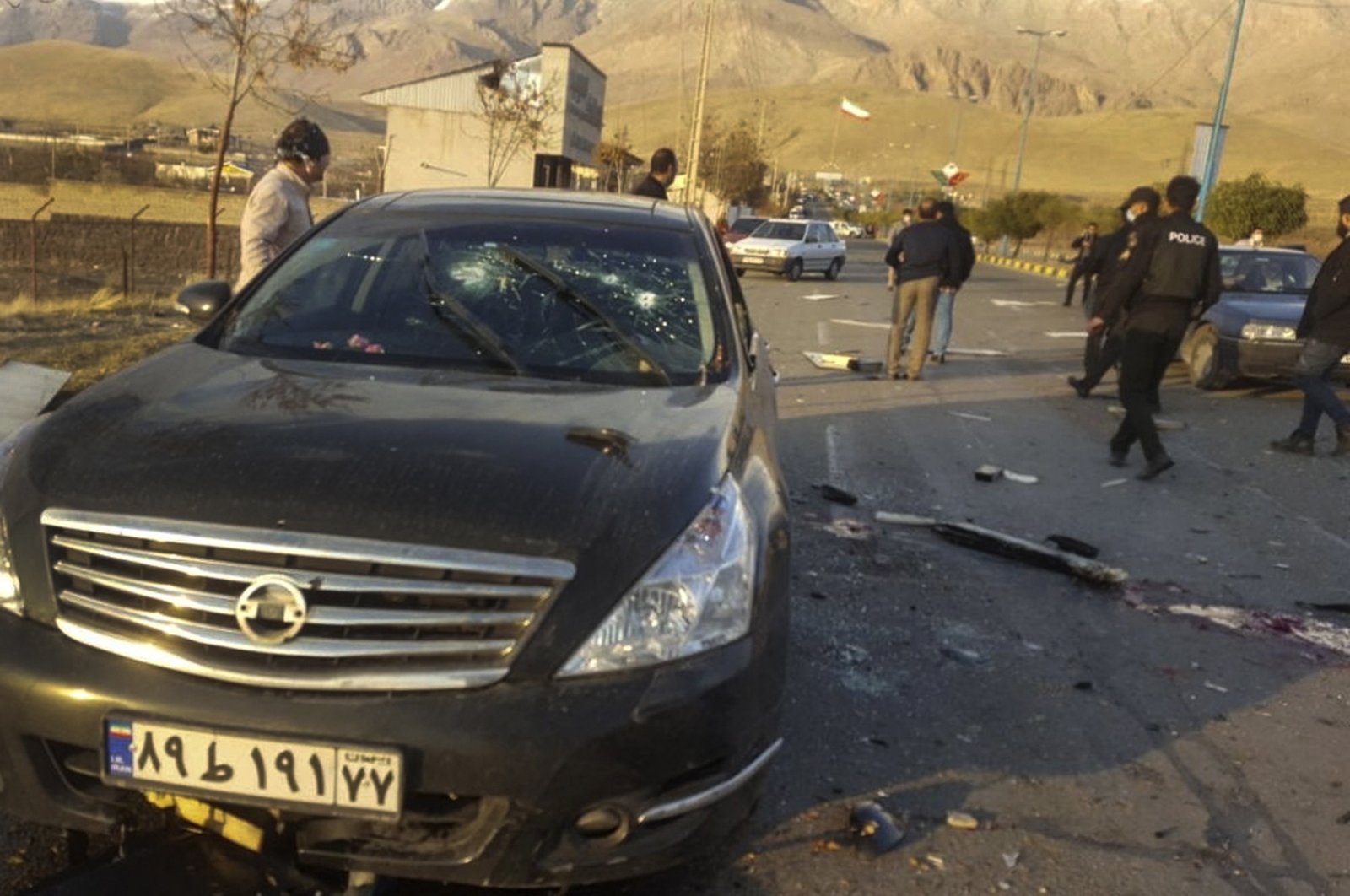 An Iranian scientist who Israel alleges led the republic's military nuclear program until its disbanding in the early 2000s was killed in a targeted attack that saw gunmen use explosives and machine-guns on Friday.

"Iran calls on int'l community - and especially EU - to end their shameful double standards & condemn this act of state terror," he said.

Israel has declined to comment on the killing of Mohsen Fakhrizadeh, though Prime Minister Benjamin Netanyahu himself has named the scientist slain outside of Tehran.

Israel has long been suspected of carrying out a series of targeted killings of Iranian nuclear scientists nearly a decade ago. State TV said Fakhrizadeh was attacked by "armed terrorist elements.” He died at a local hospital after doctors and parademics couldn't revive him.

The semiofficial Fars news agency, believed to be close to the country's Revolutionary Guard, said the attack happened in Absard, a small city just east of the capital, Tehran. It said witnesses heard the sound of an explosion and then machine gunfire.

State television on its website later published a photograph of security forces blocking off the road. Photos and video shared online showed a Nissan sedan with bullet holes through the windshield and blood pooled on the road.

No group immediately claimed responsibility for the attack. However, Iranian media all noted the interest that Netanyahu had previously shown in Fakhrizadeh.

Hossein Salami, chief commander of the paramilitary Guard, appeared to acknowledge the attack on Fakhrizadeh.

"Assassinating nuclear scientists is the most violent confrontation to prevent us from reaching modern science,” Salami tweeted.

Hossein Dehghan, an adviser to Iran's supreme leader and a presidential candidate in Iran's 2021 election, issued a warning on Twitter.

"In the last days of their gambling ally’s political life, the Zionists seek to intensify and increase pressure on Iran to wage a full-blown war," Dehghan wrote, appearing to refer to U.S. President Donald Trump. "We will descend like lightning on the killers of this oppressed martyr and we will make them regret their actions!”

The area around Absard is filled with vacation villas for the Iranian elite with a view of Mount Damavand, the highest peak in the country. Roads on Friday, part of the Iranian weekend, were emptier than normal due to a lockdown over the coronavirus pandemic, offering his attackers a chance to strike with fewer people around.

Israel and the West have alleged it was a military operation looking at the feasibility of building a nuclear weapon in Iran. Tehran has long maintained that its nuclear program is peaceful. The International Atomic Energy Agency (IAEA) says that the "Amad” program ended in the early 2000s. IAEA inspectors now monitor Iranian nuclear sites as part of Iran's now-unraveling nuclear deal with world powers.