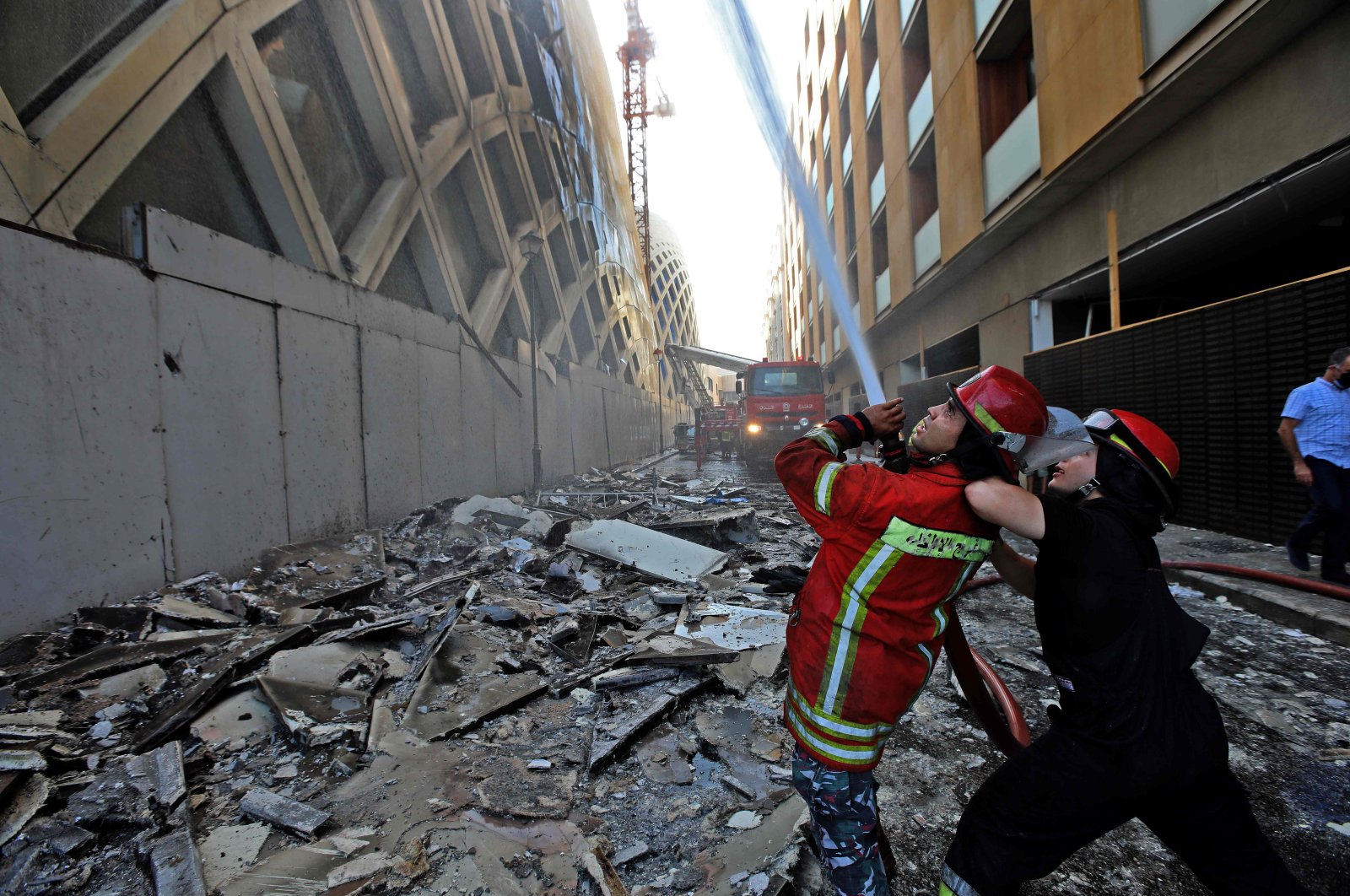 A fire erupted in a landmark building in Beirut's commercial district Tuesday, the second blaze this month to send shudders through a capital still in shock after a massive port blast in August ripped through the Mediterranean city.

There were no immediate reports of casualties and the blaze was quickly extinguished, but it left residents exasperated in a nation that has been hammered by a deep economic crisis and which is waiting for its politicians to form a new government.

"It's terrible. It's unbelievable," said Joe Sayegh, 48, who had been on a jog through the city before coming to the scene. "Every day we have a problem."

Fire trucks quickly doused the flames that charred a corner of the futuristic building designed by the practice set up by the late Zaha Hadid, the renowned British-Iraqi architect.

The building near the seafront which has been under construction for years and its curved lines have become a prominent feature of the central commercial area rebuilt from the 1975-1990 civil war. But protests during an economic crisis that was caused by a mountain of debt had already driven many businesses out of the city center and left many buildings scarred, before the Aug. 4 port blast ruined another swathe of the capital.

The government resigned after the port blast, which was blamed on highly explosive ammonium nitrate kept in poor storage conditions for years. This month, a big port fire flared up among the ruined warehouses, adding to the devastation. France is pressing Lebanon to form a new government to tackle endemic corruption and implement reforms to unlock aid. But many Lebanese remain skeptical that Lebanon's political elite can chart a new course.