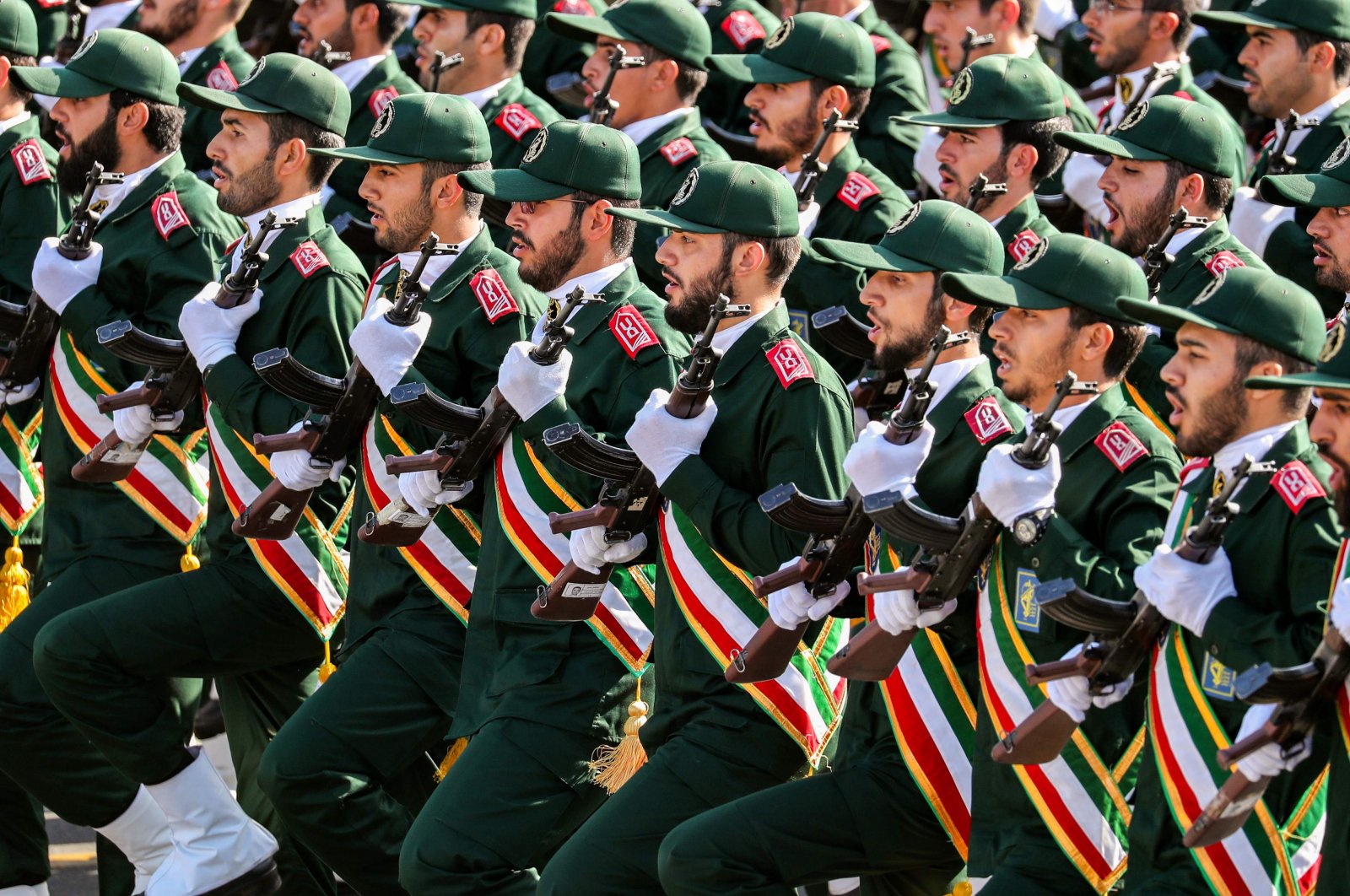 This Sept. 22, 2018, file photo shows members of Iran's Revolutionary Guards Corps (IRGC) march during the annual military parade marking the anniversary of the outbreak of the devastating 1980-1988 war with Iraq, in Tehran, Iran. (AFP Photo)
by REUTERS Mar 07, 2020 11:24 am

A senior member of Iran's Revolutionary Guards, Farhad Dabirian, was killed in Syria on Friday, Fars news agency said, without giving details of how he died.

The agency, which is close to the Revolutionary Guards, described Dabirian as a "defender of Sayida Zainab shrine" (a holy Shiite Muslim site south of Damascus) and as a former commander of the Guards in Palmyra, the ancient city in central Syria.

The Revolutionary Guards and Shiite proxy groups from other countries, including Pakistan, Afghanistan, Iraq and Lebanon, have been fighting alongside the Assad regime's military for a large portion of the nine-year-old civil war.

The Syrian Observatory for Human Rights, a U.K.-based organization which reports on the war, said a senior Iranian Revolutionary Guards' commander was assassinated in the Sayeda Zeinab area south of Damascus.