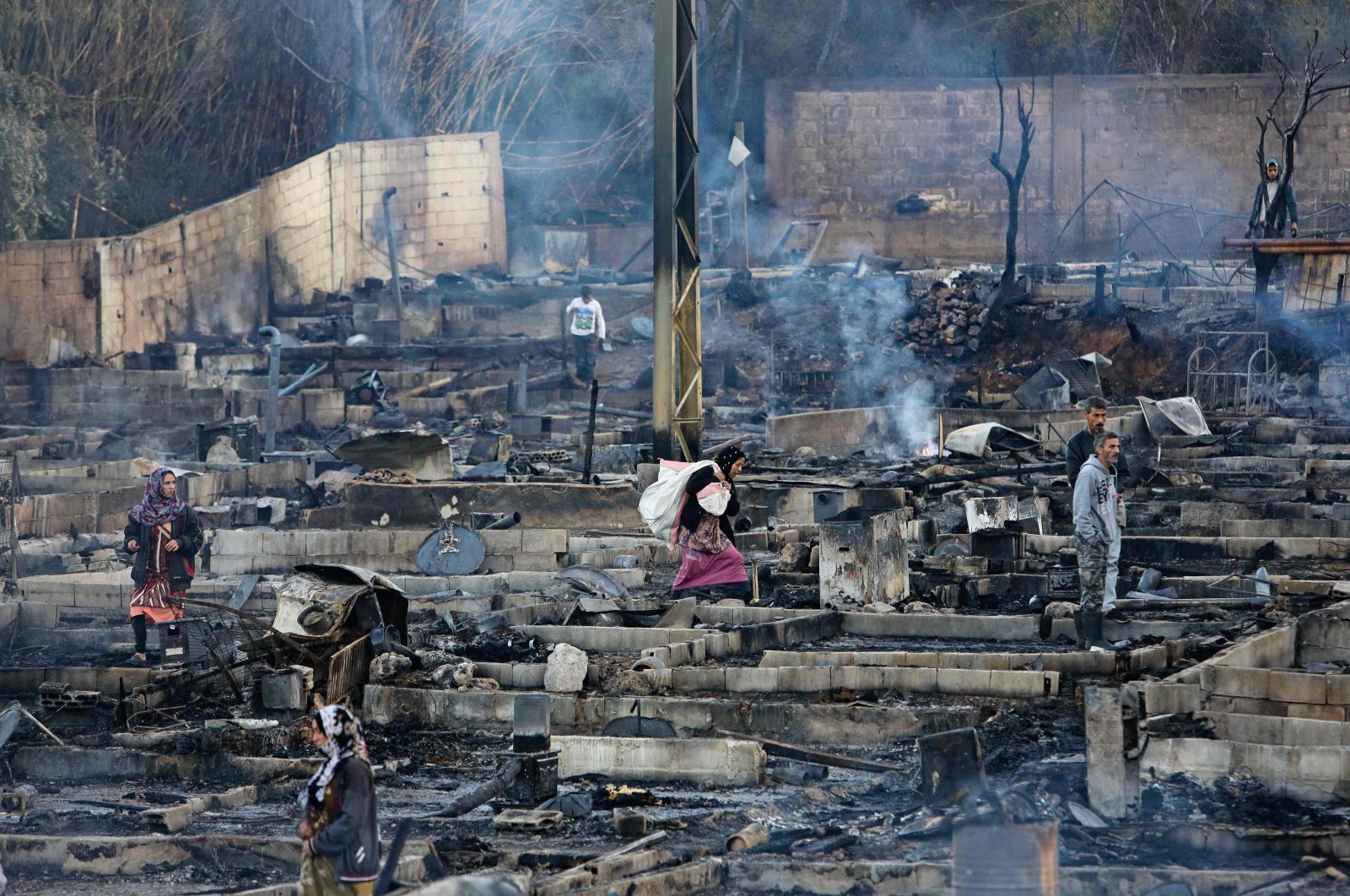 Syrian refugees salvage belongings from the wreckage of their shelters at a camp set on fire overnight in the northern Lebanese town of Bhanine following a fight between members of the camp and a local Lebanese family, Dec. 27, 2020. (AFP Photo)
by ASSOCIATED PRESS Dec 27, 2020 2:34 pm
RECOMMENDED

More than 300 Syrian refugees were forced to flee an informal camp in northern Lebanon after a blaze raged through and burnt tents to the ground, U.N. and Lebanese officials said Sunday.

The fire late Saturday raged for four hours as firefighters tried to put it out, the Lebanese civil defense said. The fire ensued following a fight between a Lebanese family in al-Miniyeh in the country's north and Syrians living in the camp, according to Lebanese media reports.

A Lebanese official said the army is investigating the cause of the fire and conducting raids to round up those responsible for the altercation. The official spoke on condition of anonymity because an official statement has not yet been released.

Khaled Kabbara, a U.N. Refugee Agency spokesperson in northern Lebanon, said some 375 people lived in the informal settlement that was located on a plot of rented land. He said the entire camp was burnt to the ground.

Kabbara said four people were injured in the fire and hospitalized with minor injuries. He said some residents of the camp returned Sunday to see if anything could be salvaged from the fire.

Most of the refugees have sought refuge in other nearby informal settlements. Some from the local community have also offered shelter, Kabbara said. Kabbara said altercations between residents and Syrian refugees often "catastrophically impact the community as a whole.”

Tensions are common in Lebanon between citizens and Syrian refugees, who have fled the war in their country. Lebanon is host to more than 1 million refugees, nearly a quarter of the country's population of 5 million, further burdening the country's already crumbling infrastructure. Tensions between Lebanese and Syrians also dates back to the days when Syria dominated its smaller neighbor for almost three decades with thousands of troops stationed in Lebanon.