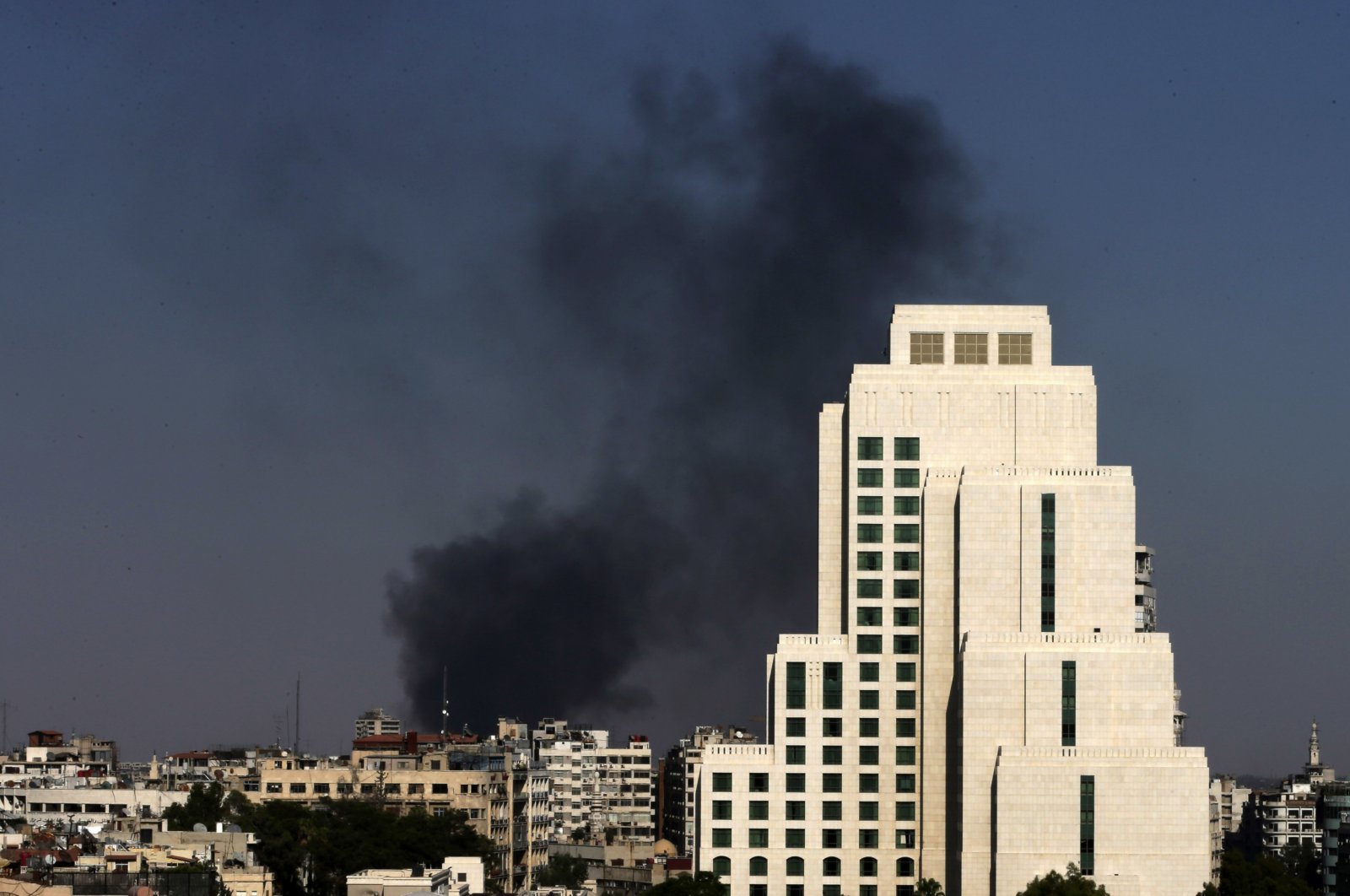 A group of Syrian chemical attack survivors and Syrian rights groups announced Tuesday that they have filed a criminal complaint in France over two August 2013 attacks outside Damascus, pointing to the alleged responsibility of the Syrian Bashar Assad regime in what would constitute war crimes and crimes against humanity.

"We have compiled extensive evidence establishing exactly who is responsible for these attacks ... whose horrific effects continue to impact survivors,” said Hadi al Khatib, founder and director of Syrian Archive, which is supporting the initiative by the survivors and the Syrian Center for Media and Freedom of Expression (SCM).

The suit concerns 2013 attacks in Douma and the Damascus suburb of Eastern Ghouta. It is the second such effort in Europe in recent months seeking accountability in chemical attacks.

In October, human rights groups filed a criminal complaint in Germany asking prosecutors to act over the 2013 sarin attack in Eastern Ghouta and a 2017 attack in the town of Khan Shaykhun. They stand out as among the worst in the Syrian conflict.

Both France and Germany have the principle of "universal jurisdiction,” which allows their courts to investigate and prosecute crimes against humanity even if they were committed by foreign nationals on foreign territory.

"We urge the French judges to jointly investigate the attacks on Eastern Ghouta with the German prosecutor,” Steve Kostas, a lawyer at the Open Society Justice Initiative, said in the statement announcing Tuesday's move. According to Kostas by pooling resources and efforts, countries can more easily compile strong evidence against the Bashar regime's officials most responsible. Kostas asserted that this would allow judicial authorities in different countries to have criminal cases ready to prosecute.

The New York-based Open Society Justice Initiative has joined with the SCM, and Syrian Archive to file their suits in both France and Germany.

The complaint, which contains testimony from survivors, includes hundreds of photos and video and an analysis of the regime military chain of command, said the statement.

Al Khatib of Syrian Archive said that Bashar's regime "still has not come clean about its chemical weapons production, use and storage, which means it still poses a threat to its own civilians, as well as to international peace and security.”

"It must be held accountable,” he added.