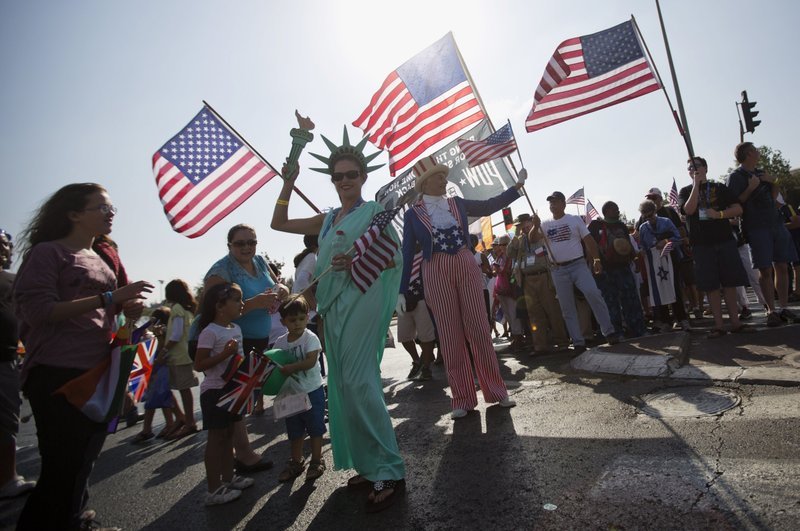 An evangelical broadcaster who boasted of miraculously securing a TV license in Israel now risks being taken off the air over suspicions of trying to convert Jews to Christianity.

The controversy over "GOD TV" has put both Israel and its evangelical Christian supporters in an awkward position, exposing tensions the two sides have long papered over.

Evangelical Christians, particularly in the United States, are among the strongest supporters of Israel, viewing it as the fulfillment of biblical prophecy, with some seeing it as the harbinger of the second coming of Jesus Christ and the end of days.

Israel has long welcomed evangelicals' political and financial support, especially as their influence over the White House has risen during the Donald Trump era, and it has largely shrugged off concerns about any hidden religious agenda.

But most Jews view any effort to convert them to Christianity as deeply offensive, a legacy of centuries of persecution and forced conversion at the hands of Christian rulers. In part because of those sensitivities, evangelical Christians, who generally believe salvation can only come through Jesus and preach the Gospel worldwide, rarely target Jews.

When GOD TV, an international Christian broadcaster, reached a seven-year contract earlier this year with HOT, Israel's main cable provider, it presented itself as producing content for Christians.

But in a video message that has since been taken down, GOD TV CEO Ward Simpson suggested its real aim was to convince Jews to accept Jesus as their messiah. The channel, known as "Shelanu," broadcast in Hebrew even though most Christians in the Holy Land speak Arabic.

“God has supernaturally opened the door for us to take the Gospel of Jesus into the homes and lives and hearts of his Jewish people," Simpson said in the video.

"They'll watch secretly, they'll watch quietly," he added. "God is restoring his people, God is removing the blindness from their eyes.”

In a subsequent video, Simpson acknowledged that the channel was under investigation by Israeli authorities, saying that preaching about Jesus in Israel is a “very touchy subject.” He apologized for any offensive remarks and said GOD TV would comply with all regulations.

Freedom of religion is enshrined in Israeli law, and proselytizing is allowed as long as missionary activities are not directed at minors and do not involve economic coercion.

The Communications Ministry said it was investigating a “discrepancy” between the application for the license that was granted in March, which said the channel was focused on the Christian community and its actual content, which appears to “target Jews and convince them that Jesus is the messiah.”

HOT said in a statement that it was not responsible for the channel's content and has been “fully transparent” with authorities.

GOD TV was founded in the U.K. in 1995 and eventually grew into a 24-hour network with offices in several countries. Its international broadcasting licenses are held by a Florida-based nonprofit. It claims to reach 300 million households worldwide, and Simpson was among the participants at a high-level Christian media summit hosted by Israel last year.

Simpson denied trying to convert Jews to Christianity. He said Jews who accept Jesus as the messiah can continue to practice their faith, a reference to Messianic Jews, popularly known as Jews for Jesus.

The Messianic movement, which emerged in its modern form in the 1970s, incorporates Jewish symbols and practices — including referring to Jesus by his Hebrew name, Yeshua — but is widely seen as a form of Christianity. All major Jewish denominations reject it, and Israel considers Messianic Jews to be converts to another faith.

He said Simpson's willingness to speak openly about conversion reflects the growing influence of evangelical Christians in both Israel and the United States.

“They feel bulletproof to say these kinds of things and what their real agenda is,” he said.

Rev. Malcolm Hedding, the former executive director of the International Christian Embassy Jerusalem, an umbrella group for Christian Zionists, said Christians only share their faith when asked and denied they have any secret agenda.

“Evangelical support for Israel is not based on prophecies but on promises that God gave to Abraham 4,000 years ago,” he said. “We cannot, and should not, let the arrival of a TV channel in Israel impact negatively on the well-being of a movement that for decades now has brought about a new day in Jewish-Christian relationships.”