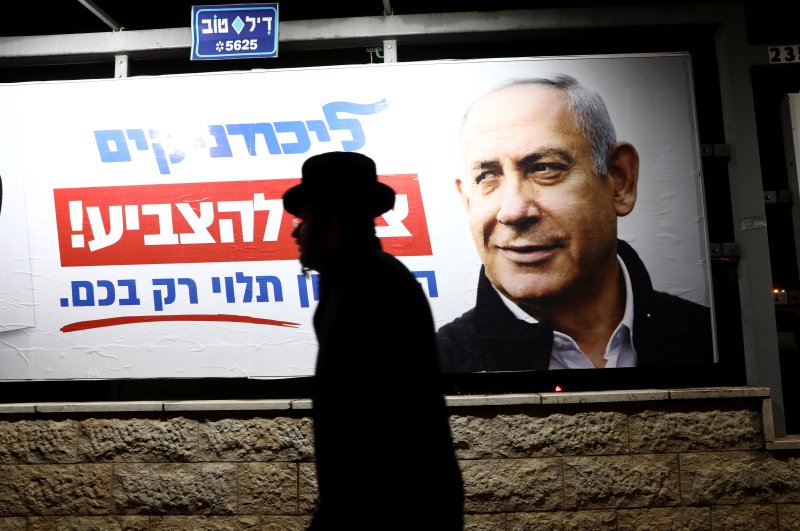 Israel is trying to find a way out of its yearlong political deadlock, as its last two elections have failed to lead to the formation of a ruling government. Elections will be held once again next Monday for the third time in less than a year. Still, it is foreseen that neither Prime Minister Benjamin Netanyahu nor his main rival, Benny Gantz, will secure a clear victory. Polls indicate that the parties are neck and neck.

The elections take place amid corruption charges lodged at Netanyahu, who overcame the leadership challenge in Likud Party once again, this time despite the ongoing corruption allegations against him. While he is being accused of fraud, bribery and other illegal activities, Netanyahu considers his success an important step toward securing the prime minister's office in the upcoming elections. In September's national elections, Netanyahu – Israel's longest-serving prime minister – failed to secure majority seats in the Knesset, the Israeli parliament. Since his party has failed to reach an understanding on a coalition, Israel has been plunged into one of the worst political deadlocks in its history.

It was expected that the political deadlock would weaken Netanyahu. The elections will demonstrate whether he has been able to cling to power once again or has opened a space for leftists, who have been long willing to take over power. Turnout may be low as people are tired of the ongoing political tensions. Moreover, polls indicate that Netanyahu will not have a clear victory, while Gantz will fail to appeal to Netanyahu’s right-wing voters. Assaf Shapira, a researcher at the Israeli Democracy Institute, told the agencies: “It's difficult for me to see any real chance for a surprise of substantive change in the large picture ... Unfortunately, the most likely scenario is another election.”

Amid the deadlock, Gantz refused to sit with the Arab parties or to ally with far-right parties. One of the leaders has to secure at least 61 seats in the Knesset, the Israeli parliament, to be able to form a government.

Despite the fact that Netanyahu has lost his previous popularity among Israelis, he plays the Palestinian card each time. He promised to annex the West Bank, expand illegal Israeli settlements and take harsher measures against the threats that he claims are coming from the Palestinians.