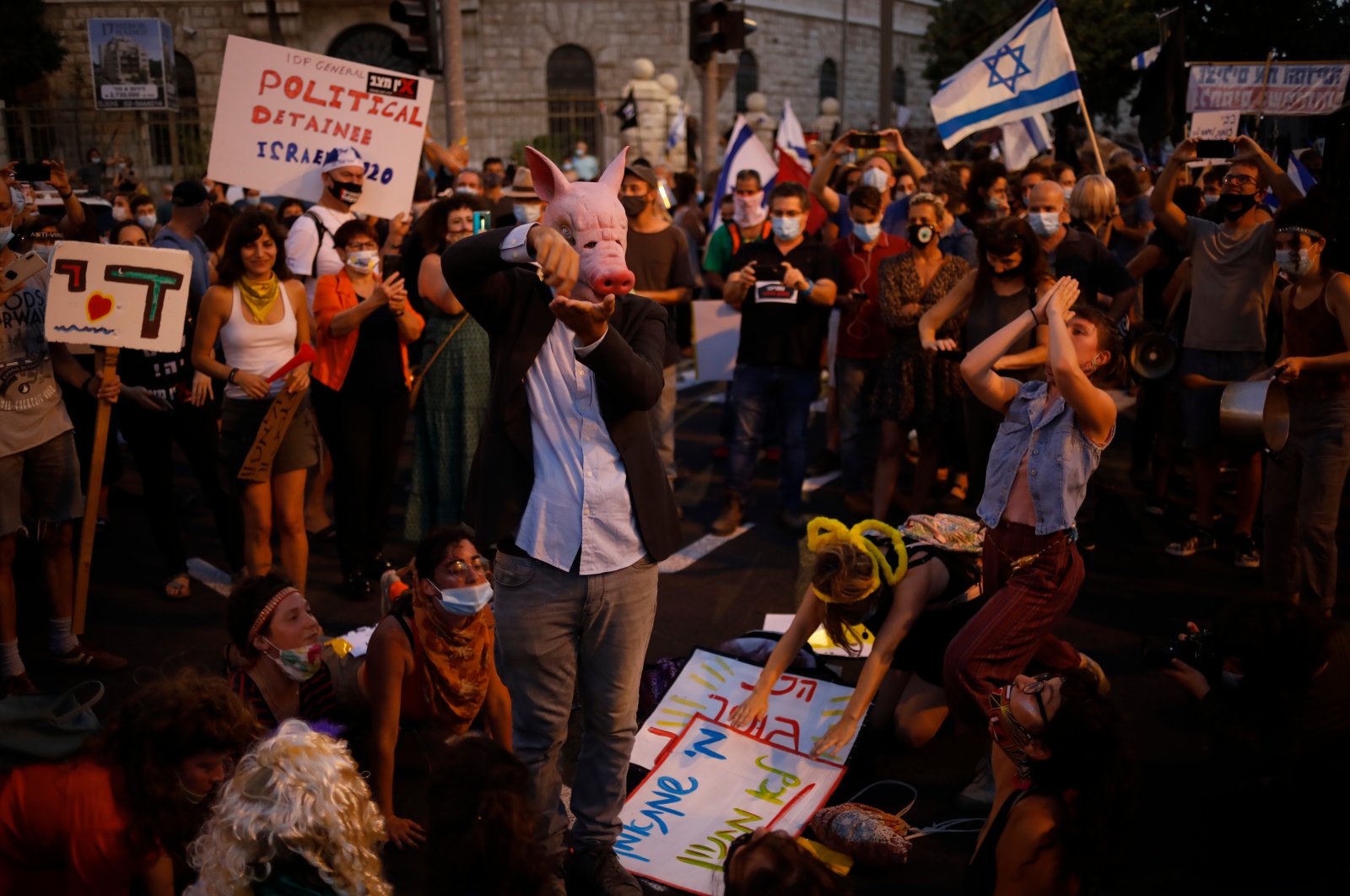 Thousands of Israelis on Tuesday demonstrated outside the official residence of Prime Minister Benjamin Netanyahu, calling on the embattled leader to resign as he faces a trial on corruption charges and grapples with a deepening coronavirus crisis.

Netanyahu has seen his popularity drop in recent weeks as he comes under criticism from a series of directions. A loose-knit movement has held a number of demonstrations saying that Netanyahu is unfit to lead at a time when he is on trial. Others have taken to the streets to protest a worsening economic crisis caused by the coronavirus.

The rowdy demonstration Tuesday evening was led by anti-corruption activists who refer to Netanyahu as the “crime minister.” Many held posters, saying “You are detached. We are fed up,” or saying there is “no way” a politician under indictment can be prime minister. Demonstrators, defying orders to maintain social distancing requirements, chanted slogans and blew horns outside the Netanyahu's home.

As the demonstrating was ending, there were small scuffles between police and some protesters.

Netanyahu is currently on trial for a series of cases in which he allegedly received lavish gifts from billionaire friends and traded regulatory favors with media moguls for more favorable coverage of himself and his family. He denies wrongdoing and has doggedly refused to step down, lashing out at the media, the judiciary and law enforcement, which he says are engaged in a witch-hunt against him. Netanyahu’s trial, which began in May, is scheduled to resume next week.

The scandals featured prominently in three hard-fought Israeli election campaigns over the course of a year. But amid a continued stalemate, and a coronavirus crisis, Benny Gantz and Gabi Ashkenazi, the two retired military chiefs who vowed to replace Netanyahu, decided to join the longtime leader instead in an unity government.

Now, the main source of opposition to Netanyahu is in the streets. On Monday, police dispersed a group of activists who had set up tents outside his official residence in central Jerusalem.

At the same time, Netanyahu is facing a growing wave of discontent over his handling of the coronavirus crisis. After receiving widespread praise for quickly sealing Israel's borders in March and imposing other restrictions, Netanyahu acknowledged last week that he reopened the economy too quickly.

The country is now experiencing a sharp rise in coronavirus cases and the economy is struggling as unemployment remains above 20%. Critics accuse him of leading a bloated, out-of-touch government and moving too slowly to help struggling Israelis.

Netanyahu has promised a “safety net” to help the self-employed, unemployed and small businesses, and has been holding a series of meetings to ensure that promised stipends are quickly paid out.