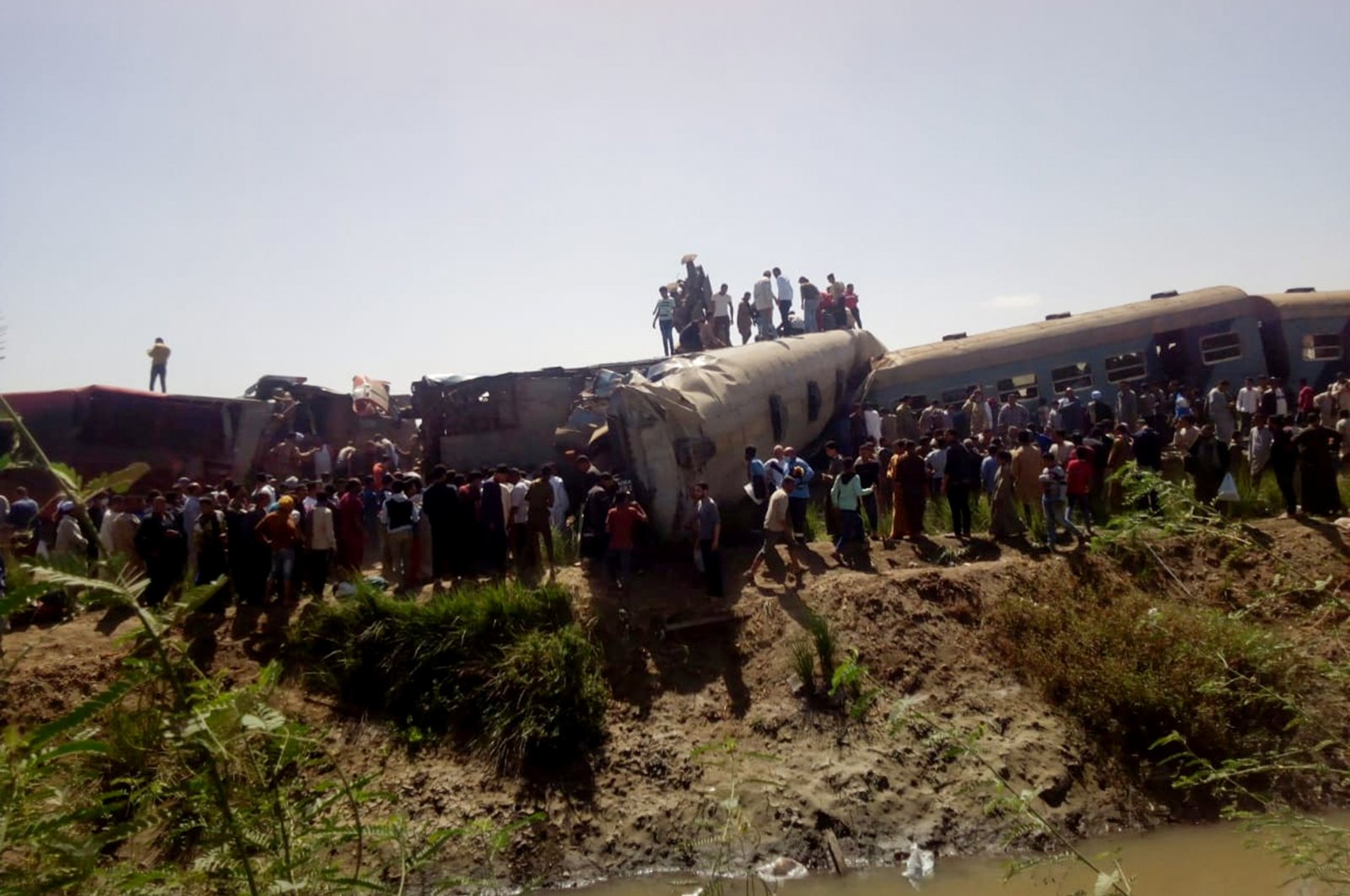 A train crash in north of the city of Sohag in central Egypt killed at least 32 people and injured 66 others, health authorities said.

Dozens of ambulance vehicles were rushed to the scene of the crash, which took place in the southern province of Sohag, said a statement by Egypt’s heath ministry quoted by the Associated Press (AP).

It was not immediately what caused the crash close to the Nile-side town of Tahta, about 365 km (230 miles) south of Cairo. The public prosecutor's office said it had ordered an investigation.

"The trains collided while going at not very high speeds, which led to the destruction of two carriages and a third to overturn," a security source told Reuters.

Local media displayed videos from the scene showing flipped wagons with passengers trapped inside and surrounded by rubble. Some victims seemed unconscious, while others could be see bleeding.

Bystanders carried bodies, laying them out on the ground near the site of the accident. Pictures on local media showed train carriages derailed above a channel of water.

Egypt’s railway system has a history of badly maintained equipment and poor management. Official figures show that 1,793 train accidents took place in 2017 across the country. In 2018, a passenger train derailed near the southern city of Aswan, injuring at least six people and prompting authorities to fire the chief of the country’s railways.

In the same year, President Abdel-Fattah el-Sissi said the government lacks about 250 billion Egyptian pounds, or $14.1 billion, to overhaul the run-down rail system. El-Sissi spoke a day after a passenger train collided with a cargo train, killing at least 12 people, including a child.

Egypt's deadliest train crash took place in 2002, when over 300 people were killed when fire erupted in speeding train traveling from Cairo to southern Egypt.