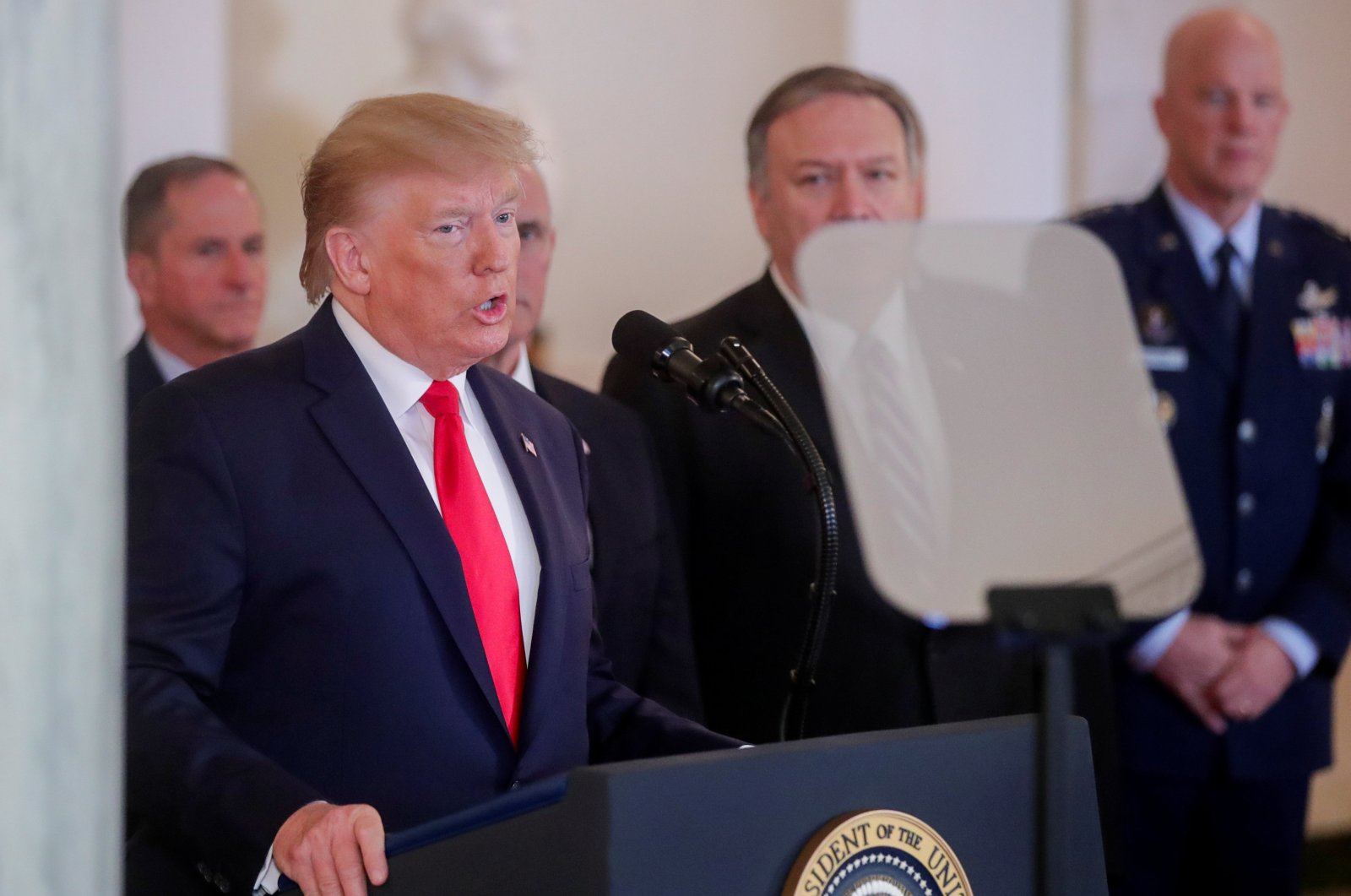 U.S. President Donald Trump voiced hope for progress with Iran on Thursday after the regime released a U.S. Navy veteran and the U.S. freed two Iranians.

Michael White, who had contracted the coronavirus while in Iran, flew out on a Swiss military jet to Zurich where he was welcomed by a senior U.S. official. "Thank you to Iran, it shows a deal is possible!" Trump wrote on Twitter.

"This can happen for all prisoners. No need for cherry picking," Iranian Foreign Minister Mohammad Javad Zarif wrote on Twitter. "Iranian hostages held in, and on behalf of, the U.S. should come home," he said.

The developments capped months of quiet negotiations between two countries that are at bitter odds over U.S. penalties imposed after Trump withdrew the U.S. from the 2015 nuclear deal and over the killing by American forces of a top Iranian general in Iraq at the beginning of this year.

U.S. Secretary of State Mike Pompeo, who has championed a hawkish line against the clerical regime, said Iranian authorities had been "constructive" on freeing White but urged the release of three other U.S. citizens, all of Iranian descent, who remain detained.

White, who had served 13 years in the U.S. Navy, was arrested in July 2018 in the northeastern city of Mashhad after visiting a woman whom he had reportedly met online. He was sentenced the following year to at least 10 years in prison on charges that he insulted Iran's Supreme Leader Ayatollah Ali Khamenei and posted anti-regime remarks on social media under a pseudonym.