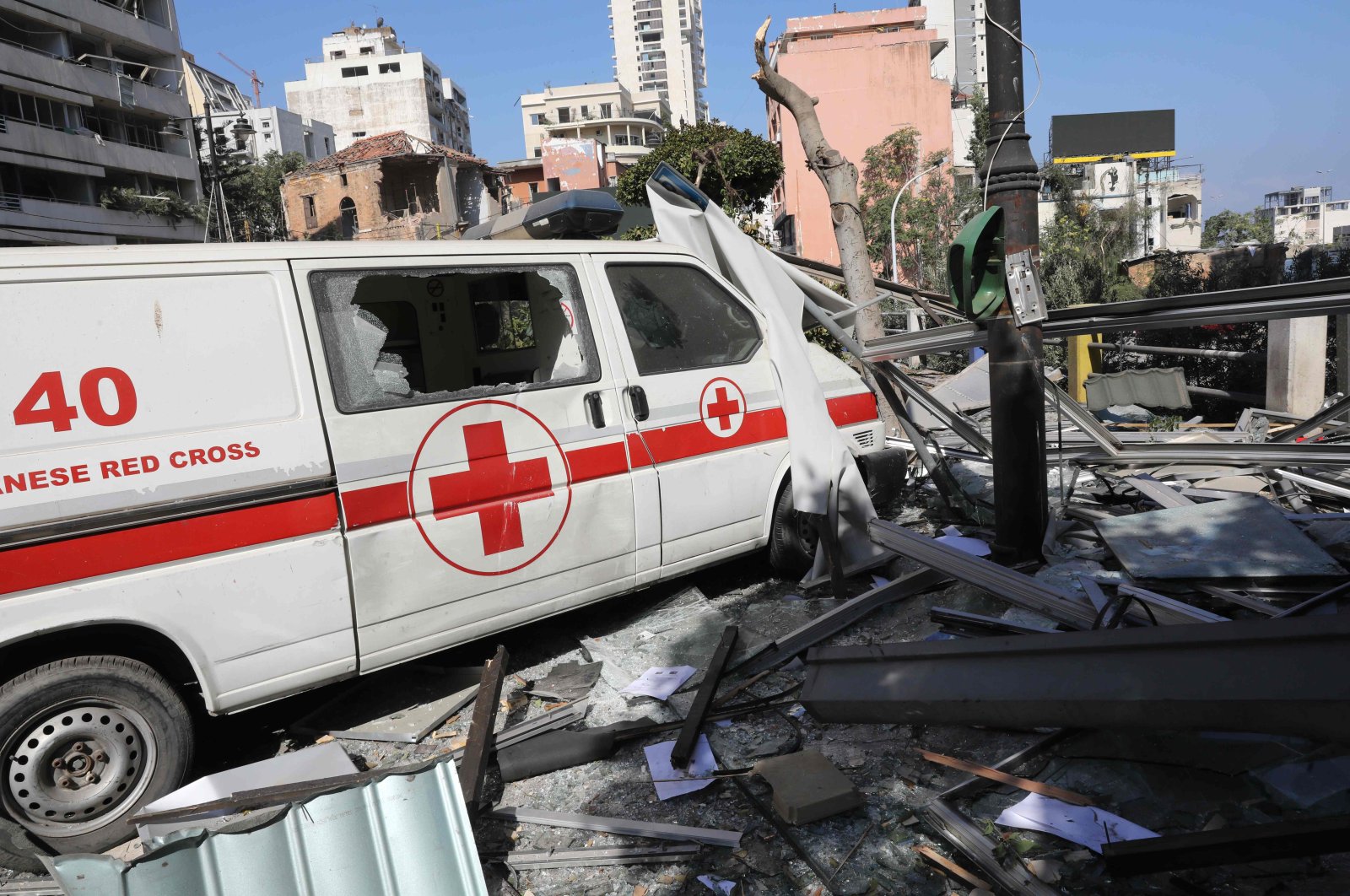 An emergency command vehicle of the Lebanese Red Cross is pictured in the aftermath of yesterday's blast that tore through Lebanon's capital and resulted from the ignition of a huge depot of ammonium nitrate at Beirut's port, on Aug. 5, 2020. (AFP Photo)
by REUTERS Aug 05, 2020 11:58 am

Turkey's Humanitarian Relief Foundation (IHH) is among those searching for survivors in Beirut after a massive blast in the city killed 100 people and injured nearly 4,000. Ankara has also offered to build a field hospital and help as needed.

"We've relayed our offer to help" including immediate work on the hospital, and "we are expecting a response from the Lebanese side," a senior Turkish official told Reuters.

Tuesday's blast at port warehouses storing highly explosive material was the most powerful in years in Beirut and prompted aid offers from countries including the United States, Israel and Turkey.

Members of the IHH group were digging through debris to look for people and recover bodies, and the group mobilized a kitchen at a Palestinian refugee camp to deliver food to those in need, said Mustafa Özbek, an Istanbul-based official from the group.

"We are providing assistance with one ambulance to transfer patients. We may provide help according to the needs of the hospital," he said.