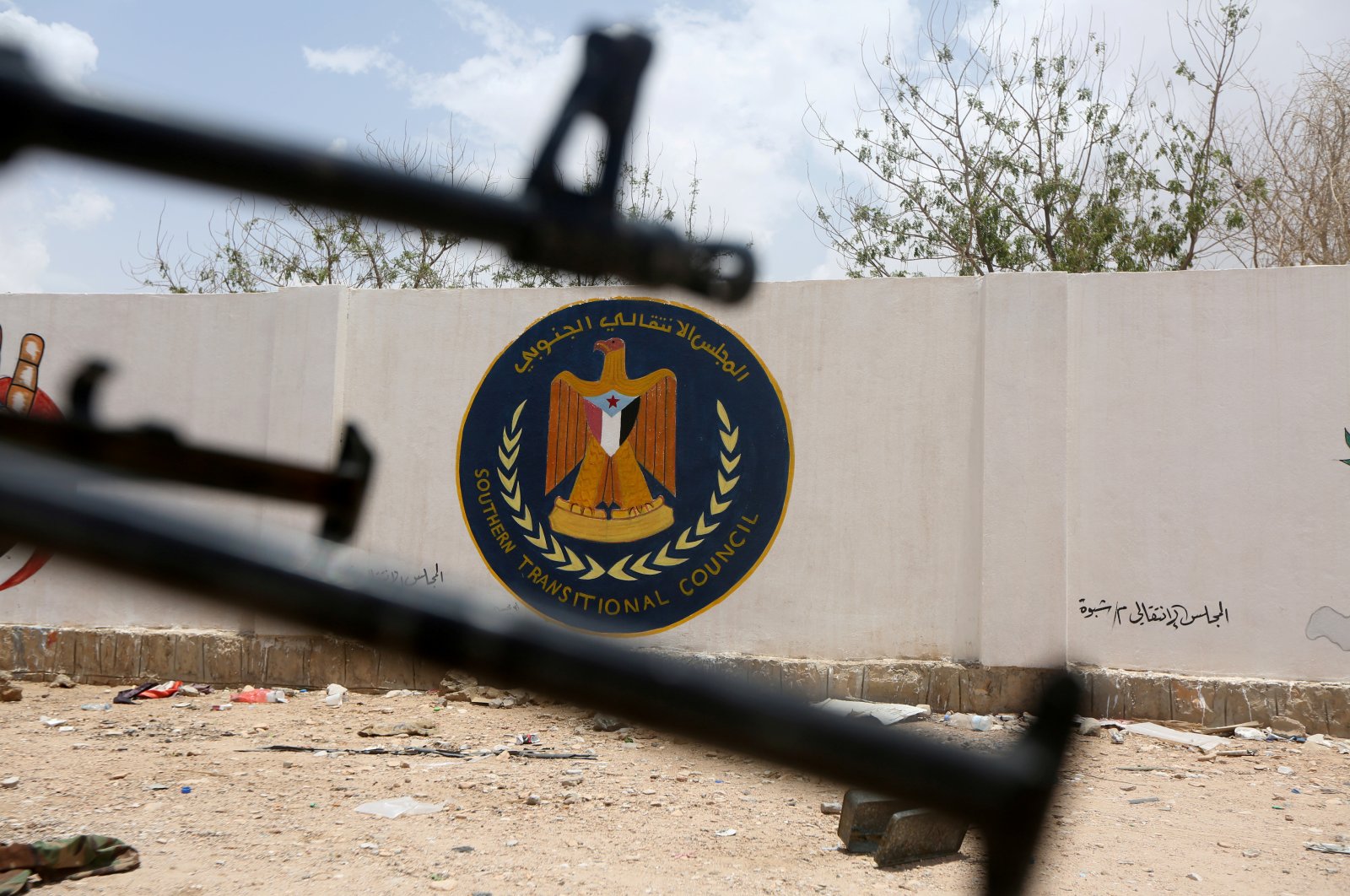 The emblem of the Southern Transition Council is seen between weapons held by Yemeni government soldiers, Ataq, Aug. 27, 2019. (REUTERS Photo)
by Compiled from Wire Services Jun 21, 2020 11:49 am
RECOMMENDED

Socotra Governor Ramzi Mahrous condemned the separatist attacks in his province, saying from his home in Socotra that his forces would fight back.

Calls have grown against the UAE’s presence in Socotra, recently. Earlier this month, hundreds demonstrated to demand the expulsion of forces of the STC. Waving Yemeni flags, protesters chanted slogans in support of President Abed Rabbo Mansour Hadi and in rejection of the STC’s self-rule. The militias who are part of the Southern Transitional Council were the on-the-ground allies of the UAE, once Saudi Arabia’s main coalition partner in the yearslong war against the Iranian-backed Houthi rebels.

The UAE is a major partner in a Saudi-led military campaign that is supporting Yemen’s internationally recognized government against Iran-allied Houthi rebels, who are in control of the capital Sanaa. But ties between the Yemeni government and the UAE have soured recently, as the UAE has been accused of also supporting separatists in Yemen. The anti-Houthi coalition has fractured over the past months, as violence erupted in Yemen’s south between the Saudi-backed government and the UAE-backed separatists.