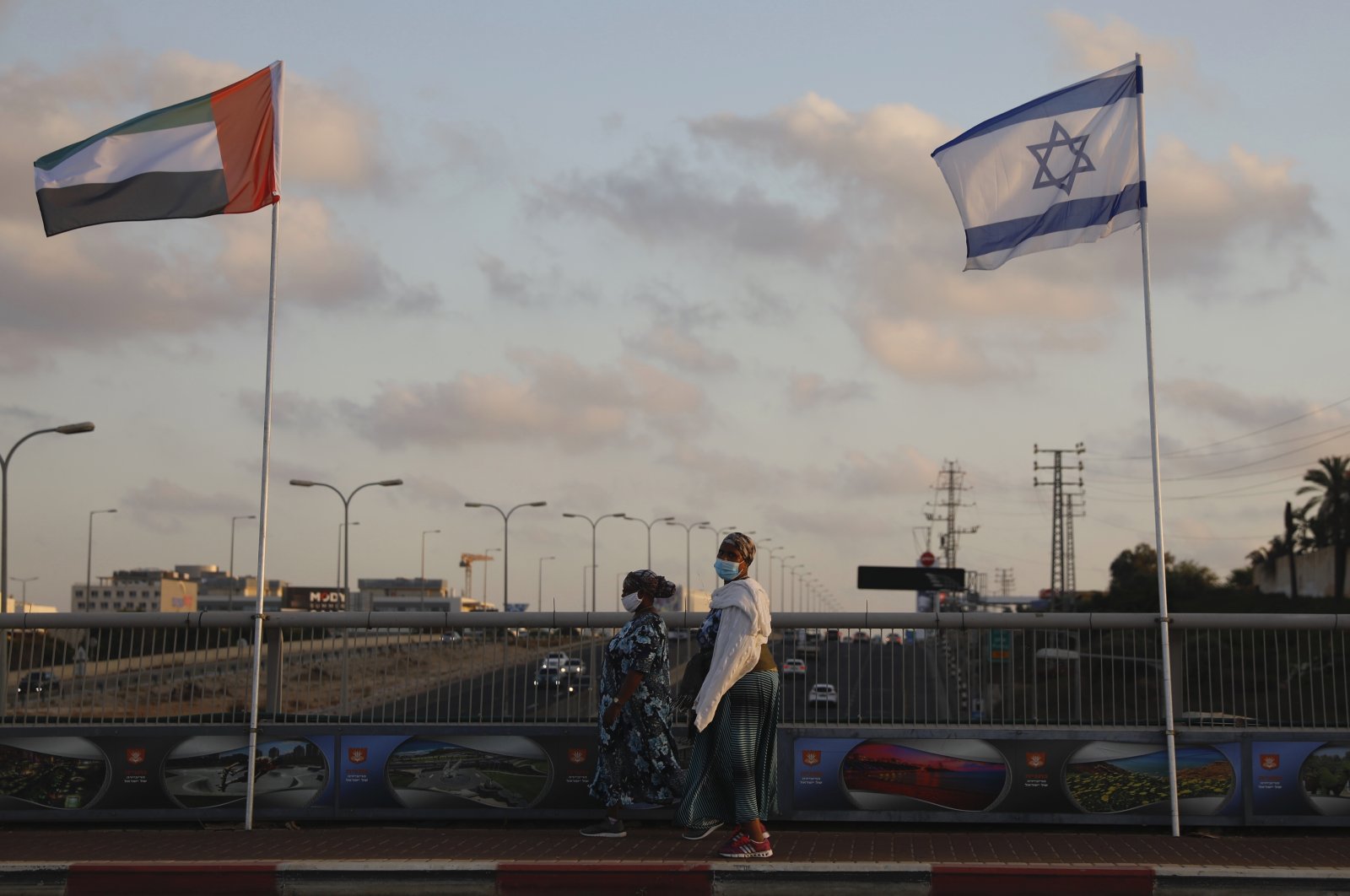 The Cabinet of the United Arab Emirates (UAE) on Monday approved an agreement to establish full diplomatic relations with Israel that was signed in Washington last month, ahead of a visit by a UAE delegation to Israel.

In September, the UAE and fellow Gulf state Bahrain became the first Arab states in a quarter of a century to sign deals establishing formal ties with Israel, forming a new axis in the Middle East against Iran.

A Cabinet statement said the Abraham Accord would be "an avenue of peace and stability to support the ambitions of the region's people and enhance efforts for prosperity and advancement, especially as it paves the way for deepening economic, culture and knowledge ties."

Israel ratified the deal in a Cabinet vote and a parliamentary vote last week.

A UAE delegation is expected to visit Israel on Tuesday, accompanied by U.S. officials who arrived in Abu Dhabi on Monday from Bahrain, where they joined an Israeli delegation on a trip to Manama to sign a communique formalizing nascent ties.

Israel and the UAE have already signed several memoranda of understanding. They will ink a deal on Tuesday to allow 28 weekly commercial flights between Tel Aviv's Ben Gurion airport, Dubai and Abu Dhabi, Israel'sTransportation Ministry has said

Israel, the UAE and Bahrain all signed a document dubbed the Abraham Accords on Sept. 15 after bilateral agreements, which were regarded as a betrayal for many Palestinians as there continues to be no change in sight for Israel's policy on the long-occupied zones.

Palestinian groups have denounced the deal, saying it ignores the rights of Palestinians and does not serve the Palestinian cause. The deals broke with decades of Arab consensus that there would be no normalization of relations with Israel until it had made peace with the Palestinians.

The Israeli-Palestinian conflict has been ongoing for decades with minimum hope for a solution in the near future. The war that broke out in 1948 when Israel declared statehood and neighboring Arab states invaded is remembered every year on May 15 by Palestinians as Nakba Day (Nakba meaning catastrophe in Arabic). Hundreds of thousands of Palestinians fled or were expelled from their villages during the war.

Nearly seven decades later, their numbers have swelled to more than 5.3 million registered refugees, who live in United Nations-run camps scattered throughout the region – 27 camps in the occupied West Bank and Gaza, 12 in Lebanon, 10 in Jordan and nine in Syria. Israel rejects the return of all refugees and their descendants to its own territory. However, nearly all refugees are adamant that they will not accept compensation for their homes. International law views both the West Bank and east Jerusalem as occupied territories and considers all Jewish settlement-building activity in the area illegal.