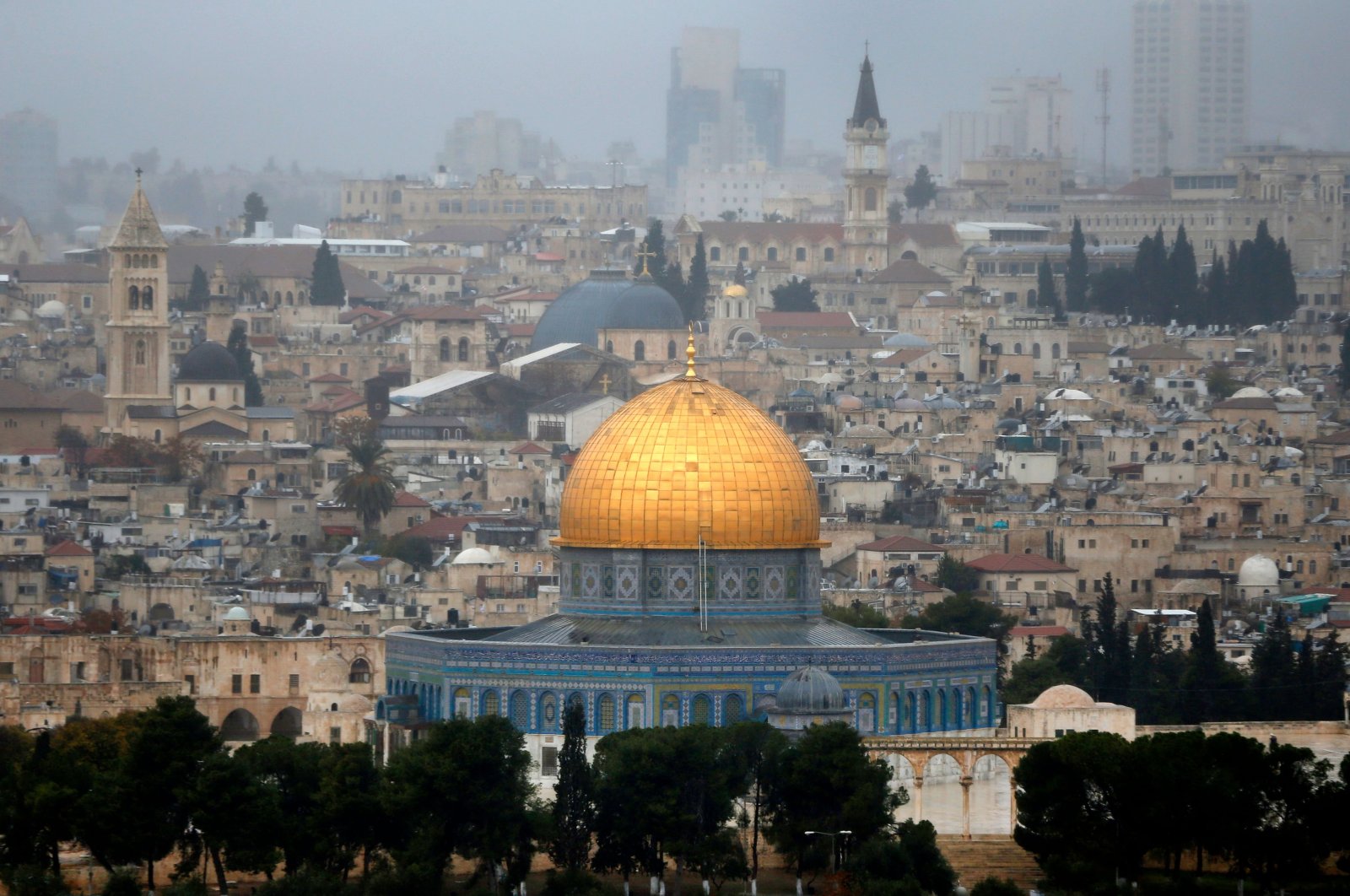 As the United Arab Emirates (UAE) continues to grow its regional role and foreign policies, Palestinian authorities have taken notice of Abu Dhabi's attempts to expand its influence in the occupied West Bank and east Jerusalem.

According to earlier reports by Anadolu Agency (AA), Emirati and Israeli officials discussed joint businesses in illegal West Bank settlements, including in east Jerusalem and in the neighboring Al-Aqsa Mosque, news that greatly angered the Palestinians.

"We think that the UAE is playing a serious role in Jerusalem and the West Bank,” Hamas spokesperson Sami Abu Zuhri told AA. "The dangerous UAE role in Jerusalem and its agreements with Israeli settlers in the occupied West Bank reflect that the UAE-Israeli relations went beyond a normalization deal," he added, highlighting that Emirati officials "are providing support to the Israeli occupation and conspiring against the Palestinian cause.”

In September, the UAE and fellow Gulf state Bahrain became the first Arab nations in a quarter-century to sign deals establishing formal ties with Israel, forming a new axis in the Middle East. Tel Aviv's agreements with the two nations, known jointly as "The Abraham Accords," were brokered by U.S. President Donald Trump's administration and were seen by some experts as an attempt to secure a foreign policy achievement ahead of the presidential election. Tel Aviv and Abu Dhabi also inked accords on investment protection, science and technology and a civil aviation deal authorizing 28 flights a week between the two countries, Agence France-Presse (AFP) said.

The UAE has taken criticism from within the Arab and Muslim world over its decision to forge ties with Israel, with Palestinians saying the agreement ignores their rights and does not serve the Palestinian cause. The deal broke decades of Arab consensus that there would be no normalization of relations with Israel until it had made peace with the Palestinians.

According to Palestinian researcher Sari Sammour, the UAE is now a part of the pro-Israel axis in the region.

"The UAE sees that its enemies are the same of Israel such as Hamas, the Arab Spring revolutions, Islamic currents, Iran and Turkey, where the common enmity here brings common cooperation,” he told AA, citing the outgoing U.S. president's pro-Israel policy as another factor for the UAE's behavior.

"This may seem strange, but Trump opposes the payment of any money to foreign countries, and he is a staunch supporter of the Israelis, but he wants to translate this support through Arab funds, mostly the UAE funds,” Sammour said. "Judaizing Jerusalem is an Israeli strategic project, but because of the steadfastness of the Palestinian Jerusalemites, Israel is unable to do so, and therefore Israel needs an Arab umbrella through which it can carry out its schemes in the city with the UAE playing this role."

Sammour asserted that Abu Dhabi is trying to challenge Ankara, saying that the Gulf state wants a "rising role in Jerusalem with which the UAE is seeking to compete given that Turkey has distinctive ties within Palestine and the Arab world."

The U.S.-brokered deal between the UAE and Israel also escalated the rivalry for religious control of Jerusalem's Al-Aqsa Mosque.

"All Muslims who come in peace may visit and pray at the Al-Aqsa Mosque, and Jerusalem's other holy sites should remain open for peaceful worshippers of all faiths," the joint statement from the U.S., the UAE and Israel said in August.

This declaration, however, has created significant challenges to the status quo in Jerusalem in favor of Israel.

It could be inferred that the UAE is acting in concert with Israeli settlers and far-right extremists in an attempt to undermine the authority of the Jordanian and Palestinian Supreme Muslim Council over the holy site. On Oct. 18, an Abu Dhabi delegation visited the Al-Aqsa Mosque with the protection of Israeli forces, prompting criticism from Palestinian Prime Minister Muhammad Shtayyeh.

"It is sad to see some Arab delegations entering the compound through the Israeli gate, while worshippers are denied access to it to perform their prayers,” he said.

Last week, Khaled Abu Arafa, a former Palestinian minister of Jerusalem affairs, told the Middle East Eye (MEE) that the Israeli-Emirati deal "raises concern and fears among the Jordanians and Palestinians, because it aims to give the UAE a new role inside Al-Aqsa.”

A few days after his statement, Abu Arafa was arrested by Israeli forces and taken to Ofer Prison.

To legitimize its normalization deal with Israel, the UAE says that the agreement gives more freedom of access to Muslims to visit the holy mosque.

Sammour, however, attributed this step to Abu Dhabi's belief that such measures, which generally antagonize Muslims, would prompt the international community to turn a blind eye to its human rights violations, both domestically and abroad.

"The UAE wants to whitewash its image in the West given the fact that those who support the Israeli settlement activities have wide influence in the U.S. and Europe," he opined.

Early this month, the SAM Organization for Rights and Liberties, a Geneva-based nongovernmental organization (NGO), accused the UAE-backed separatist forces of the Southern Transitional Council (STC) in Yemen of committing human rights violations in the Socotra Archipelago.

Since the UAE-Saudi intervention in Yemen in 2015, tens of thousands of Yemenis, including civilians, are believed to have been killed in the conflict. The war has created the world's worst humanitarian crisis, and millions remain at risk of starvation.