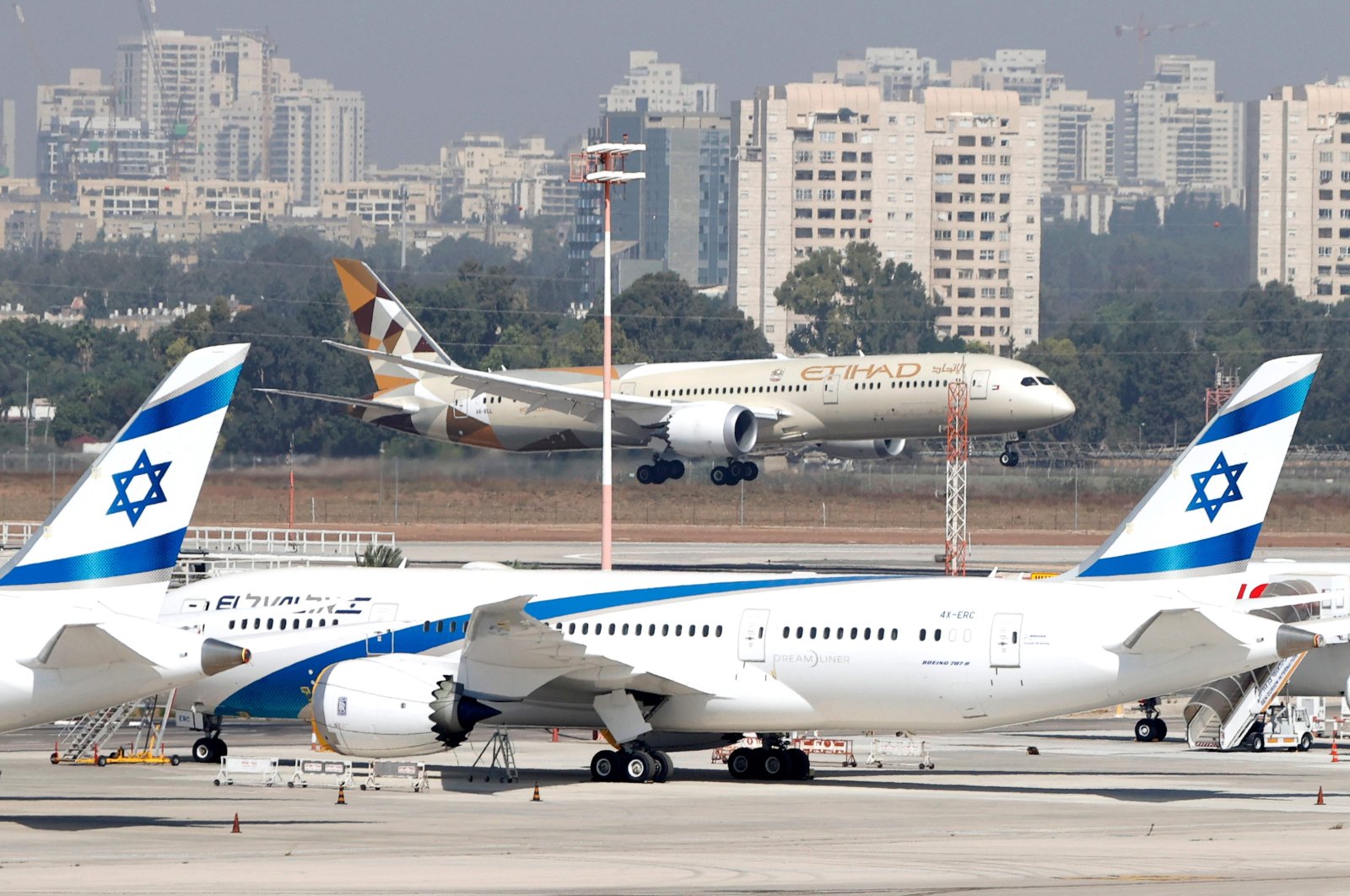 Israel and the United Arab Emirates (UAE) agreed to visa-free travel Monday, an unprecedented arrangement between Israel and an Arab state, signed as the first-ever official Emirati delegation landed in Tel Aviv.

The visit, hailed as a "glorious day for peace" by Prime Minister Benjamin Netanyahu, came after Israel and the UAE agreed to normalize ties in a deal inked at the White House last month.

With their economies hard-hit by the coronavirus pandemic, the UAE and Israel are hoping for rapid dividends from the normalization deal – which broke years of Arab consensus that there should be no relations with the Jewish state until it makes peace with the Palestinians.

The UAE became the third Arab state to establish ties with Israel, followed shortly by Bahrain.

While Israel has peace deals with neighboring Egypt and Jordan, it requires citizens of both countries to obtain visas before entry.

Shortly after greeting the UAE delegation at Ben Gurion airport near Tel Aviv, a mask-wearing Netanyahu vowed that visa-free travel will "offer a huge boost for business (and) tourism."

Israel and the UAE also signed accords on investment protection, and science and technology, and a civil aviation deal authorizing 28 flights a week between the two countries.

"Today, we are making history in a way that will stand for generations," Netanyahu said at the opening of the one-day meeting.

The UAE and Bahrain have faced criticism from within the Arab and Muslim world over their decision to forge ties with Israel.

The head of the Emirati delegation to the Tel Aviv meeting, minister of state for financial affairs Obaid al Tayer, said the UAE was committed to being a "regional leader in terms of economic reform ... international trade, political stability and peacemaking."

In return for formal ties with the UAE, Israel agreed to freeze plans to annex Palestinian territory in the occupied West Bank, although Netanyahu has said that annexation remains on the table.

The right-wing premier has claimed that more Arab states want relations with Israel as regional priorities have shifted, with economic opportunities now valued above a resolution to the Palestinian conflict.

Israel's agreements with the UAE and Bahrain, known jointly as "The Abraham Accords," were brokered by U.S. President Donald Trump's administration, seen by some experts as a move to secure a foreign policy achievement before the U.S. presidential election in two weeks.

"The Abraham Accords signed by the UAE and Israel built and improved upon the agreement by transforming the regional security environment as well as driving economic prosperity for all the nations involved," Mnuchin said at a Monday event in the UAE.

He had earlier held talks with senior Emirati officials on the "promising opportunities for cooperation awaiting the two countries," the official WAM news agency reported.

The Emirati and Bahraini governments ratified their agreements with Israel on Monday, state media reported.