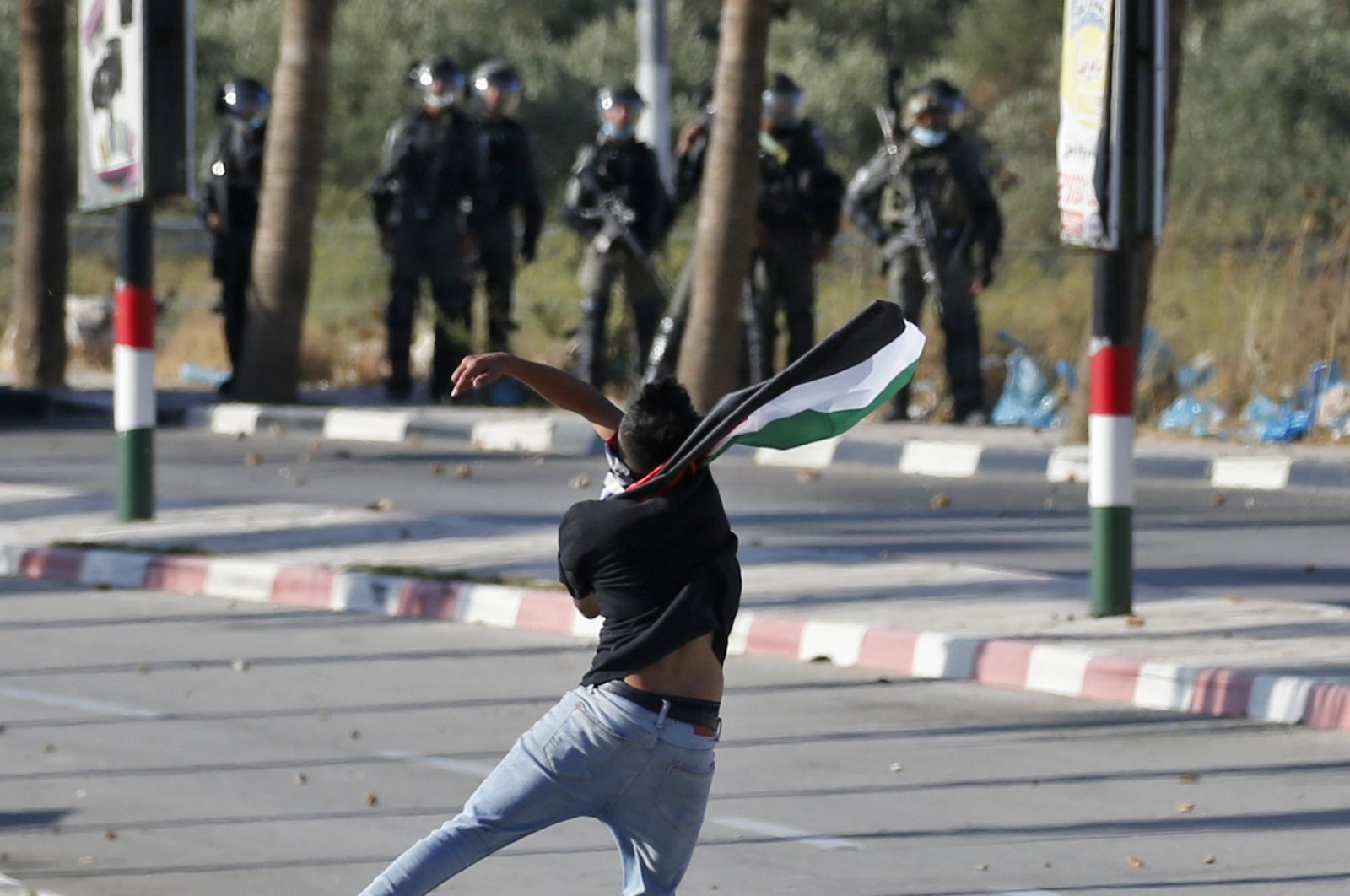 A Palestinian protester hurls stones at Israeli security forces amid clashes following a demonstration against the United Arab Emirates' decision to normalize ties with Israel, in the village of Turmus Aya near the occupied West Bank city of Ramallah, August 19, 2020. (AFP Photo)
by Anadolu Agency Aug 20, 2020 9:43 pm

Gargash said when a normalization agreement with Israel announced last week is signed, "Abu Dhabi will have its embassy in Tel Aviv based on international consensus to a two-state solution."

"The embassy will be in Tel Aviv. This is very clear," he said.

Asked about achievements reached in the deal, he said: "The most concrete achievement was to stop the annexation of Palestinian lands" and reiterated the UAE's commitment to a two-state solution.

Israeli Prime Minister Benjamin Netanyahu, however, has said he agreed to delay annexation in the occupied West Bank as part of a normalization deal, but the plans remain "on the table".

The agreement has long-term gains, said Gargash, and "certainly, this step will create opportunities. Our economy is bigger than Israel's. Israel has great opportunities here (in the UAE)."

He said the deal also paves the way to purchase F-35 fighter jets from the U.S. that the UAE had clearly requested to buy.

"Our first request was six years ago. This is something that happened on the table. Our legal request is on the table," he said, asserting that the request had nothing to do with the deal.