UN arms embargo on Iran expires despite US protest 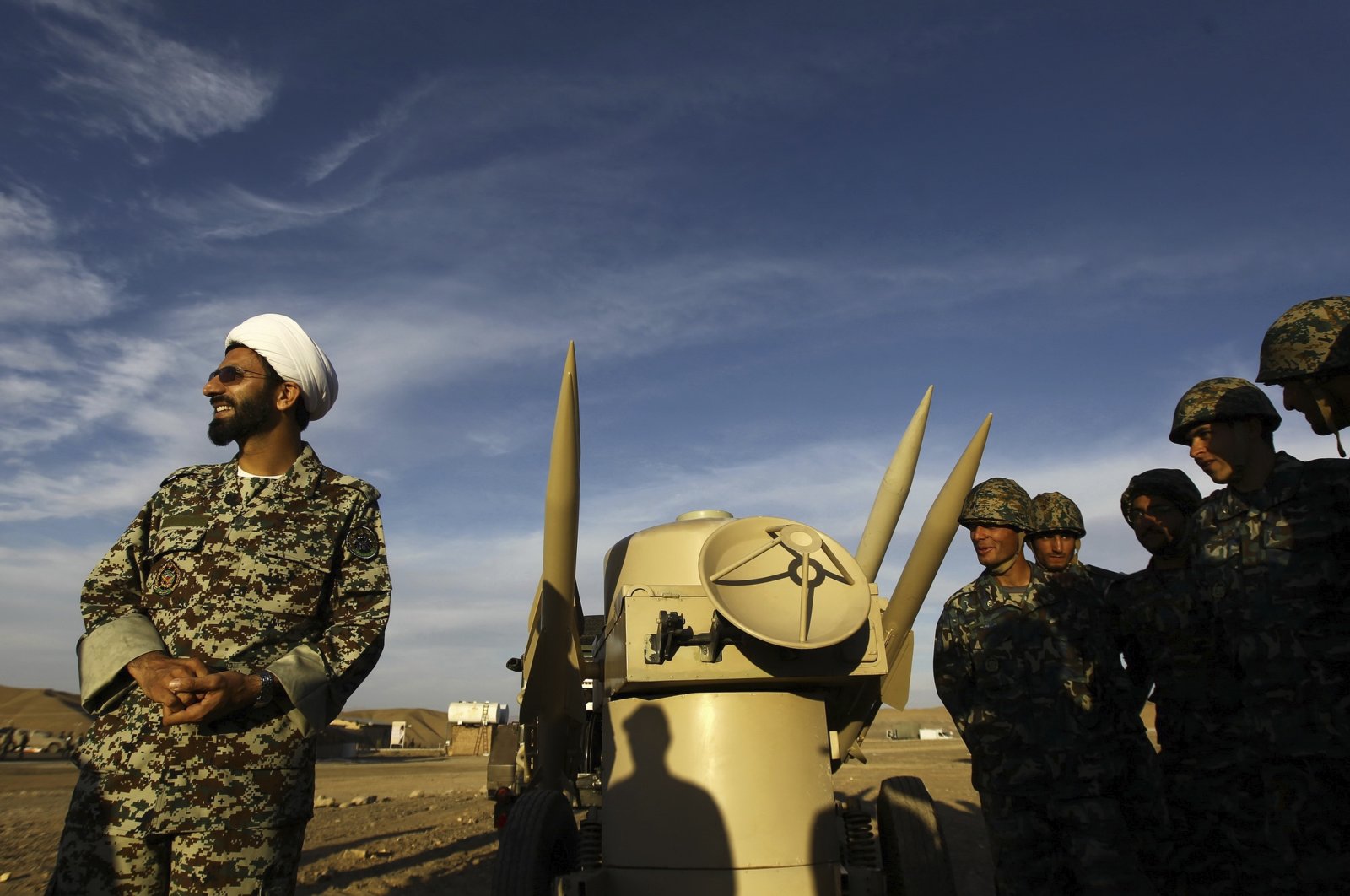 An Iranian clergyman stands next to missiles and army troops during a maneuver in an undisclosed location in Iran, Nov. 13, 2012. (AP Photo)
by ASSOCIATED PRESS Oct 18, 2020 5:00 pm
RECOMMENDED

A decadelong U.N. arms embargo on Iran that barred it from purchasing foreign weapons like tanks and fighter jets expired Sunday as planned under its nuclear deal with world powers, despite objections from the United States.

While insisting it planned no “buying spree,” Iran in theory can purchase weapons to upgrade military armament dating back to before the 1979 Iranian Revolution and sell its own locally produced gear abroad. In practice, however, Iran’s economy remains crippled by broad-reaching U.S. sanctions, and other nations may avoid arms deals with Tehran for fear of American financial retaliation.

Iran heralded the end of the arms embargo as “a momentous day for the international community... in defiance of the U.S. regime’s effort.” The Trump administration, meanwhile, has insisted it has re-invoked all U.N. sanctions on Iran via a clause in the nuclear deal it withdrew from in 2018, a claim ignored by the rest of the world.

“Today’s normalization of Iran’s defense cooperation with the world is a win for the cause of multilateralism and peace and security in our region,” Iran’s Foreign Minister Mohammad Javad Zarif wrote on Twitter.

"The United States is prepared to use its domestic authorities to sanction any individual or entity that materially contributes to the supply, sale, or transfer of conventional arms to or from Iran, as well as those who provide technical training, financial support and services, and other assistance related to these arms,” he said in a statement.

"For the past 10 years, countries have refrained from selling weapons to Iran under various U.N. measures,” Pompeo said. "Any country that now challenges this prohibition will be very clearly choosing to fuel conflict and tension over promoting peace and security.”

Sunday's expiration of the arms embargo was, in fact, the proximate cause for the U.S. decision last month to move forward with the so-called "snapback” of international sanctions in Iran.

The Americans tried unsuccessfully to get the U.N. Security Council to extend the embargo but suffered a humiliating defeat when only one country on the 15-member panel supported it.

In response, the administration announced that it had invoked "snapback” - a mechanism provided for in the Security Council resolution that enshrined the nuclear deal that allows any participant in the accord to restore U.N. sanctions if they determine Iran is not complying with its terms.

The rest of the council, however, rejected U.S. standing to trigger snapback, saying it had lost its right to do so when Trump pulled out of the deal.

Iran long has been outmatched by U.S.-backed Gulf nations like Saudi Arabia and the United Arab Emirates (UAE), which have purchased billions of dollars of advanced American weaponry. In response, Tehran turned toward developing locally made ballistic missiles.

Iran has blasted Gulf Arab purchases of U.S.-made defense equipment as “regrettably lucrative weapon deals” with some of those arms used in the ongoing war in Yemen. That conflict pits a Saudi-led coalition backing the country’s internationally recognized government against rebel forces backed by Iran.

The U.N. arms embargoes, however, did not stop Iran from sending weapons ranging from assault rifles to ballistic missiles to Yemen's Houthi rebels. While Tehran denies arming the Houthis, Western governments and weapons experts repeatedly have linked Iranian arms to the rebels.

Six Gulf Arab nations that backed the extension of the arms embargoes noted arms shipments to Yemen in their objection to the resumption of any weapon sales to Iran. They also mentioned in a letter to the U.N. Security Council (UNSC) that Iran mistakenly shot down a Ukrainian passenger plane in January and its navy accidentally killed 19 sailors in a missile strike during an exercise. The U.N. also linked Iran to a 2018 attack on Saudi Arabia's main crude oil refinery, though Tehran denies any links and Yemen’s rebel Houthis claimed responsibility.

Sunday also marked the end of U.N. travel bans on a number of Iranian military and paramilitary Revolutionary Guard members.

Tensions between Iran and the U.S. reached a fever pitch at the start of the year when an American drone killed a top Iranian general in Baghdad. Tehran retaliated with a ballistic missile attack on U.S. forces in Iraq that injured dozens. Meanwhile, Iran has steadily broken limits of the nuclear deal in an attempt to pressure Europe into salvaging the accord.

In recent months, provocations on both sides have slowed as U.S. President Donald Trump faces a reelection campaign against former Vice President Joe Biden. Biden has said he is willing to offer Iran “a credible path back to diplomacy” if Tehran returns to “strict compliance” with the deal.