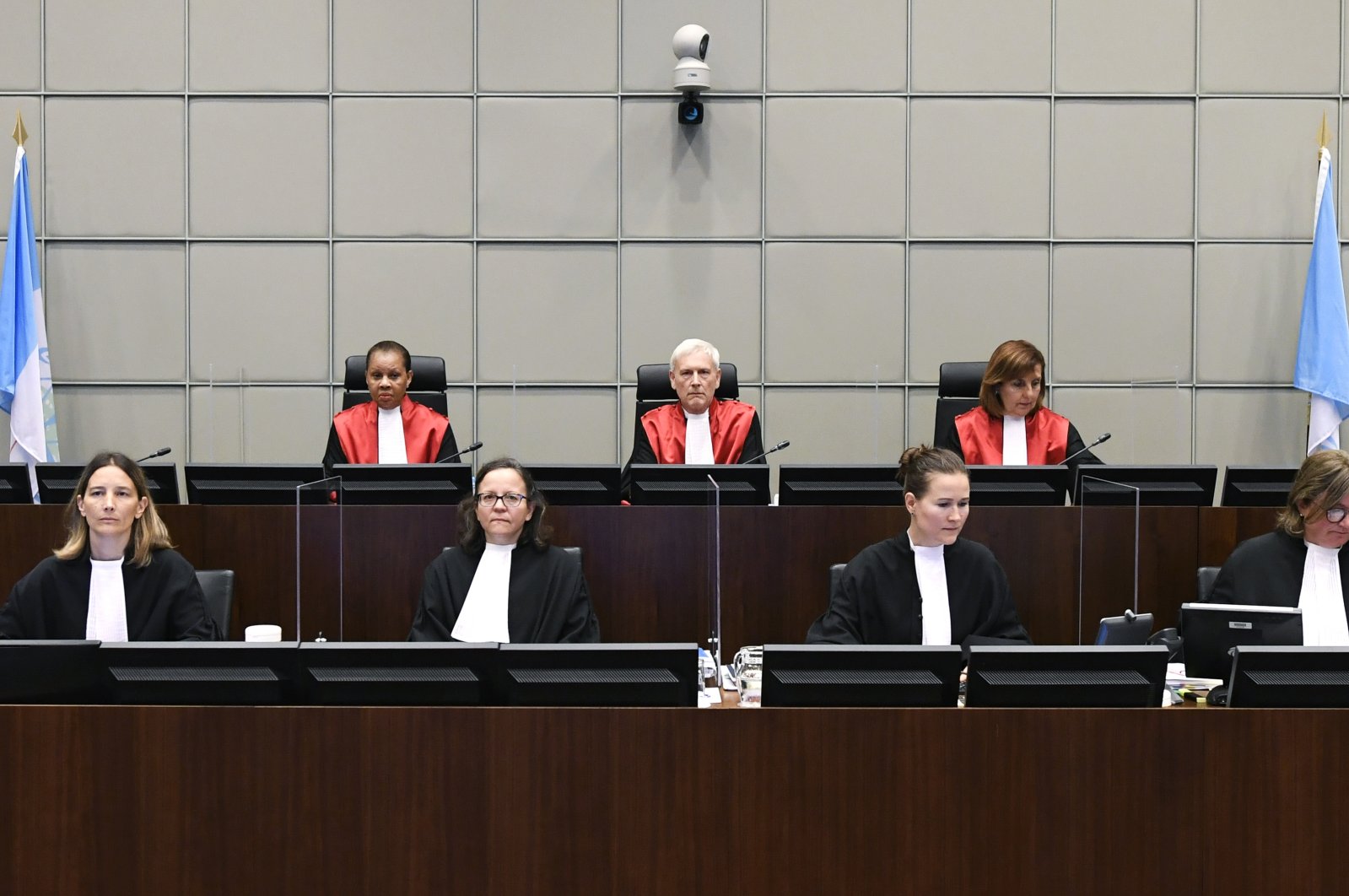 Judges are seen during a session of the United Nations-backed Lebanon Tribunal in Leidschendam, the Netherlands, Aug. 18, 2020. (AP Photo)
by Daily Sabah with AP Aug 18, 2020 1:53 pm
RECOMMENDED

The presiding judge at a United Nations-backed tribunal in the Netherlands delivered a verdict on Tuesday in the trial in absentia of four members of Hezbollah accused of involvement in the truck bomb assassination of former Lebanese Prime Minister Rafik Hariri, ruling that there is no evidence of involvement of Syria or Hezbollah.

Sketching the complex political backdrop for the assassination, Presiding Judge David Re of the Special Tribunal for Lebanon said that in the months before his death, Hariri supported reducing the influence of Syria in Lebanon and that of Hezbollah in Syria. He said judges who studied reams of evidence in the trial of four Hezbollah members accused of involvement in the bombing were “of the view that Syria and Hezbollah may have had motives to eliminate Mr. Hariri and some of his political allies.” But he added that there was no evidence that “Hezbollah leadership had any involvement in Mr. Hariri's murder, and there is no direct evidence of Syrian involvement in it.”

Re was speaking as he delivered the final judgments in the trial. The court was not expected to rule on either Hezbollah or Syria as the tribunal can only accuse individuals, not groups or states.

The verdict was originally expected on Aug. 7 but was postponed following the massive blast that hit the Port of Beirut three days earlier.

Four alleged members of Lebanon's Iran-allied Hezbollah movement were tried in absentia by the Special Tribunal for Lebanon (STL) over a bombing that had killed Hariri, along with 21 other people, in Beirut on Feb. 14, 2005. The STL was established in 2007 following a U.N. Security Council resolution. At the time, Hariri's assassination was widely blamed on Syria and its allies in Lebanon, and Hezbollah. Both Damascus and Hezbollah have always denied having any links with the bombing. Hariri's death triggered an outcry, locally and internationally and triggered massive protests in Lebanon that later forced Syria to withdraw its troops from its neighbor, after 29 years of political and military hegemony.

The four defendants went on trial in 2014 on charges including the "intentional homicide" of Hariri and 21 others, attempted homicide of 226 people wounded in the bombing and conspiracy to commit a terrorist act. The four defendants were identified as Salim Jamil Ayyash, Hassan Habib Merhi, Assad Hassan Sabra and Hussein Hassan Oneissi. In 2011, the tribunal issued an indictment and arrest warrants for the four Lebanese suspects. In May 2016, Hezbollah said that a fifth suspect, Mustafa Badreddine, who the prosecution alleged was involved in organizing the attack, had been killed in an explosion near Damascus airport in Syria.