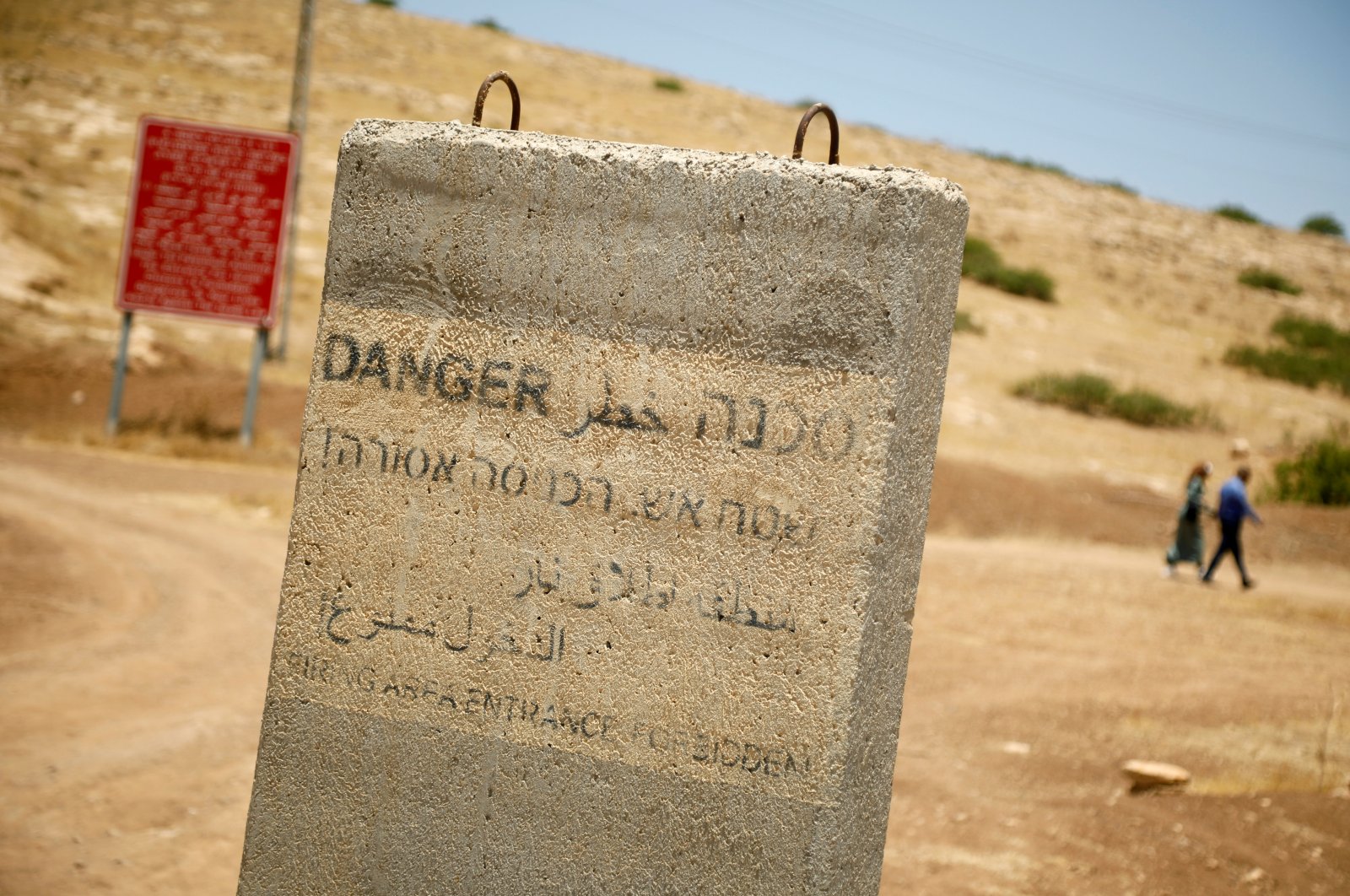 A concrete barrier with writings warning against entering into a firing area is seen in the Jordan Valley in the Israeli-occupied West Bank, Palestine, June 13, 2020. (Reuters Photo)
by REUTERS Jun 16, 2020 1:15 pm

U.N. human rights experts said Tuesday that Israel's plan to annex significant parts of the occupied West Bank would violate international law banning the taking of territory by force, and urged other countries to actively oppose it.

The joint statement, signed by nearly 50 independent experts, voiced dismay at U.S. support for Prime Minister Benjamin Netanyahu's "unlawful" plan to extend sovereignty, a de facto annexation of land that the Palestinians seek for a state.

"The annexation of occupied territory is a serious violation of the Charter of the United Nations and the Geneva Conventions, and contrary to the fundamental rule affirmed many times by the United Nations Security Council and General Assembly that the acquisition of territory by war or force is inadmissible," it said.