US, Iran locked in retaliatory pressure campaigns over virus 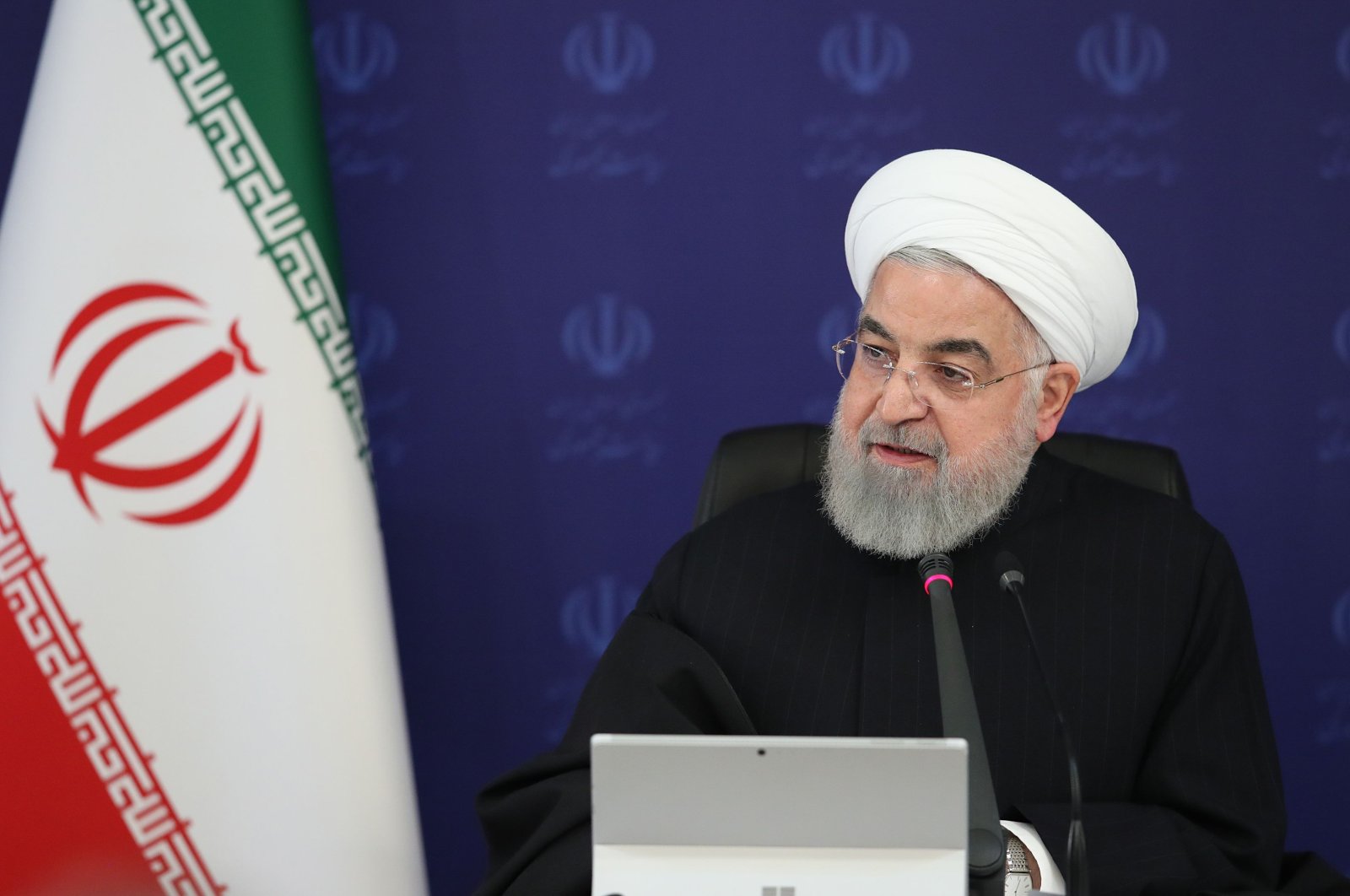 Even as both face the same invisible enemy in the coronavirus pandemic, Iran and the U.S. remain locked in retaliatory pressure campaigns that now view the outbreak as just the latest battleground.

Initially overwhelmed, Tehran now seeks to sway international opinion on U.S. sanctions by highlighting its struggles with COVID-19, the illness caused by the virus. Iran asked for $5 billion from the International Monetary Fund (IMF) even as it enriches uranium beyond the limits of its 2015 deal with world powers.

The U.S., which unilaterally withdrew from the deal in 2018 under President Donald Trump, insists that aid can reach the Islamic Republic – though humanitarian organizations say Washington's sanctions disrupt even permitted trade.

At the same time, the U.S. is now withdrawing troops from Iraqi bases, redeployments it insists are preplanned even as Trump alleges Iran plans “a sneak attack” against them.

The risk of open conflict between the countries is overshadowed by the pandemic. Yet it persists – some say at levels as high as immediately after the January drone strike by the U.S. that killed Iranian Gen. Qassem Soleimani in Iraq.

The current tensions can seem trivial, compared to the pandemic, which has infected at least 1.9 million people worldwide and killed over 119,000. This perception has been helped by mocking social media posts from the U.S. State Department and a former leader of Iran's paramilitary Revolutionary Guard seemingly backing the fringe idea of California seceding from the U.S.

The stakes, however, are anything but. The night Iran retaliated for the Soleimani killing, it also accidentally shot down a Ukrainian jetliner, killing all 176 people aboard. Allied Shiite militias in Iraq also continue to threaten American forces deployed there in the aftermath of the fight against Daesh.

While largely silent in the initial days of the outbreak in Iran, Foreign Minister Mohammad Javad Zarif has begun a concerted campaign targeting American sanctions. It's a way to absolve Iran's civilian government of responsibility for an outbreak it hasn't contained. But Zarif's allegations of “medical terror” by the U.S. also highlight the challenge Tehran faces in accessing some medical supplies.

A European system called INSTEX did get aid through, as has a Swiss channel. China also has contributed, as have regional Gulf Arab countries, likely worried about Iran further spreading the virus into their own nations. Meanwhile, Iran insists it can produce masks and gloves, something the U.S. has argued undercuts Tehran's $5 billion request to the IMF which would be its first loan since 1962.

All this comes as Iran continues to produce low-enriched uranium with equipment and sites barred by the nuclear deal. Its nuclear program chief recently reiterated a threat that Iran could withdraw from the Nuclear Nonproliferation Treaty, though Iran didn't make a show of its program during its recent annual National Day of Nuclear Energy.

That bolsters suspicions of behind-the-scenes talks between intermediaries, particularly over the release of U.S. prisoners and other Westerners. Iran's judiciary acknowledged ongoing prisoner-swap discussions on April 6, without elaborating.

But overall tensions remain extraordinarily high. Online video and Iranian media reports suggest Iran has deployed Fajr-5 missile batteries on beaches along the crucial Strait of Hormuz, the narrow mouth of the Persian Gulf through which a fifth of all oil traded in the world passes.

There have been reported maritime incidents in and around the strait as well. On March 27, two boats with a raised ladder approached a U.S.-flagged container ship, while Revolutionary Guard vessels approached a ship on April 2, according to private maritime security firm Dryad Global.

The U.S. Navy's Bahrain-based 5th Fleet, which routinely has tense interactions with Iranian forces. declined to comment. However, last summer saw a series of tense encounters at sea and on land that included the seizure of oil tankers.

The U.S. pressure campaign in part seeks to force Iran into spending at home rather than on its regional allies. Tehran views such groups as part of its defensive deterrence in the region.