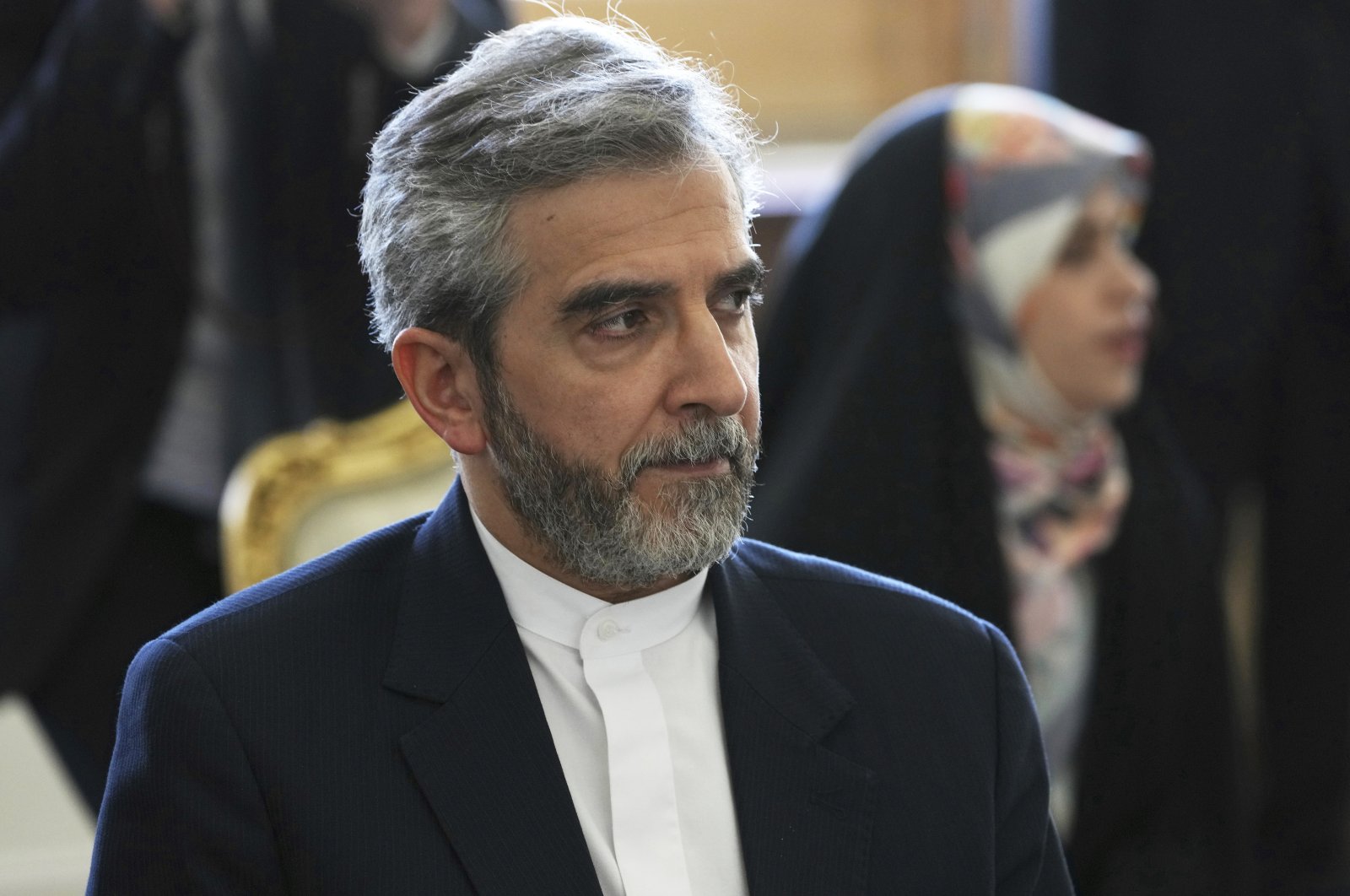 Chief negotiators from the United States and Iran were due to start indirect talks in Qatar on Tuesday aimed at finding a way to salvage Tehran's tattered nuclear deal with world powers.

The state-owned Tehran Times posted a photograph of Iran's top nuclear negotiator, Ali Bagheri Kani, in a hotel lobby with the Iranian Ambassador to Qatar Hamidreza Dehghani. The newspaper said Bagheri Kani was in Doha, the Qatari capital, for the resumption of the talks.

Rob Malley, the U.S. special representative for Iran, arrived in Qatar on Monday night ahead of the talks. The U.S. Embassy in Qatar said Malley met with Qatari Foreign Minister Mohammed bin Abdulrahman Al Thani to discuss “joint diplomatic efforts to address issues with Iran,” but declined to immediately offer any other details about his trip.

Qatar's Foreign Ministry later issued a statement saying it “welcomed" hosting the talks. It said the talks aimed to reestablish the deal “in a way that supports and enhances security, stability and peace in the region and opens new horizons for broader regional cooperation and dialogue with the Islamic Republic of Iran.”

Iran and world powers agreed in 2015 to the nuclear deal, which saw Tehran drastically limit its enrichment of uranium in exchange for the lifting of economic sanctions. In 2018, then-President Donald Trump unilaterally withdrew America from the accord, raising tensions across the wider Middle East and sparking a series of attacks and incidents.

Talks in Vienna about reviving the deal have been on a “pause” since March. Since the deal’s collapse, Iran has been running advanced centrifuges and a rapidly growing stockpile of enriched uranium.

Even as negotiators convened in Doha, Iran's nuclear chief on Tuesday confirmed that Iran had begun installing a new cascade of advanced centrifuges at its underground Fordo facility.

“We will follow measures according to the plans made,” declared Eslami, without saying at which level the new cascade will be enriching.

Earlier this month, Iran removed 27 surveillance cameras of the IAEA to pressure the West toward making a deal. The IAEA's director-general warned it could deal a “fatal blow” to the accord as Tehran enriches uranium closer than ever to weapons-grade levels.

Nonproliferation experts warn Iran has enriched enough up to 60% purity – a short technical step from weapons-grade levels of 90% – to make one nuclear weapon, should it decide to do so.

Iran insists its program is for peaceful purposes, though U.N. experts and Western intelligence agencies say Iran had an organized military nuclear program through 2003.

Analysts say that building a nuclear bomb would still take Iran more time if it pursued a weapon, though they warn that Tehran's advances make the program more dangerous. Israel has threatened in the past that it would carry out a preemptive strike to stop Iran – and already is suspected of a series of recent killings targeting Iranian officials.