US withdraws some diplomats from Baghdad embassy over security concerns 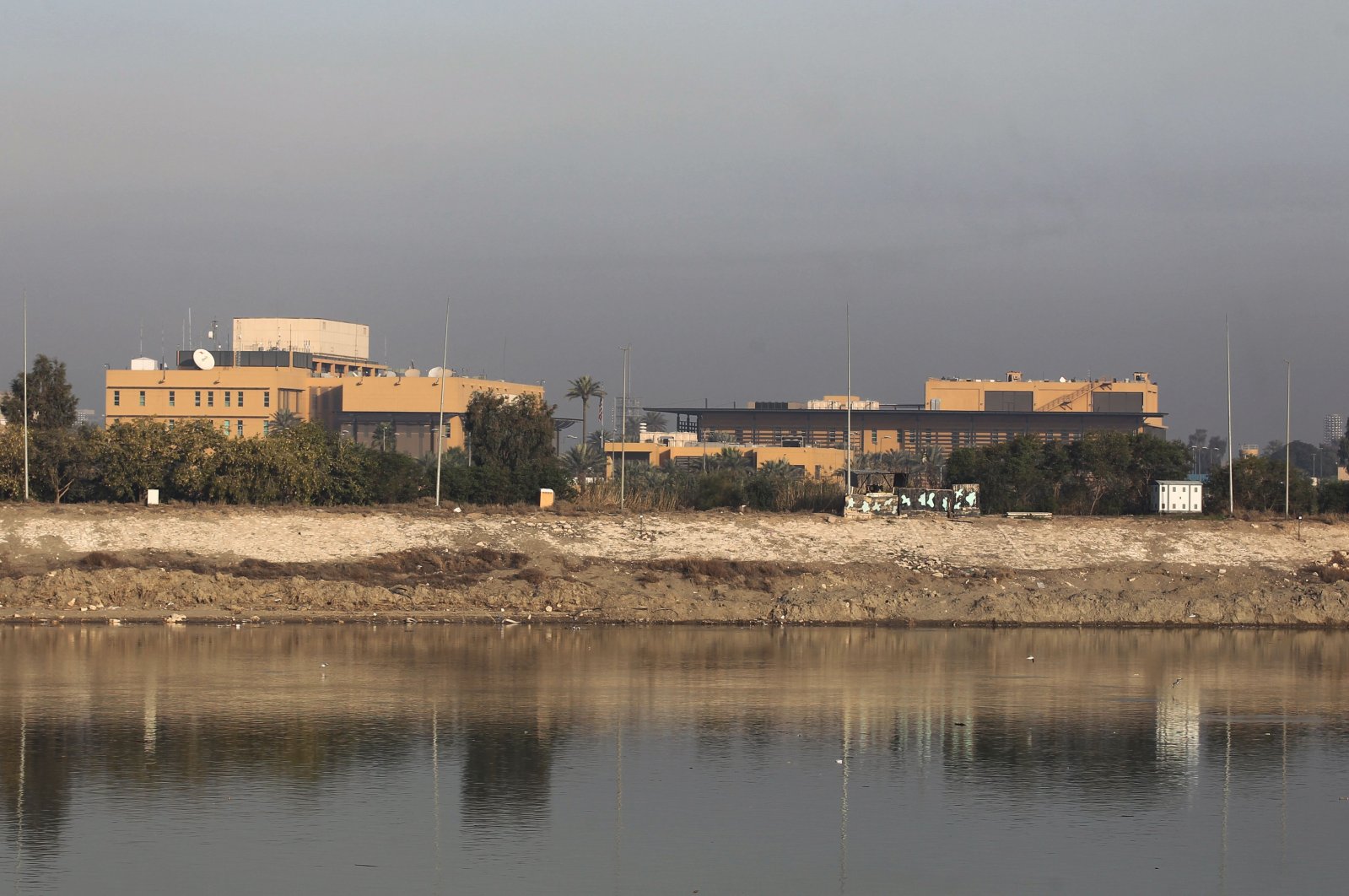 The American embassy in Baghdad has partially withdrawn its staff ahead of the first anniversary of the U.S. killing of top Iranian general Qassem Soleimani in the Iraqi capital, media reports said Thursday.

According to the Washington Post, the withdrawal will continue until after the anniversary of the killing of Soleimani, who was killed in a U.S. drone strike near Baghdad airport in January and whose murder brought decades-old archenemies Iran and the U.S. to the brink of conflict.

Washington is already outraged by the dozens of rocket attacks and roadside bombs targeting its mission and other U.S. military installations across Iraq over the last year.

The partial withdrawal appears to be the result of fresh security concerns, one Iraqi official told Agence France-Press (AFP).

"It's a minor drawdown based on security reservations from the U.S. side. They could come back – it's just a security blip," the senior source said, speaking on condition of anonymity in order to talk to the press. "We knew ahead of time and top diplomatic staff including the ambassador are staying, so this is not a rupture of diplomatic ties."

A second top official confirmed it was an effort to "minimize risk."

Neither could say how many of the several hundred diplomats based at the embassy had been pulled out. A U.S. State Department spokesperson declined to comment on the withdrawal but said the safety of U.S. officials, citizens and facilities in Iraq "remains our highest priority." The spokesperson said U.S. Ambassador Matthew Tueller was still in Iraq and that the embassy "continues to operate."

Washington has blamed the rocket and roadside bomb attacks on pro-Iran hardline groups in Iraq and has retaliated twice by bombing one of the factions, Kataib Hezbollah. When the attacks continued, the U.S. issued an ultimatum to Iraq, threatening to fully close down its embassy. The threat prompted Iran-aligned factions to agree to a "truce" in mid-October, and the attacks swiftly stopped.

On Nov. 17, a volley of rockets hit several Baghdad neighborhoods, killing one girl. Top Iraqi and Western officials said at the time that they expected the truce to hold but said Washington was still drawing up withdrawal plans.

One Western official told AFP in late November that the U.S. was studying three options, including a partial withdrawal.

"They're exploring drawing down the embassy to just the ambassador and key diplomatic staff," the official said.

Iraqi and Western officials foresee a turbulent few weeks ahead of the White House handover from President Donald Trump, who has pursued a "maximum pressure" policy against Iran that has also put pressure on its allies next door in Iraq. They did not rule out last-minute military action by the Trump administration on Iranian interests in Iraq.

"There's a feeling that there are a few weeks left to go (before Trump leaves office) and who knows what could happen," the Western official said.

U.S. authorities announced last month that the country will reduce the number of its troops in Iraq from about 3,000 to 2,500 by Jan. 15 next year. Iraq’s parliament had voted this year for the departure of foreign troops from Iraq, and the U.S. and other coalition troops have been leaving as part of a drawdown.