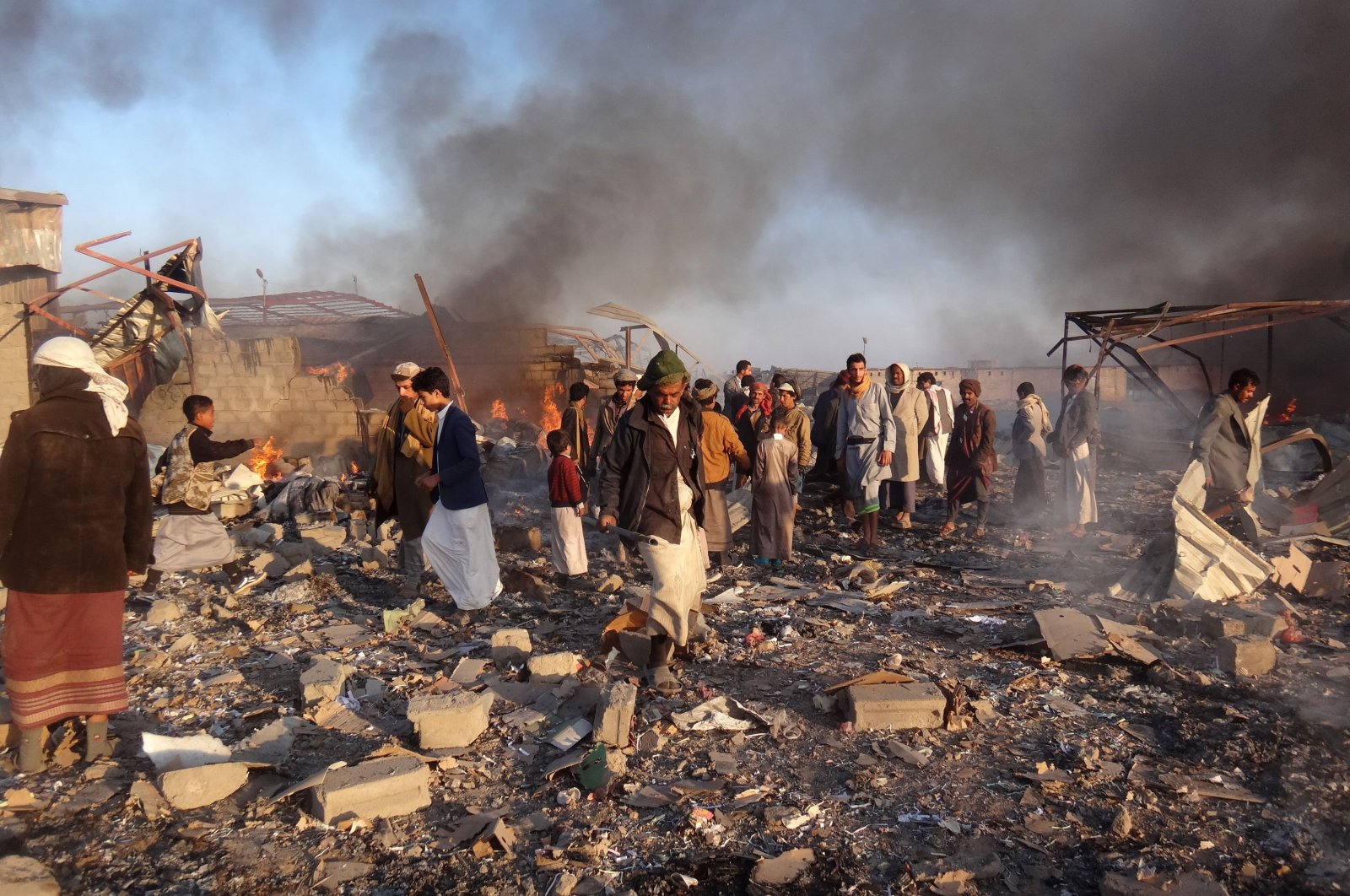 In this file photo, smoke rises as Yemenis inspect the damage at the site of airstrikes in the northwestern Houthi-held city of Saada, Yemen, Jan. 6, 2018. (AFP Photo)
by French Press Agency - AFP Jul 13, 2020 9:39 pm
RECOMMENDED

Seven children and two women were killed in an airstrike in northwest Yemen, a United Nations agency said Monday, as Riyadh said it intercepted missiles fired by Yemeni Houthi rebels.

The U.N. Office for the Coordination of Humanitarian Affairs (OCHA) also said another two women and two children were wounded in Sunday's raid in Hajjah governorate.

The province near the capital Sanaa is a battlefront between Houthi rebels and pro-government forces backed by a Saudi-led coalition that provides air support.

Lisa Grande, the agency's coordinator for Yemen, said it was "incomprehensible that in the middle of the COVID pandemic, when options for a ceasefire are on the table, civilians continue being killed in Yemen."

On Monday, the coalition acknowledged the possibility of civilian casualties during an anti-Houthi operation in Hajjah and said it was being investigated.

It also said its forces had "intercepted and destroyed seven drones and four ballistic missiles" launched by the Houthis against civilians in Saudi Arabia.

Yemen's war between the Iran-backed Houthis and pro-government troops escalated in March 2015 when the coalition intervened against the rebels who control large parts of Yemen including the capital Sanaa.

The coronavirus pandemic is also raging unchecked in the country.