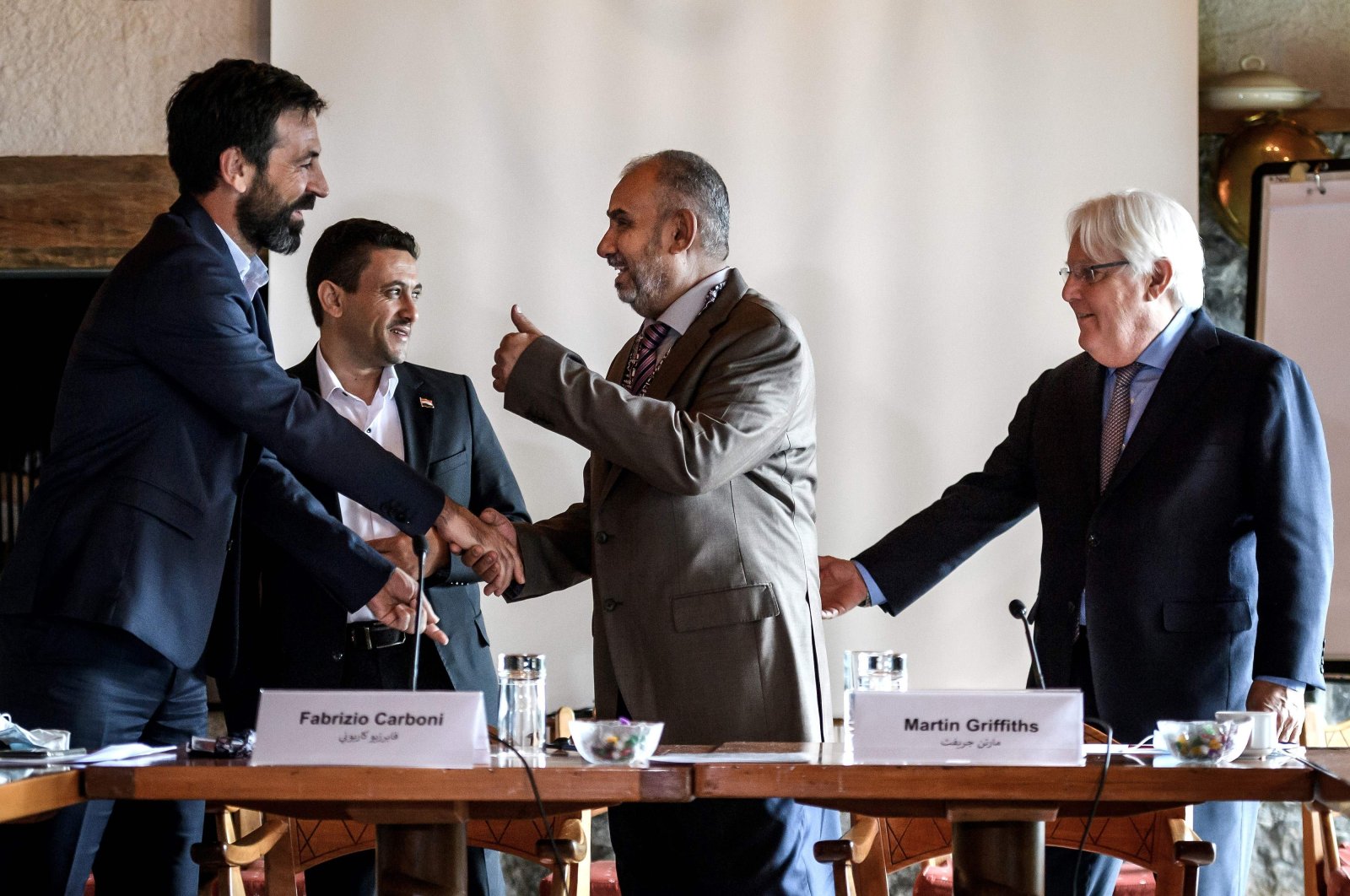 (F L to R) International Committee of the Red Cross (ICRC) Director for the Near and Middle East Fabrizio Carboni, Head of the Houthi prisoner exchange committee Abdulkader al-Murtada, Head of the Yemeni government delegation Hadi Haig and U.N. Special Envoy for Yemen Martin Griffiths at the end of a weeklong meeting on a Yemen prisoner exchange agreement, Glion, Sept. 27, 2020. (AFP Photo)
by REUTERS Sep 27, 2020 3:16 pm

Yemen's warring parties have agreed to exchange around 1,000 prisoners, including 15 Saudis, as part of trust-building steps aimed at reviving a stalled peace process, the United Nations and sources said Sunday.

The Yemeni government, backed by a Saudi-led military coalition, and the Houthi movement they have been battling for over five years, in late 2018 signed a deal to swap some 15,000 detainees split between both sides but the pact has been slowly and only partially implemented.

The two sides will now free 1,081 detainees and prisoners, U.N. envoy Martin Griffiths said in a joint news briefing with the International Committee of the Red Cross (ICRC) after a nearly 10-day meeting of the prisoners' exchange committee held in the Swiss village of Glion above Lake Geneva.

Heads of the two sides of the committee hugged at the end of their meeting, with Griffiths telling them, "Well done, well done."

Yemen has been mired in conflict since the Houthis ousted the internationally recognized government from power in the capital, Sanaa, in late 2014, prompting the Western-backed coalition to intervene in March 2015.

Griffiths is trying to restart political negotiations to end the war, which has killed tens of thousands of people and caused what the United Nations describes as the world's largest humanitarian crisis with millions on the brink of famine.