No accident: US and UK have world's highest coronavirus death tolls 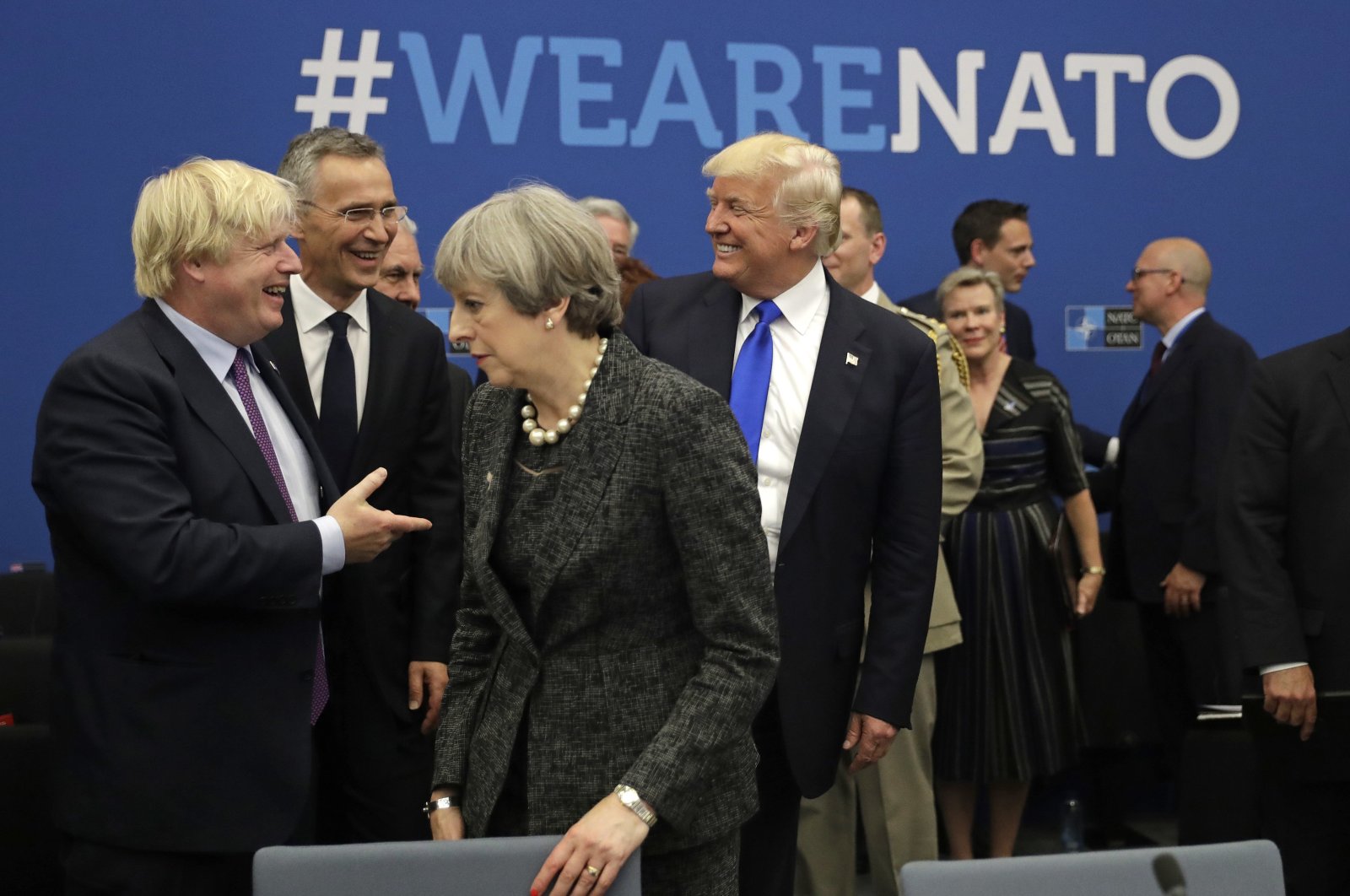 U.S. President Donald Trump jokes with Boris Johnson during a working dinner meeting at the NATO headquarters in May 25, 2017. (AP Photo)
by Compiled from Wire Services May 11, 2020 4:22 pm
RECOMMENDED

It would be ironic if it weren’t so sad that the two countries whose leaders came to power promising the restoration of greatness and control have the world’s highest coronavirus death tolls.

Neither of them can say that they were taken by surprise as both countries had the benefit of time, an abundance of scientific warnings and the examples from China and Italy. These two countries that pride themselves on their extraordinary economic, historical and political status are on their knees amid the coronavirus pandemic.

Employees, business owners, police and trade unions in Britain expressed confusion Monday after the government switched from telling workers to stay at home to urging them to return to work, but preferably without getting near other people or using public transport.

In a televised statement Sunday, Prime Minister Boris Johnson extended most of the draconian restrictions on daily life imposed March 23 to slow the spread of the coronavirus, including closing schools, restaurants and most shops. He also sketched out how the lockdown will be eased in stages if the number of infections in the U.K. continues to fall.

Britain’s official coronavirus death toll stands at almost 32,000, the highest in Europe and the second-highest in the world after the United States. While the number of new deaths and infections is falling, Johnson said it would be "madness” to loosen restrictions so much that there is a second spike in coronavirus cases.

He made a dramatic shift in tone on the economy, however, saying, "Anyone who can’t work from home, for instance those in construction or manufacturing, should be actively encouraged to go to work.” Johnson said workplaces should observe social distancing and people should avoid public transport if possible, traveling "by car or even better by walking or bicycle.”

Critics said the advice was confusing, hard to follow and potentially dangerous, especially in a big city like London, where most people do not own cars and where subways are operating at a fraction of their usual capacity.

After Johnson spoke, London Major Sadiq Khan issued a statement stressing that the lockdown had not been lifted and saying Londoners "must not use public transport for any unnecessary journeys.”

On the other hand, President Donald Trump has been criticized for essentially abdicating any leadership role in guiding the country through one of its worst crises in a century, leaving states on their own to grapple with the pandemic, and even bid against each other to obtain critical medical equipment on the open market or abroad.

Critics say Trump, after first downplaying the threat posed by the virus, squandered precious time in February as the pathogen spread in America and his administration did little to stock up on testing kits and other medical gear or to develop a cohesive national strategy.

With an eye to reelection, the president has also been blasted as putting his own political interests before human life by aggressively pushing states to reopen their devastated economies without a clear blueprint for how to do it safely.

The coronavirus has breached the White House walls, the U.S. unemployment rate is at a 90-year high and the death toll in the U.S. has surged past 80,000, far more than the Republican president’s projections. Meanwhile, medical experts are warning of a major second wave of infections as states begin to reopen portions of their economies with Trump’s blessing.

As recently as April 20, Trump predicted during his daily press briefing that between 50,000 and 60,000 Americans would ultimately die as a result of COVID-19. The number of deaths has already exceeded 80,000. Trump has been forced to adjust his projections on the fly. He told a Fox News audience over the weekend that the final tally could reach 100,000 deaths. It’s uncomfortable to think about the political ramifications of such horror, but the death toll represents one of the few pieces of quantitative evidence of Trump’s job performance.

His campaign has massive organizational advantages, but it may not matter much if Trump cannot effectively govern the nation when it matters most. The death toll, unemployment and public confidence in his administration are moving in the wrong direction. Congress has passed multiple economic rescue packages already, but the president has yet to offer or execute a clear, comprehensive national plan to take control of the health crisis.