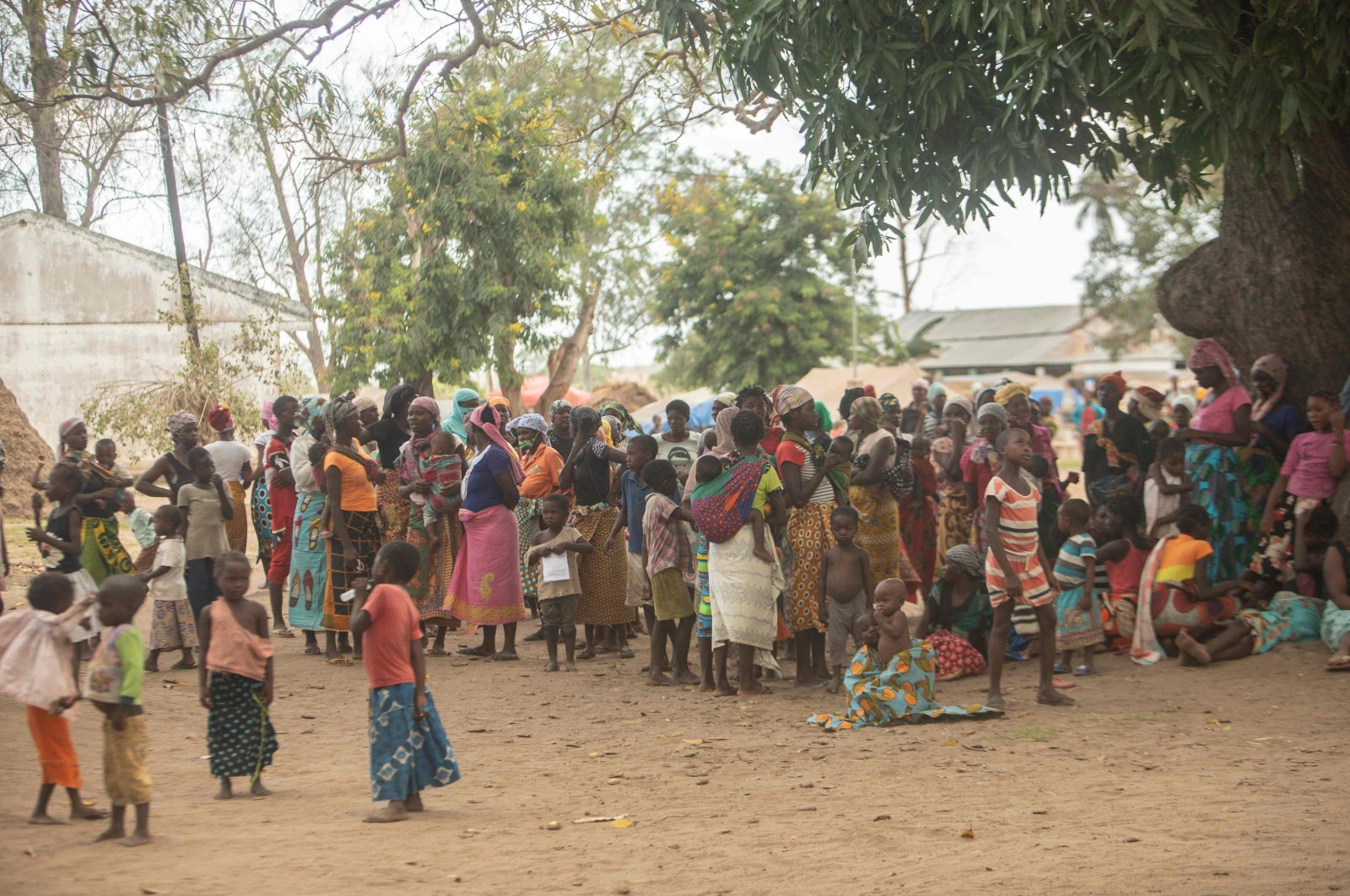 Displaced women meet at the Centro Agrrio de Napala where hundreds of displaced are sheltered after fleeing attacks by armed insurgents in different areas of the province of Cabo Delgado, in northern Mozambique, on Dec. 11, 2020. (AFP Photo)
by Reuters Dec 14, 2020 12:18 pm
RECOMMENDED

At least 400,000 people have fled militant attacks in northern Mozambique, the United Nations refugee agency said, warning that the crisis could quickly spread beyond the country's borders if regional neighbors do not help tackle the insurgency.

Mozambique's northernmost province of Cabo Delgado, home to gas developments worth some $60 billion, is grappling with a rebellion linked to Daesh that has gathered pace this year, with insurgents regularly taking on the army and seizing entire towns.

Valentin Tapsoba, the southern African head of the United Nations High Commission for Refugees (UNHCR), said families who were rebuilding their lives after the destruction caused by Cyclone Kenneth in 2019 have had to flee from militant attacks.

"This is a situation starting in one country but if all the countries don't get their act together to tackle it and wait too long, it could spread within the sub-region," Tapsoba told Reuters by phone from Pemba in Mozambique.

Zimbabwe Presidential Spokesperon George Charamba said leaders from Mozambique, Zimbabwe, South Africa, Botswana and Tanzania were set to meet in Maputo on Monday over the insurgency.

Tapsoba said 424,000 people have fled the insurgency to Niassa, Nampula and Pemba and that the number could rise. He said Mozambican authorities put the figure at 570,000.

On Friday the Mozambican government, together with U.N. agencies and other local nongovernmental groups, will launch an international appeal for funding to help those fleeing Cabo Delgado, Tapsoba said.

UNHCR had raised a third of the $19.2 million it requires for shelter, water and sanitation and food next year, said Tapsola.

"The numbers are still growing ... so it is a very big concern," he said.

The onset of the rainy season could make it difficult to reach the camps where thousands are living, which would be "a nightmare for these people," he added.