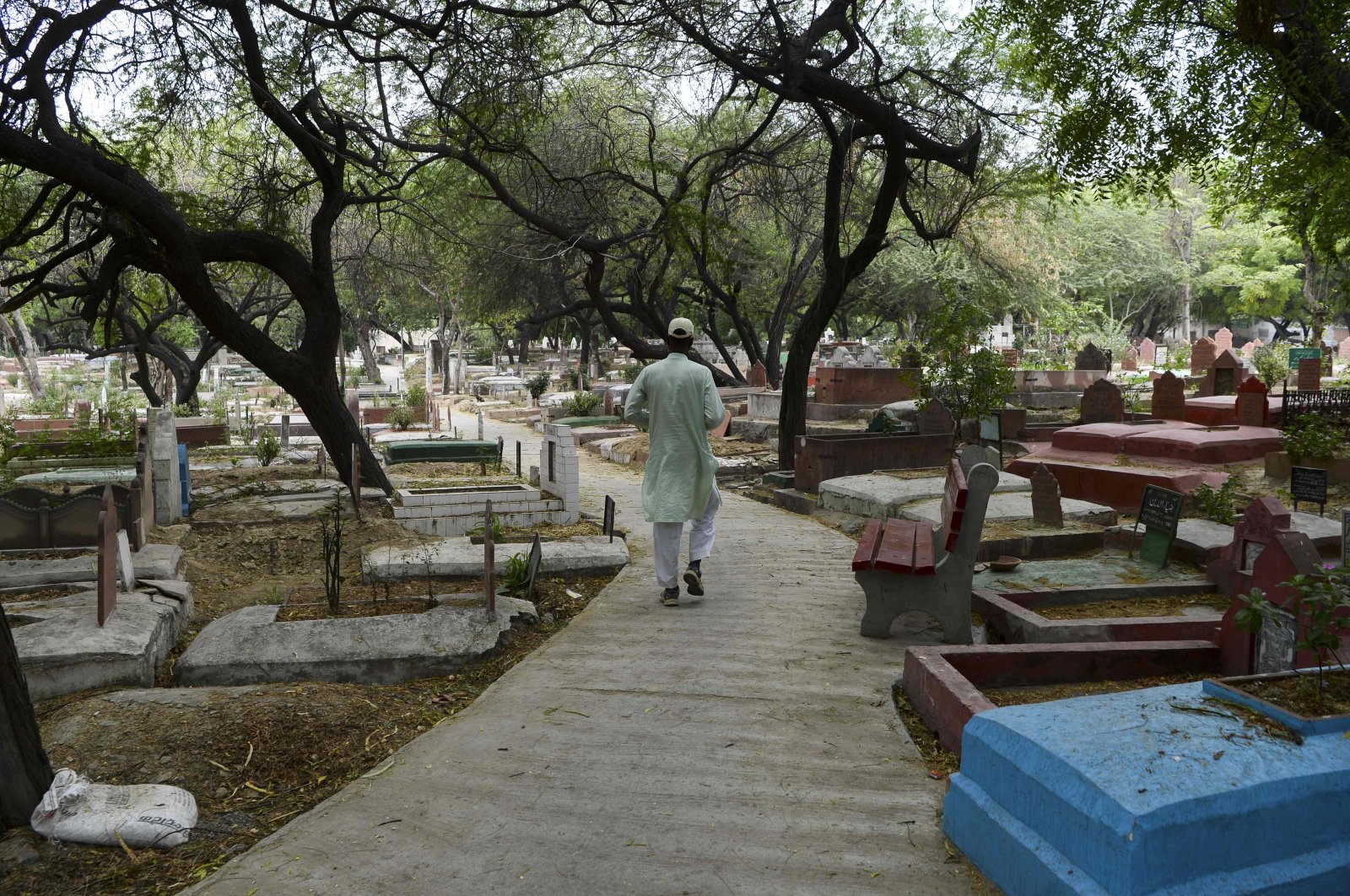 Death has never fazed gravedigger Mohammed Shamim, until now. Since the grip of the coronavirus crisis has tightened in New Delhi, a shiver runs up even his spine each time he sees a hearse pull up at the cemetery he tends.

"I've been burying the dead for the last two decades. But until now, I've never been scared for my own life," he said.

The Indian capital has become one of the country's COVID-19 hot spots, with media reports based on graveyard records saying there are 450 dead – triple the official tally.

Shamim says he alone has dug graves for 115 bodies at the cemetery's designated area for the coronavirus dead, about 200 meters (219 yards) away from the others.

Despite the third-generation gravedigger's experience, his family has now started complaining about his job at the Jadid Qabristan Ahle Muslim cemetery, and Shamim has moved his four daughters to his parents' house to reduce the risk of them catching the disease. "They are scared. Sometimes I lie to them that I don't touch the bodies," said the 38-year-old.

Shamim gets a call an hour before the hearse arrives. That is when he becomes nervous. He prepares the relatives, asking them to put on protective suits, gloves and masks for the burial ceremony, before the family says a prayer and lowers the corpse – usually wrapped in cloth or plastic sheeting – into the grave.

The mourners then throw their protective gear into the hole before a mechanical earth-mover fills it in.

Some of the bodies of coronavirus victims arrive without relatives to help with the burial, so Shamim said he has often defied orders to stay away.

"People just refuse to come help with the burial. What can you do? I have to step in," he said, describing "heartbreaking" scenes, like when only a wife and a small child came to the funeral of one man.

At a recent burial, Shamim had to find gloves for a small group who had turned up just with plastic bags for protection. He finally found two pairs and gave one glove each to the four people who were lowering the body.

"I understand it's never easy to bury the dead, but some families don't follow the rules at all. So many times I have had to beg the hospital workers who accompany the body for gloves," Shamim said.

The gravedigger has been so worried about the pandemic that he has twice been tested for the coronavirus and paid for one of them himself despite his meager wages. He said he has had help from the cemetery management committee and city authorities, but nothing from the government. "I am way too low for them to bother about."

With the number of victims growing in Delhi and his services in greater demand, Shamim says he worries now if his breathing changes or he has a stomach upset. "I always felt safest around the dead and most vulnerable in the outside world. Now I find it difficult to sleep at night," he said.