Review of bizarre coronavirus claims, odd cures by public figures who have tested positive for disease 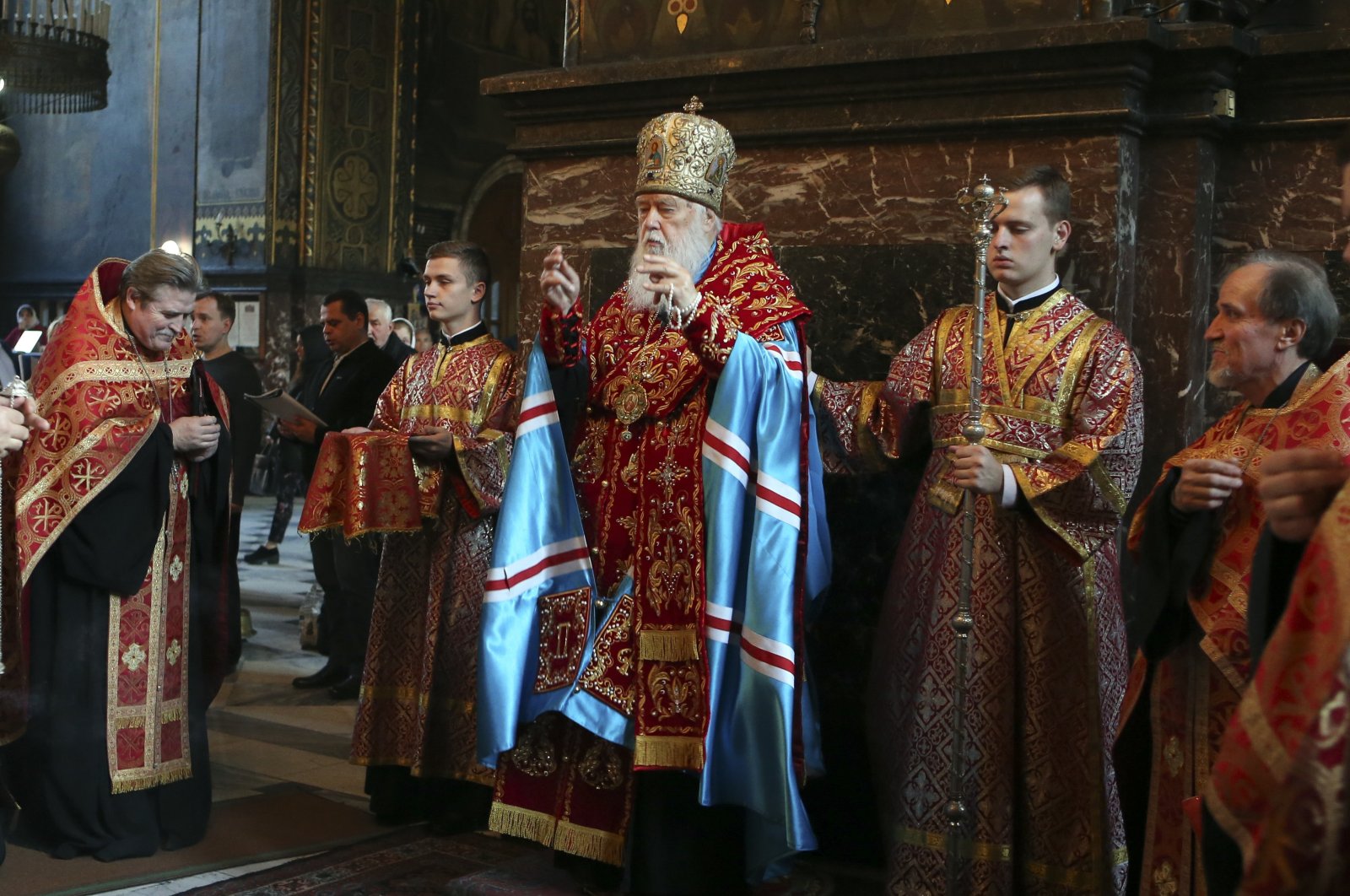 Since the appearance of the coronavirus, many public figures have expressed criticism of the pandemic, presenting their own bizarre methods of fighting it. Moreover, some ardent critics of the virus, who have repeatedly rejected the threat and even openly claim that the pandemic does not exist, have fallen victim themselves.

Here is a review of the odd cures and weird claims by presidents, lawmakers and religious leaders globally.

One politician who has proposed an odd cure for coronavirus is an Indian lawmaker Sukhbir Singh Jaunapuria, who filmed himself “splashing” in a mud puddle, saying that such an act could prevent the coronavirus.

In a video which Jaunapuria posted on his Facebook page, the lawmaker appeared sitting in a mud puddle shirtless while blowing a conch shell and saying in Hindi: “Go out, get wet in the rain, sit in the dirt, work on the farm, blow a conch ... and eat local, pure food. One gains immunity from doing these things.”

Jaunapuria tested positive for the disease on Sept. 14., just one month after the video had been recorded.

The leader of the Ukrainian Orthodox Church Kyiv Patriarchate, Patriarch Filaret, 91, who in March blamed gay marriages for the coronavirus pandemic, was diagnosed with the virus in September.

“The pandemic is God's punishment for the sins of people. They do not openly defend good but defend evil. Evil is spreading. I mean, first of all, gay marriages. This is the cause of the coronavirus,” he said in an interview with Ukrainian Channel 4.

When asked by a TV host what measures he personally uses to protect against the coronavirus, Filaret replied that he ensures his safety by faith.

“I believe that the Lord will not allow me to get sick because I have to serve the church,” he answered.

Although Filaret’s beliefs in God are unshaken and strong, the coronavirus has also reached him. In early September he was hospitalized with COVID-19.

In Belarus, President Alexsander Lukashenko, known for his controversial remarks, offered dubious tips on avoiding the virus, recommending drinking vodka, taking saunas and riding tractors earlier this year. Lukashenko has repeatedly said that the coronavirus is no worse than a "winter bug.”

He also advised Belarusian men to "keep kissing" their partners but not to "run after other women.”

It seems the high alcohol content of vodka and saunas are powerless in the face of the deadly pandemic, which claimed almost 1 million lives and infected over 30 million people around the world, while the Belarusian president announced in July that he had contracted the coronavirus but recovered without suffering any symptoms.

Brazilian President Jair Bolsonaro, who has dismissed the virus as a "little flu," tested positive for the disease in July.

Bolsonaro has repeatedly defied local guidelines to wear a face mask in public and railed against social distancing rules supported by the World Health Organization (WHO). Over the course of the worldwide pandemic, Bolsonaro could be seen shaking hands with supporters and sending a message to millions that this was not something to worry about.

"It's just a little flu or the sniffles," he said, accusing the media of hysteria over the outbreak.

"People are going to die, I'm sorry, but we can't stop a car factory because there are traffic accidents," Bolsonaro said, refusing to implement lockdowns to halt the spread of the virus.

Brazil, the third worst-hit country, accounts for roughly 15% of global cases. The country has recorded 4.4 million cases so far with almost 135,000 virus-related deaths.

Mexican President Andres Manuel Lopez Obrador claimed that the amulets he carried with him would protect him from COVID-19. Apparently this might actually be effective, given the fact that the president has still not been infected with the virus.

There is no way to ignore the well-known coronavirus skeptic U.S. President Donald Trump, who proposed injecting disinfectant into the body to kill COVID-19.

"I see the disinfectant, where it knocks it out in one minute. And is there a way we can do something like that by injection inside or almost a cleaning? Because you see it gets in the lungs and it does a tremendous number on the lungs,” Trump suggested in April.

"I said supposing you brought the light inside the body, which you can do either through the skin or in some other way. And I think you said you're going to test that too ... So, we'll see, but the whole concept of the light, the way it kills it in one minute – that's pretty powerful,” the U.S. president said.

Meanwhile in India, Suman Haripriya, a lawmaker for the incumbent Bharatiya Janata Party (BJP) for the state of Assam, theorizes that cow urine and dung could be used to sterilize infected areas.

Haripriya stated on News Live TV that cow dung and urine had the power to cure cancer patients, in a country where cows are highly revered.

Explaining that an Ayurvedic hospital in the state of Gujarat had used this in treating the killer disease, Hariyriya said: "They are given Panchamrit prepared from cow urine and cow dung," before adding: "Therefore, we can apply the same things in case of coronavirus.”

Elsewhere in the country, the chief minister of Uttar Pradesh, Yogi Adityanath, suggested yoga classes were also a cure for the coronavirus.

Former professional comedian, the current President of Ukraine Volodymyr Zelenskiy appeared to stay a comedian at heart even after holding the highest office. In March during the coronavirus lockdown Zalenskiy called on Ukrainian citizens to make babies.

“Stay at home, read books, watch movies. As for young people ... we have one crisis, but no one has canceled the demographic crisis in Ukraine. I think the time has come to fight this problem too,” he said in an interview with ICTV TV-channel.

Unfortunately, his wife with whom Zelenskiy has two children, Olena Zelenskiy, tested positive for the coronavirus in June.