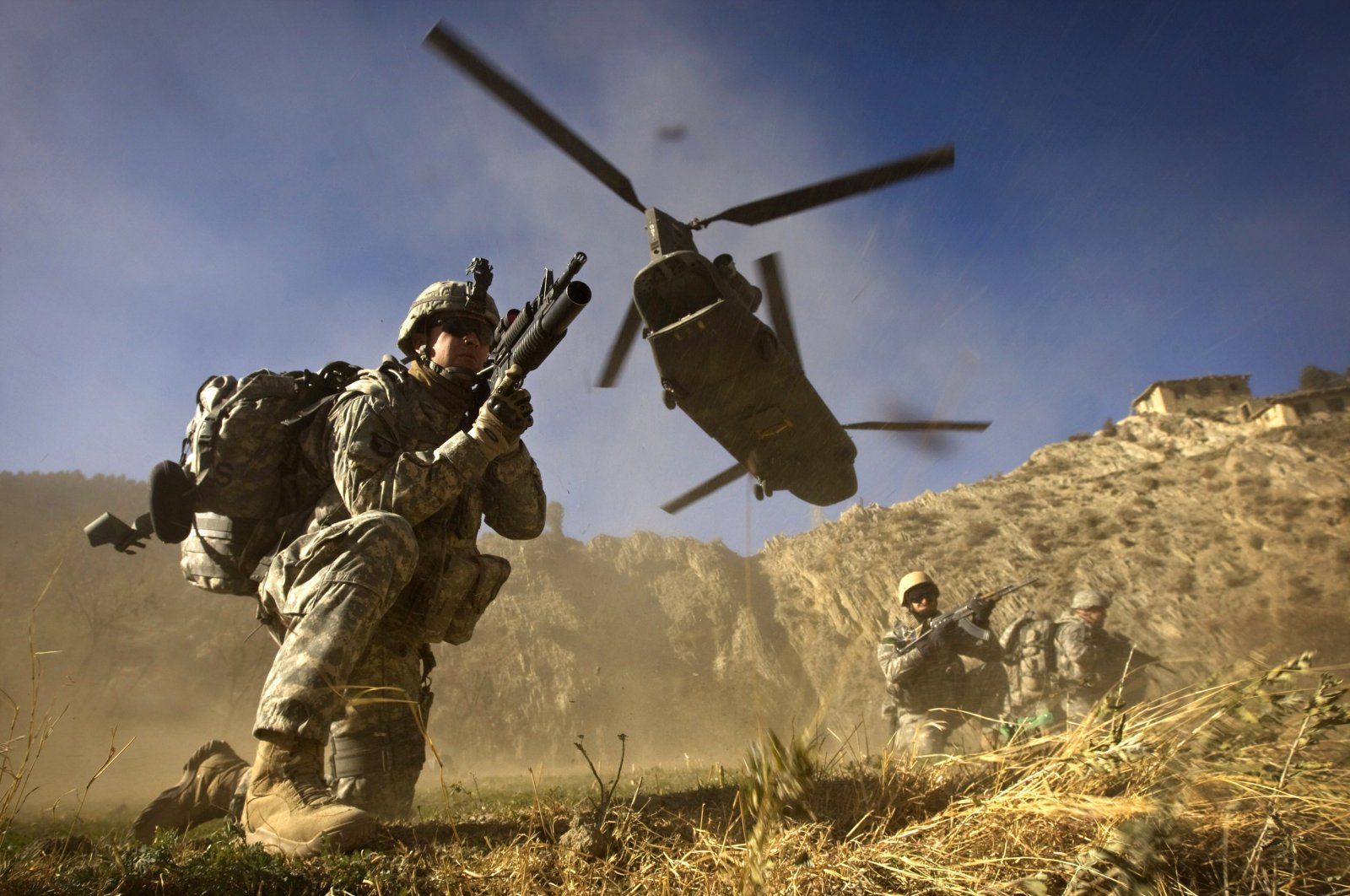 This file photo taken on November 20, 2008 shows US Army soldiers from 2-506 Infantry 101st Airborne Division and Afghan National Army soldiers taking positions after racing off the back of a UH-47 Chinook helicopter during the launch of Operation Shir Pacha into the Derezda Valley in the rugged Spira mountains in Khost province, along the Afghan-Pakistan Border, directly across the border from Pakistan's Waziristan region. (AFP Photo)
by REUTERS
Jun 27, 2020 12:18 am

U.S. intelligence has concluded that the Russian military offered bounties to Taliban-linked militants in Afghanistan to kill American troops and other coalition forces, the New York Times reported on Friday.

Citing officials briefed on the matter, the Times said the United States determined months ago that a Russian military intelligence unit linked to assassination attempts in Europe had offered rewards for successful attacks last year.

Militants, or armed criminal elements closely associated with them, are believed to have collected some bounty money, the newspaper said.

The White House, the CIA and the Office of the Director of National Intelligence declined requests from Reuters for comment on the Times report.

President Donald Trump has been briefed on the intelligence finding, the Times said. It said the White House has yet to authorize any steps against Russia in response to the bounties.

Of the 20 Americans killed in combat in 2019, the Times said, it was not clear which deaths were under suspicion.

After nearly 20 years of fighting the Taliban, the United States is looking for a way to extricate itself from Afghanistan and to achieve peace between the U.S.-backed government and the militant group, which controls swathes of the country.

On Feb. 29, the United States and the Taliban struck a deal that called for a phased U.S. troop withdrawal.

U.S. troop strength in Afghanistan is down to nearly 8,600, well ahead of a schedule agreed with the Taliban, in part because of concerns about the spread of the coronavirus, U.S. and NATO officials said in late May.