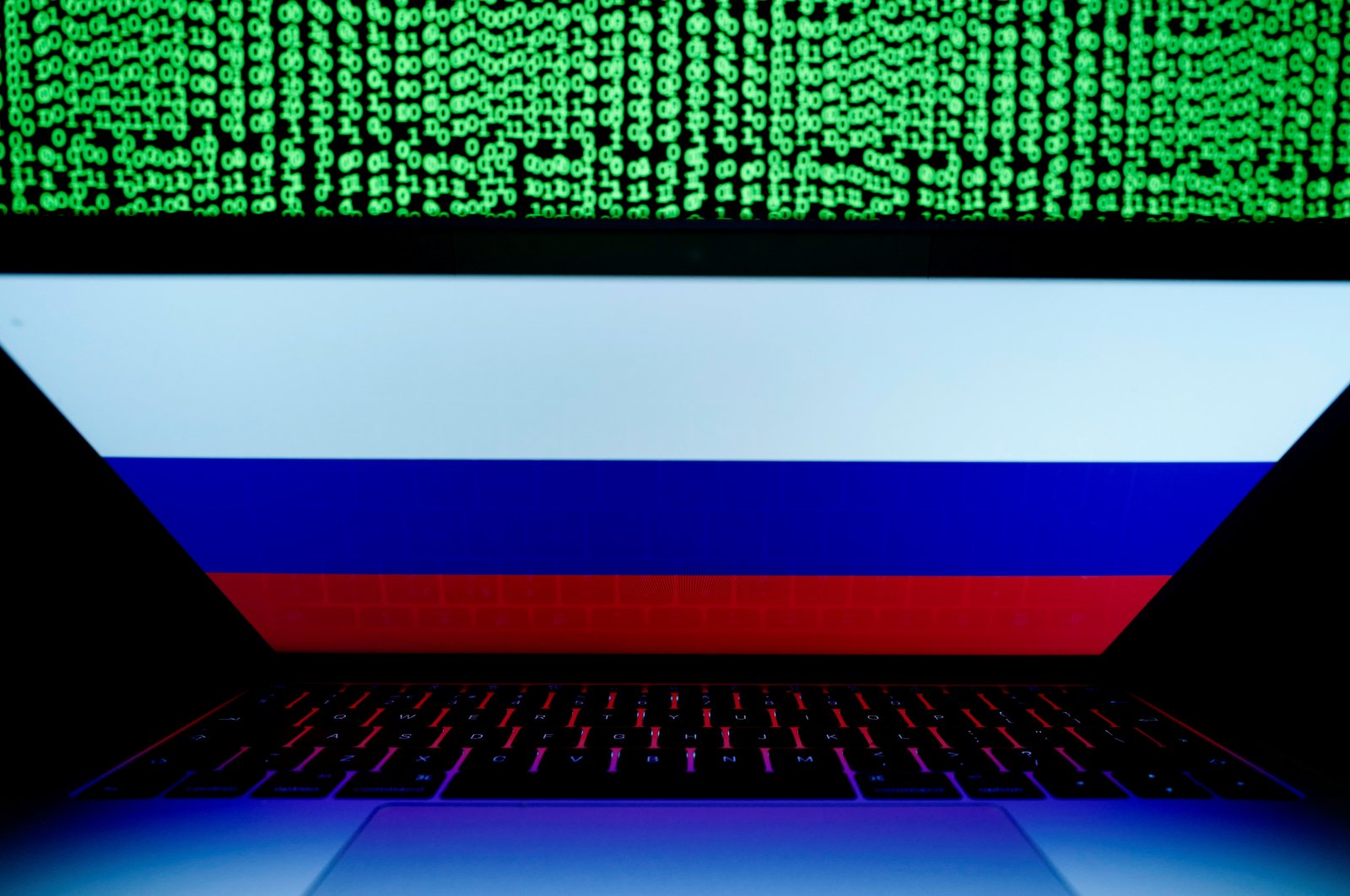 A Russian flag is seen on a laptop screen in front of a computer screen on which cyber code is displayed, in this illustration picture taken March 2, 2018. (Reuters Photo)
by REUTERS Aug 03, 2020 6:12 pm
RECOMMENDED

The sources, who spoke on condition of anonymity because a law enforcement investigation is underway, said the hackers accessed the account multiple times between July 12 and Oct. 21 last year.

They declined to name which Russian group or organization they believed was responsible but said the attack bore the hallmarks of a state-backed operation.

The Kremlin did not immediately respond to a request for comment on Monday.

Among the stolen information were six tranches of documents detailing British trade negotiations with the U.S., which Reuters first reported last year were leaked and disseminated online by a Russian disinformation campaign.

British foreign minister Dominic Raab confirmed that report last month, saying that "Russian actors" had sought to interfere in the election "through the online amplification of illicitly acquired and leaked Government documents."

Reuters was not able to determine which of Fox's email accounts was hacked and when it was first compromised. It is not clear if Fox, who is still a member of Parliament but stood down as trade minister on July 24 last year in a Cabinet reshuffle, was a minister at the time.

A British government spokeswoman said, "There is an ongoing criminal investigation into how the documents were acquired, and it would be inappropriate to comment further at this point."

She added that the government had "very robust systems in place to protect the IT systems of officials and staff."

Representatives for Fox declined to comment on the details of Reuters' findings.

The hack of Fox's account – which has not been previously reported – and subsequent leak of the classified documents ahead of last year's election is one of the most direct examples of suspected Russian attempts to meddle in British politics.

In the past, Moscow has repeatedly denied allegations of election meddling in Britain, France, the U.S. and other countries. Russia's foreign ministry described the latest British accusations by Raab as "foggy and contradictory."

A British parliamentary report released last month found that Moscow had tried to influence a referendum on Scottish independence in 2014, and that Britain's government had failed to adequately investigate possible Russian attempts to sway the 2016 vote on Brexit.

Fox's email account was hacked using a so-called "spear-phishing" message, which tricks the target into handing over their password and login details, the sources said.

The sources said it was not clear if the hackers who stole the trade documents were the same people who later leaked them online.

After first being posted online by an anonymous internet user in the run-up to last year's vote, the stolen documents were seized on by Britain's opposition Labour Party during the election campaign.

It said they showed a government plot to sell the much-loved National Health Service (NHS) to the U.S., an accusation Prime Minister Boris Johnson has repeatedly denied.