Social distancing could be needed until 2021 in UK 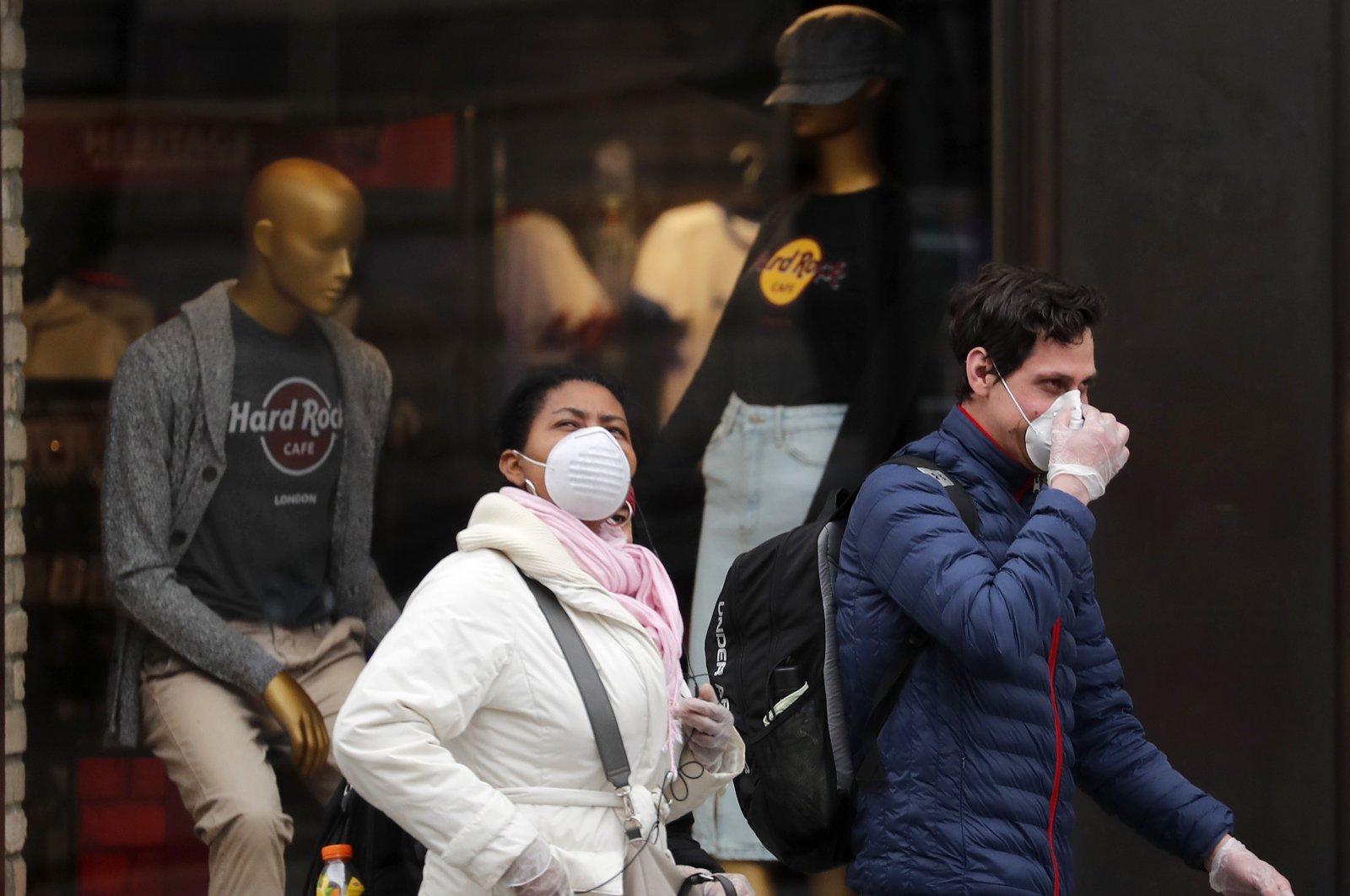 People wearing face masks walk past closed shops in London, Friday, March 20. For most people, the new coronavirus causes only mild or moderate symptoms, such as fever and cough. (AP Photo)
by Daily Sabah with AP Mar 20, 2020 4:04 pm
RECOMMENDED

British citizens may have to practice social distancing for "at least most of the year" in order to curb the spread of the coronavirus outbreak, Bloomberg reported on Friday, citing U.K. government advisers.

“The advisers suggested the government could alternate between periods of more and less strict measures of so-called 'social distancing' – in which individuals work from home and avoid gatherings,” the article said.

“The advice emerged in a slew of documents the government published detailing scientific evidence ministers have received on how to respond to the virus. Boris Johnson’s administration has adopted social distancing measures, including canceling large events and telling people to stay away from pubs and restaurants,” it added.

Meanwhile, the British government on late Friday ordered all pubs, restaurants, movie theaters and gyms to close in sweeping new restrictions to fight the spread of coronavirus.

Prime Minister Boris Johnson said those venues, as well as nightclubs, theaters and leisure centers, should close Friday and not reopen until further notice. His advice to anyone considering one last trip out on Friday night: "Please don’t.”

Johnson said the situation would be reviewed every month to see if the measures can be relaxed.

Britain has been taking a different approach from other countries across Europe and around the world by declining to heavily restrict everyday activities or introduce “social distancing” measures. The U.K. strategy is based on the presumption that most people will eventually get the COVID-19 virus and severe measures to contain it are unlikely to work.

But as infections rise in England, Scotland, Wales and Northern Ireland, so has criticism of the government’s approach, from British Prime Minister Boris Johnson’s political opponents, scientists and an increasingly worried population.

As of Friday, Britain had recorded 177 deaths among people with the virus, 40 more than the day before.