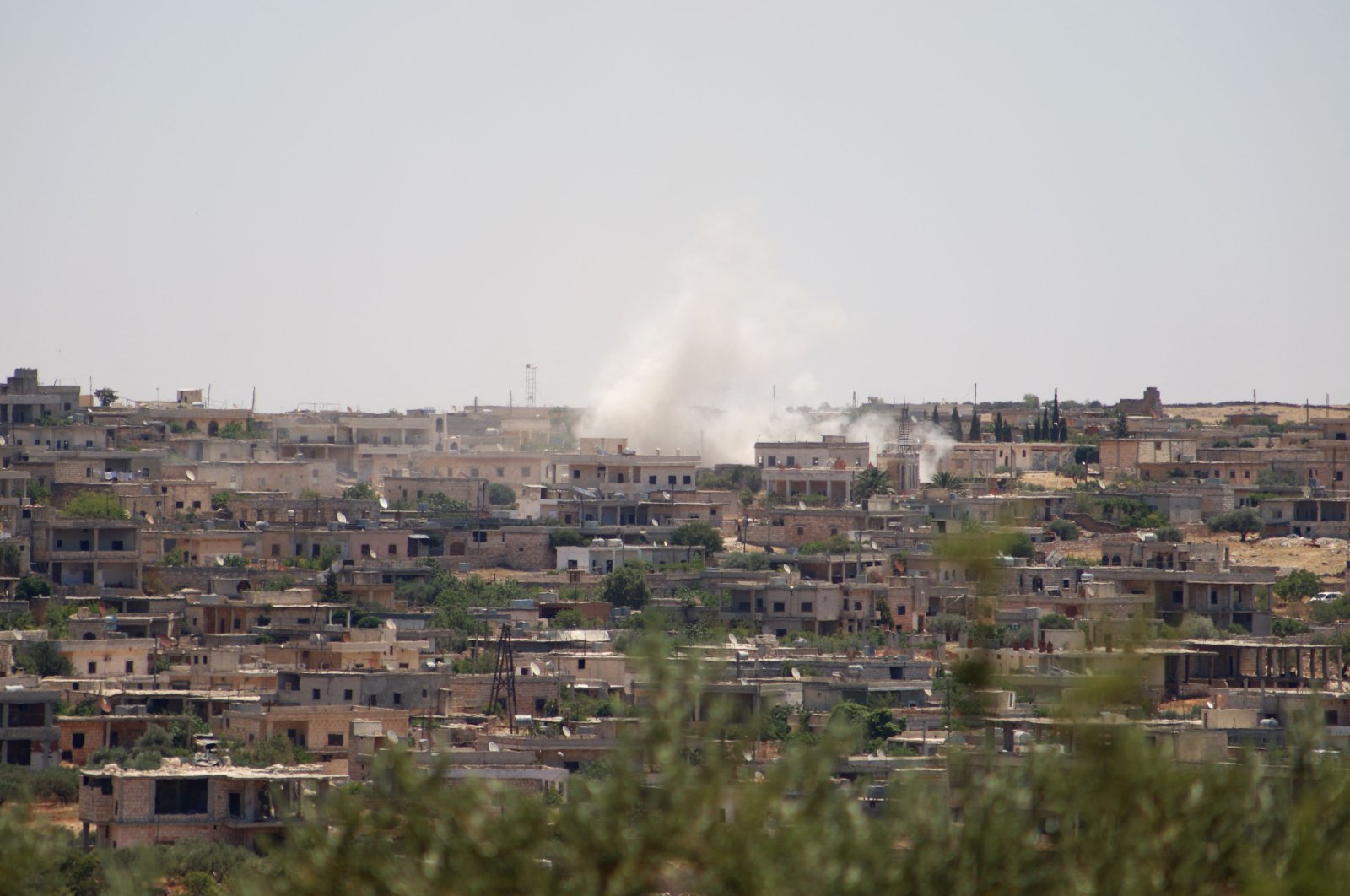 Smoke billows following reported bombardment by government forces in the town of Barah, in the Jabal al-Zawiya region of the opposition-held Idlib province, Syria, June 21, 2021. (AFP Photo)
by Anadolu Agency Jun 24, 2021 11:30 am

An attack by the Assad regime and allied Iran-backed foreign terrorist groups killed at least two civilians, including a child, and injured eight others in the opposition-held Idlib de-escalation zone in northern Syria.

The regime forces fired shells at six villages in southern Idlib, a village in western Hama, two villages in northern Latakia and two points in western Aleppo, violating a cease-fire deal in the de-escalation zone.

At least two civilians were killed, including a child, and five others wounded in the attack by regime forces in Afs village in southeastern Idlib. Three people were wounded in the attack on the Atarib district of Aleppo, Firas Khalifa, Idlib media head of the Syrian Civil Defense (White Helmets), told Anadolu Agency (AA).

Regime attacks on the de-escalation zone have escalated in recent months.

Syria has been mired in a vicious civil war since early 2011, when the Assad regime cracked down on pro-democracy protests with unexpected ferocity.