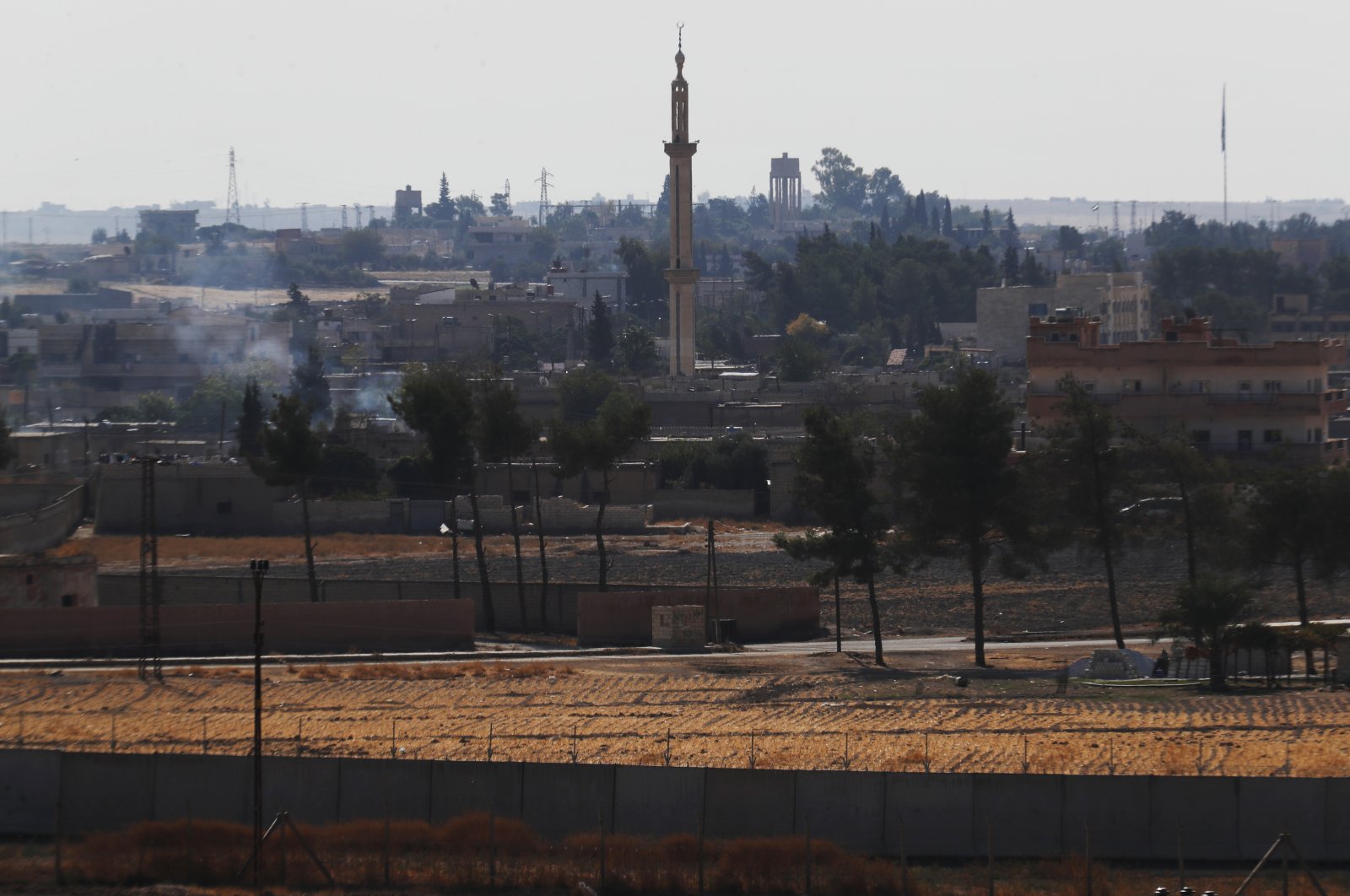 The Syrian town of Tal Abyad is seen from the border between Turkey and Syria, in Akçakale, Şanlıurfa province, southeastern Turkey, Oct. 23, 2019. (AP Photo)
by Daily Sabah with AA Dec 25, 2020 9:07 am
RECOMMENDED

Two civilians were killed after a bomb planted by the PKK's Syrian offshoot, the YPG, exploded inside a house in northwestern Syria Thursday.

The explosion occurred inside a home in a village located on the front line between the Syrian National Army (SNA) and the YPG terrorist organization in Tal Abyad province.

The bodies of the two civilians were trapped under the debris, according to local sources. Those attempting to retrieve the bodies of their relatives from the wreckage were attacked with mortar and artillery fire.

The relatives of the victims called on the United Nations and Turkey to provide them access to the bodies.

Turkish officials discussed the issue with their Russian counterparts to enable civilians to enter their village safely, according to security sources. They also asked Russia to urge the terrorists to halt their attacks on the village as soon as possible.

Tal Abyad is populated to a great extent by Arabs and was occupied by the Daesh terrorist group in 2014. A year later, the YPG occupied the city with the support of the U.S. Tal Abyad was cleared of terrorists as part of Turkey's Operation Peace Spring on Oct. 13. Since then, locals have gradually returned with humanitarian aid being provided with the help of the Turkish Armed Forces (TSK) and the Turkish Red Crescent (Kızılay).

YPG terrorists continue to attack Tal Abyad and the nearby town of Ras al-Ain despite pulling out of areas under a deal reached by Turkey and the U.S. on Oct. 17.

As part of the operation, a deal was also struck with Russia, in which Moscow was set to drive YPG elements from the area. “All YPG elements and their weapons will be removed from Manbij and Tal Rifaat,” the agreement said in the sixth article, while the seventh article added, “Both sides will take necessary measures to prevent infiltrations of terrorist elements.”

Yet, reportedly, the YPG presence in the region remains as it was prior to the agreement, giving the terrorists a base from which to attack civilian settlements.

Since 2016, in league with the SNA, Turkey has led a trio of successful operations across its border into northern Syria to prevent the formation of a terror corridor, enable peaceful settlement by locals and protect civilians from attacks: Euphrates Shield in 2016, Olive Branch in 2018, and Peace Spring in 2019.

In its more than 30-year terror campaign against Turkey, the PKK – listed as a terrorist organization by Turkey, the U.S. and European Union – has been responsible for the deaths of 40,000 people, including women, children and infants.