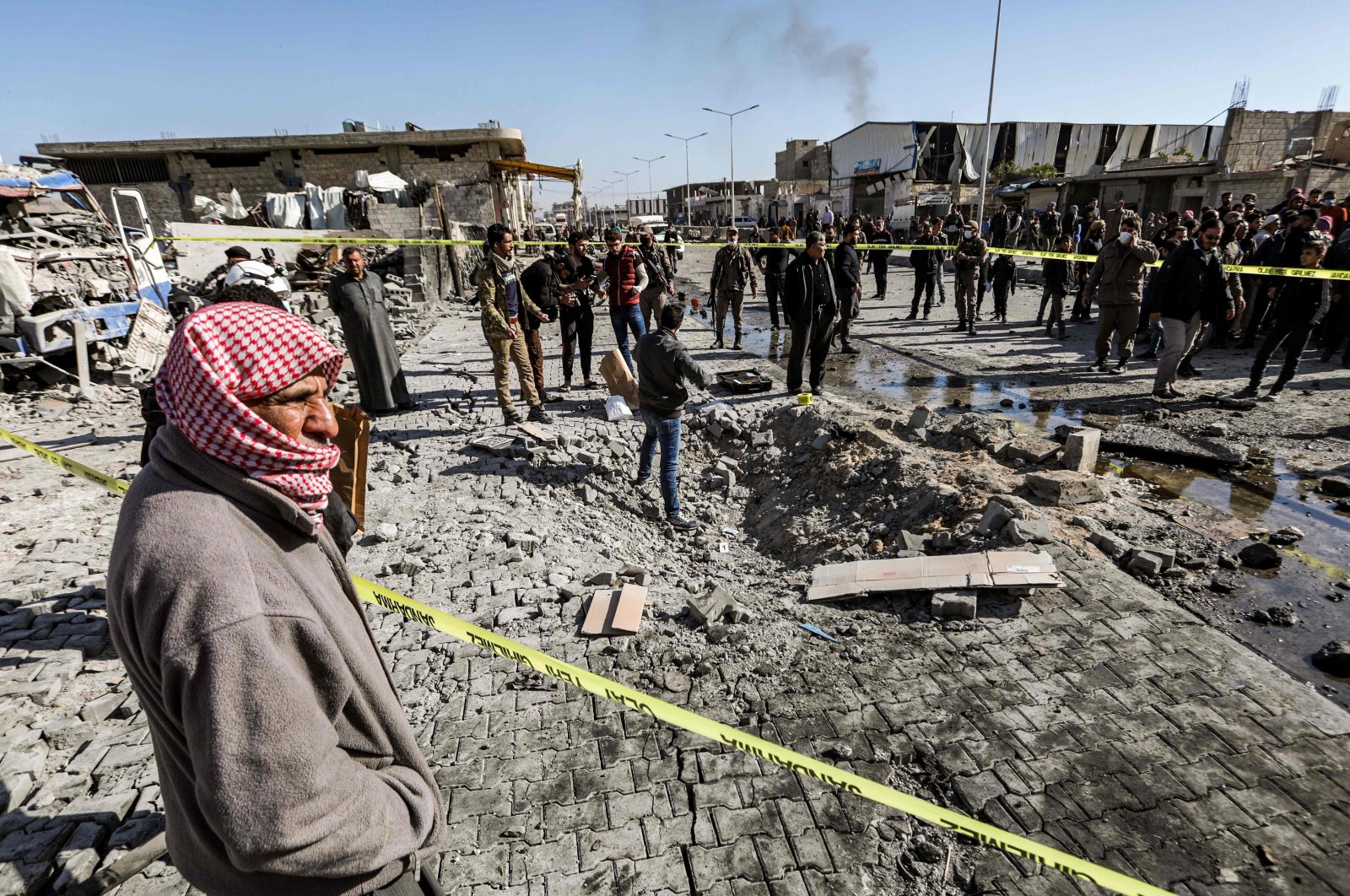 At least five civilians were killed and 18 others injured in a bomb blast in northern Syria’s al-Bab on Tuesday.

Attackers detonated an explosive-laden vehicle in the al-Bab district of Aleppo province, causing multiple casualties, according to Anadolu Agency (AA) reporters on the ground.

On top of the casualties, material damage was also reported in the area.

Firefighters were dispatched to the scene to extinguish the flames and wounded civilians were transferred to the hospital in al-Bab.

Local security forces are evaluating the possibility that the PKK terrorist organization's Syrian offshoot, the YPG, could be behind the attack in the city located near Turkey's southern border.

Once ruled by Daesh terrorists, al-Bab was liberated three years ago in Operation Euphrates Shield, which was carried out by the Turkish Armed Forces (TSK) and the Syrian National Army (SNA).

Turkey launched Operation Euphrates Shield on Aug. 24, 2016, to eliminate the terror threat on Turkey's southern borders posed by Daesh and the YPG/PKK.

Syria's civil war has killed more than 380,000 people since it started with the repression of anti-government protests in 2011.