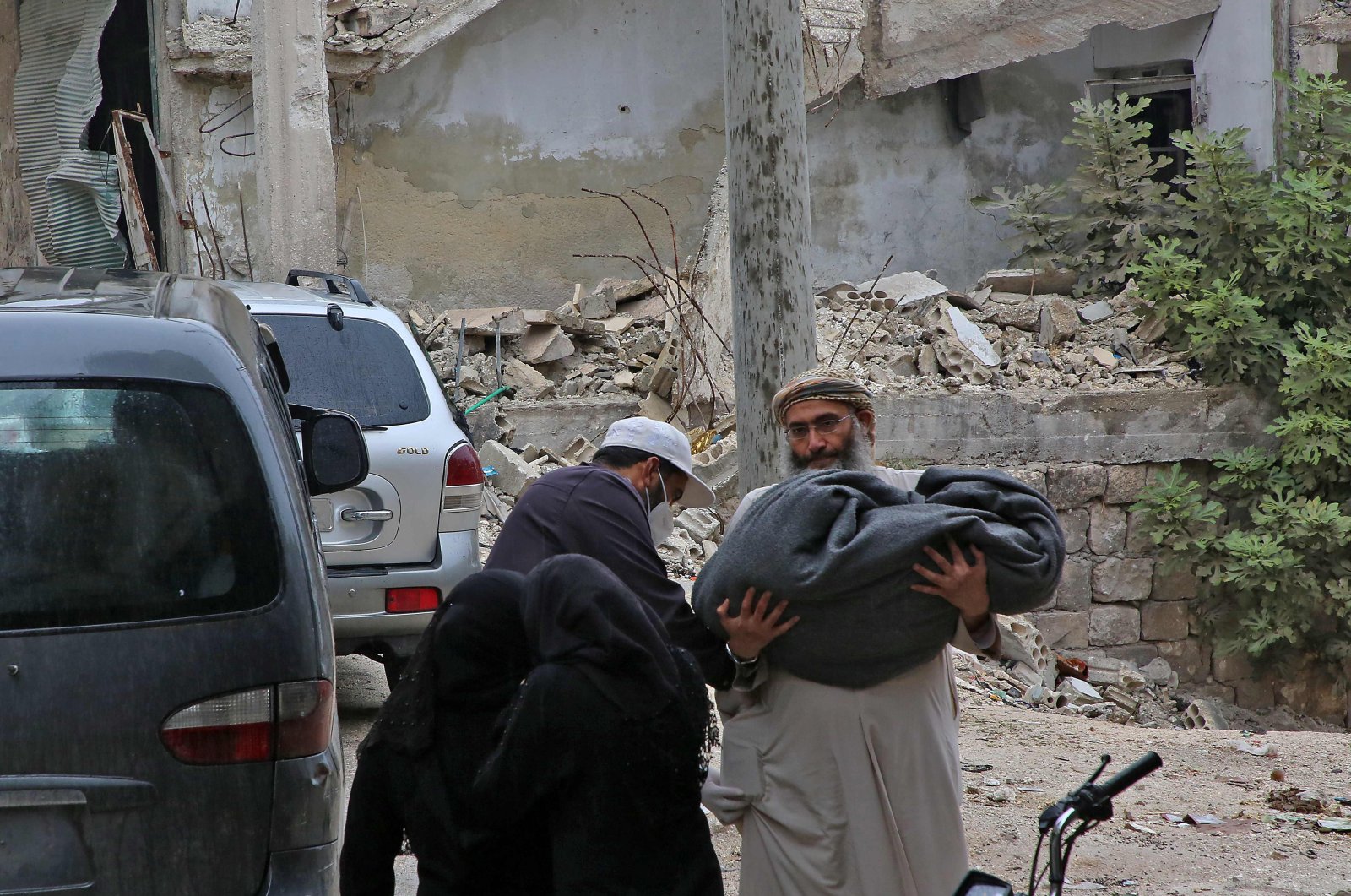 A Syrian man carries the body of a child killed in early morning shelling on the town of Ariha by government forces in the opposition-held area in northwestern Syria early on Nov. 4, 2020. (AFP Photo)
by DAILY SABAH Nov 04, 2020 12:56 pm

According to the White Helmets, 13 more were injured in airstrikes that violated the March cease-fire in Idlib and surrounding areas.

In March, a fragile truce was brokered between Moscow and Ankara in response to the months of fighting by the Russia-backed regime that launched military offensives on in Idlib, the country's last major opposition stronghold, and displaced almost a million people from their homes. Most of the refugees sought shelter at camps close to the Turkish border, while others went to areas under the control of the Syrian opposition.

While already struggling to survive airstrikes and meet basic necessities, humanitarian workers fear that civilians could encounter a further rise in coronavirus cases, which would be disastrous in northwestern Syria. The region is home to almost 1.5 million people, displaced by the bombings of Russia and the Syrian regime, live in overcrowded camps or shelters, often with poor access to running water.

Russian and regime forces, have repeatedly violated the cease-fire and conducted attacks on civilians as well as the Syrian opposition. Most recently, Russian airstrikes targeted an opposition training camp on Oct. 26, killing at least 78 soldiers and wounding another 90.