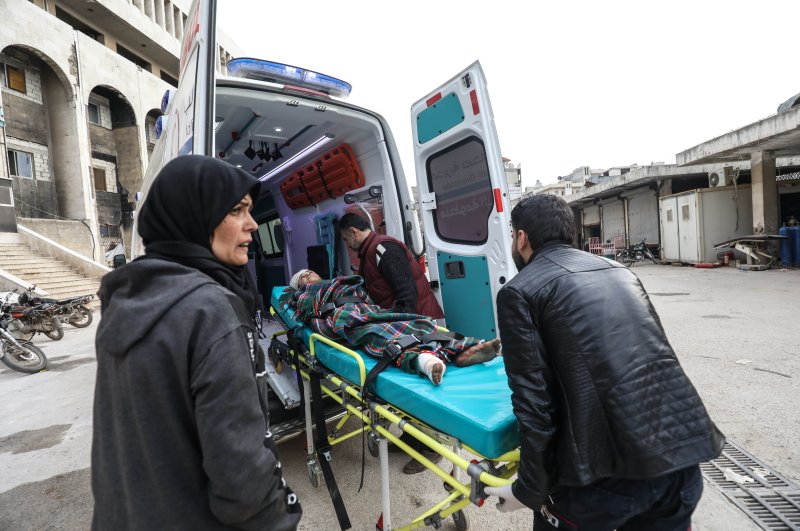 A child is taken into an ambulance after an Assad regime bombardment (AA Photo)
by Anadolu Agency Feb 27, 2020 10:41 pm

A total of 11 civilians, including five children, were killed in regime artillery fire in an area of northwestern Syria under a nominal cease-fire, local sources said Thursday.

The regime and its allies have continued intensified air and land attacks on civilian settlements in the de-escalation zone.

But more than 1,800 civilians have been killed in attacks by the regime and Russian forces since then, flouting both the 2018 cease-fire and a new one that started this January.

Attacks by the regime and its allies have also targeted Turkish soldiers on a peace mission in the region in recent weeks.

Turkey remains the country with the most refugees in the world, hosting more than 3.7 million migrants since the start of the Syrian civil war in 2011.