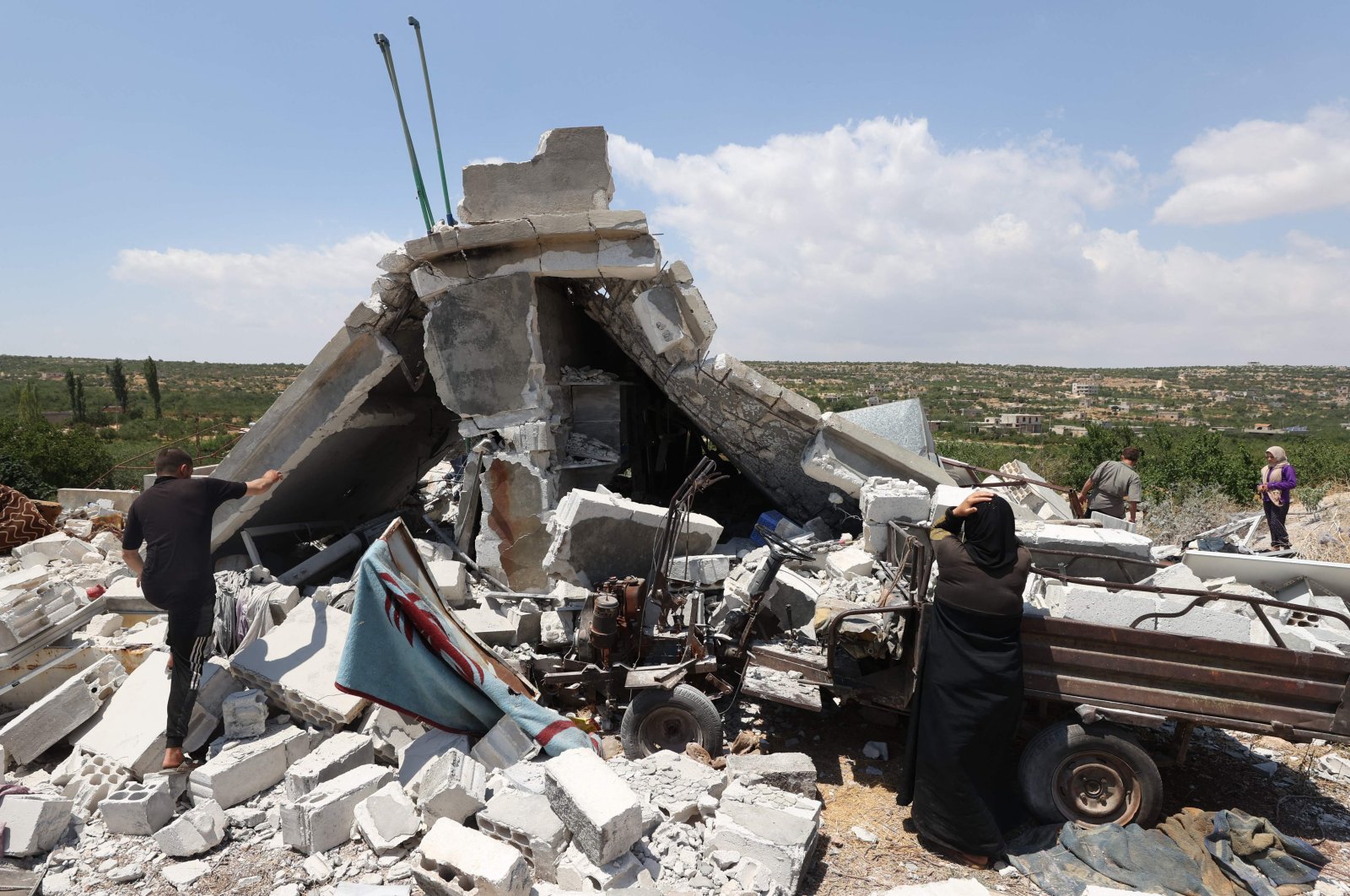 People salvage belongings from a house destoyed by a Russian missile attack in the Jabal al-Zawiya region in the south of Syria's opposition-held Idlib province, on July 4, 2021. (AFP Photo)
by DAILY SABAH
Aug 01, 2021 4:04 pm

The Bashar Assad regime and its backer Russia on Sunday stepped up their attacks on Syria’s northwestern Idlib province as part of their weekslong campaign on the opposition bastion.

“Today, The regime forces and Russia have intensified the bombing of the residential neighborhoods in Zizoun village, in Sahel Alghab,” the White Helmets, a Syrian civil defense group stated. It wrote on Twitter that due to the “non-stop bombing,” their teams are facing difficulties in responding.

Most recently, Mohammad Hallaj, the director of Syria's Response Coordination Group, told Anadolu Agency (AA) that the Assad regime and its backers have violated the ongoing ceasefire in the Idlib region at least 800 times in the last 45 days, killing at least 66 civilians.

The Syrian regime, however, has consistently violated the terms of the ceasefire, launching frequent attacks inside the de-escalation zone.

Furthermore, the White Helmets stated that “the regime's forces and Russia continue to bomb and impose the siege on many residential neighborhoods in Daraa province in the south of Syria.”

“After the bombing and siege, the regime's intentions are obvious, to break into the city and commit massacres,” it added.

Assad regime forces carried out a ground operation in a central neighborhood in the city of Daraa in previous days, before clashes spread to the countryside. At least 15 civilians lost their lives in regime attacks.

Eight civilians, including several children, were among the 23 people killed last Thursday in the fiercest clashes to rock Daraa since it was captured by the regime, a war monitor also said.

Artillery shelling by regime forces on the village of al-Yadudah, northwest of Daraa, killed a woman, her child and three young people, according to the U.K.-based Syrian Observatory for Human Rights (SOHR).

Regime artillery fire also killed another child and two men in other parts of Daraa, according to the Observatory.